Advertisement
Home / Opinion / On climate change, children are the adults in the room

On climate change, children are the adults in the room

Children are bunking school, and young women have gone on a ‘birth strike’, to demand action on global warming 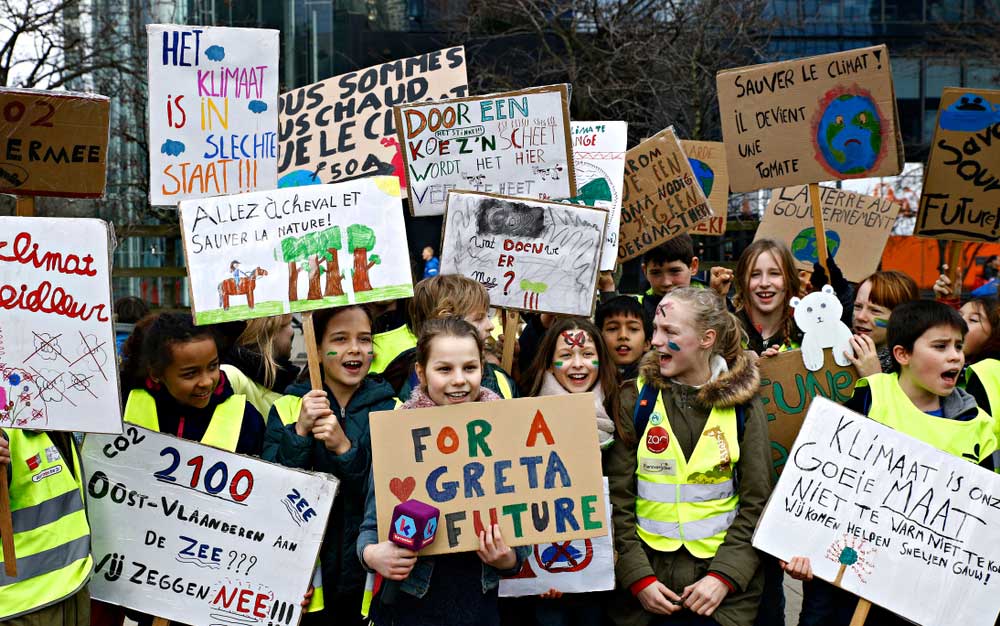 It is a topsy-turvy world. Adults are behaving like children and children are the ones taking mature action. Grown-ups in Britain are demanding to have their cake and eat it too and, in the United States of America, a septuagenarian has declared a national emergency to build a wall. As such, children have taken it upon themselves to sound the alarm about a crisis that is neither avoidable nor concocted: climate change. All over the world, children are bunking school to hit the streets to demand action to save the planet. Further, young women have gone on a ‘birth strike’, deciding not to have children in a world teetering on the brink of disaster. These demonstrations by the young are promising. But they are also an indictment of the selfishness of adults — those with power to affect change at the policy level — who have failed to protect the children’s future. Worryingly, a study published by the National Academy of Sciences shows that adult apathy and inaction could be a result of the “boiling frog” syndrome. The study argues that humans are like the fabled frog, which, if left in a pot of slowly warming water, will boil to death unlike a frog thrown into boiling water, which will jump out. Similarly, faced with extreme climate for more than two years in a row, most people adapt to it, losing their ability to perceive the changing weather pattern. Is it this oblivion that allows climate change denialists like the US president pass off the cold wave that gripped America as proof of global warming being a myth?

It is ironic that a generation known for its self-absorption can see the signs that adults with the actual memory of less extreme weather fail to discern. Can children feel the water boiling? They may not remember a better past, but they do foresee a worse future. A similar strategy might come in handy to spur adults into action. Besides the direct environmental impact, damage to infrastructure and reversal of decades of development owing to extreme weather are two immediate effects of climate change. The cost of mitigation will only increase with time, which is fast running out. Children have taken the lead, it is time adults followed.

Hide the children, the polar bears have invaded