India’s past synthesis with other Asian countries is now forgotten 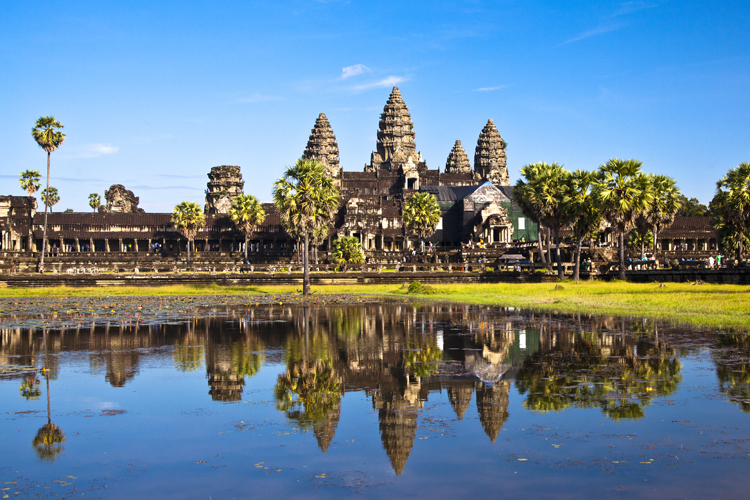 Sylvain Lévi’s inaugural address at the Sorbonne resounds on these shores of a stretch of water that sweeps away from Indonesia’s Riau Islands to the Pacific. “As Brahmanism has unified India,” Lévi declared in 1889, “India in turn has given a kind of unity to the people of Eastern Asia. From Persia to the China Sea, from the steppes of Siberia to the tropical islands of Java and Borneo, from the ports of Oceania to Socotra opposite Africa, she has propagated her beliefs, her genius, her civilisation and her stories. Through the long course of the centuries, she has marked a quarter of the human race with her indelible imprint.”

That unity was not forged by vandalizing historic monuments or forcing ghar wapsi on the weak and vulnerable. Nor was it achieved through tinkering with citizenship laws or a national register. Even less was it the handiwork of thugs on lynching sprees. Hinduism — Brahmanism to European orientalists like Lévi — has become almost a dirty word because of the buffoons and bullies among its practitioners who cannot grasp either the all-embracing grandeur of the original faith or Jawaharlal Nehru’s uplifting vision of India’s place in Asia. That is one reason why the domestic unity Brahmanism achieved is at risk today while the international synthesis Lévi lauded is forgotten. The past is another country also in Rome, Athens and Cairo. But nowhere is the disconnect so absolute as in India’s journey from the sublime to the ridiculous.

Two conversations come to mind. Jaswant Singh was once holding forth on Hindu influence in Indonesia when Paul Wolfowitz, George W. Bush’s Bahasa-speaking ambassador to Jakarta, repeated Rabindranath Tagore’s enigmatic comment, “I see India everywhere but find it nowhere.” I am also reminded of Nani Palkhivala surveying the contemporary scene from his flat overlooking the Arabian Sea to conclude in bitterness and despair that the wheel of fortune turns just once. “A country that has once been great can never be great again,” he mused. The island where I am writing this is a projection of that greatness. It was a busy trading post between China and India, shaped by Malays and Bugis, Portuguese, Dutch, Arabs and the British. Princes feuded over it, European traders wrestled for dominion, and sea battles sealed the fate of invaders and defenders alike. Malaccan kings ruled from the 13th century; the sultanate of Johore survived till the 18th.

They were offspring of Srivijaya, the first kingdom to dominate Southeast Asia. It flourished from the 8th to the 12th century, used complex technology to exploit maritime resources, traded with China, fostered religious, cultural and commercial links with Buddhist Bengal, and even reached out to the Islamic caliphate. Sri Tri Buana, a Hindu Srivijayan prince, hunted on this island but established his capital in nearby Temasek, which he renamed Singapura, the lion city. Some chroniclers identify Sri Tri Buana’s ancestor, Raja Chulan of Kalinga, with Rajendra Chola. Others trace his descent from Alexander the Great and an Indian princess. History says that as Iskandar Shah of Malacca, he was the ancestor of Malaysia’s nine sultans.

Bowling along the Orissa coast in his jeep, Biju Patnaik once spoke of the annual Bali yatra festival, but I am not sure how many celebrants know they are honouring Srivijaya’s lost glory. Being unaware of modern Indian priorities, the French historian, George Coedès, who “rediscovered” Srivijaya in 1918, was surprised at India so “quickly” forgetting that “her culture had spread over such vast domains to the east and southeast” until a few Indian academics who had studied in Paris and Leyden “discovered, in our works and those of our colleagues in Holland and Java, the history of what they now call, with justifiable pride, ‘Greater India’”. That pride inspired Ramesh Chandra Majumdar, Kalidas Nag and Suniti Kumar Chatterji to form the Greater India Society with Tagore’s blessings. B.R. Chatterji gloated that though “Hindus had lost their independence in their own home”, India’s religion, culture, laws and government “moulded the lives of the primitive races all over” Southeast Asia so that “they imbibed a more elevated moral spirit and a higher intellectual taste... [and] were lifted to a higher plane of civilization”.

The principal reminders today of that empire of the mind are place names whose origin few remember, words whose Indian root passes unnoticed, Brahmanic institutions, practices and customs whose provenance is forgotten, and imposing places of worship in tolerant lands that don’t threaten them with the fate of the Babri Masjid. The Preah Vihear temple over which Thais and Cambodians came to blows in 2008, the magnificence of Borobudur and Prambanan in Java, Bali’s profusion of shrines, Angkor Wat’s stupendous pile, Thailand’s Prasat Hin Muang Tum temple and the region’s oldest Hindu architecture, Vietnam’s My Son sanctuary, speak of Greater India’s peaceful law-abiding societies and governments. “It was from India, especially from the south, that the people of Southeast Asia learnt the art of writing,” wrote A.L. Basham, claiming “the whole of Southeast Asia received most of its culture from India”.

Modern India’s indifference to its past (except when mouthing inanities about gold-bearing arteries, animal transplants and conception without insemination) is matched by the eagerness with which others make a grab for it. Styling its monarch Rama X, Thailand sees itself as ancient Ayodhya. Jaswant Singh’s Mekong-Ganga Suvarnabhumi project almost foundered on the rocks of pride and prejudice: Laotians claimed Suvarnabhumi as their own coinage while Vietnam complained that Thais had stolen the name for Bangkok airport. Sukarno visualized Indonesia as born-again Srivijaya with the boundaries of the greatest and grandest Hindu state of all, the Majapahit federation (1293-1527) with 98 tributaries from Sumatra to New Guinea.

Not all these claimants acknowledge their debt. Inheriting his father’s wisdom, Singapore’s prime minister, Lee Hsien Loong, alone pays unconditional tribute to India’s “enormous influence, economically and culturally too”. Others are less generous. Although Prince Norodom Sihanouk agreed that “the Khmer civilisation is a child of the Indian civilisation and we are proud of that” he criticized the “generally superior attitude” of Indians. Thailand’s Princess Sirindhorn feels that people who like to believe the Buddha was born in Thailand might resent talk of Indian influence, preferring the neutral adjective “Indic”. Muslim Indonesia (where I found my first Ganesha) has so thoroughly internalized the Ramayana through its wayang kulit puppeteers that — so the story goes — a visiting Indian dignitary was asked after a performance, “I believe you have something like it in your country too?”

Indonesia has travelled far since its foreign minister declared patronizingly that the Association of Southeast Asian Nations was talking “even” to a “developing country” like India. The relationship is no longer stormy. Last year Jakarta issued a Ramayana-themed stamp to mark 70 years of diplomatic relations. But objections when a dhoti-draped statue of Gajah Mada, the 14th century Javanese minister of the Majapahit empire, in Jakarta, prompted me to speculate in print on the many versions of a garment that marks the perimeters of Hindu influence indicated sensitivities that still lurk just below the indifference.

With 742 languages, 300 ethnic groups, six official religions and more than 18,000 islands, Indonesia (motto Bhinneka Tunggal Ika, unity in diversity) could reverse historic roles and be the model for an India that Lévi called the world’s only great civilization without a history. Noting how a unified India had helped to unite the region, he praised two elements — Brahmans and Sanskrit — for establishing order in chaos and giving solidity to a heterogenous mass. Today’s equivalents are parliamentary democracy and the rule of law. In saving India, they might also rescue Lévi’s Brahmanism from the frenzy and degradation of politically motivated mobocracy. The same waters that carried the tides of culture to these islands can wash modernity back to the regressive mainland.