PM Modi's “Act East” bombast may be just a bid to steal the thunder of Narasimha Rao’s policy, but Singapore has changed 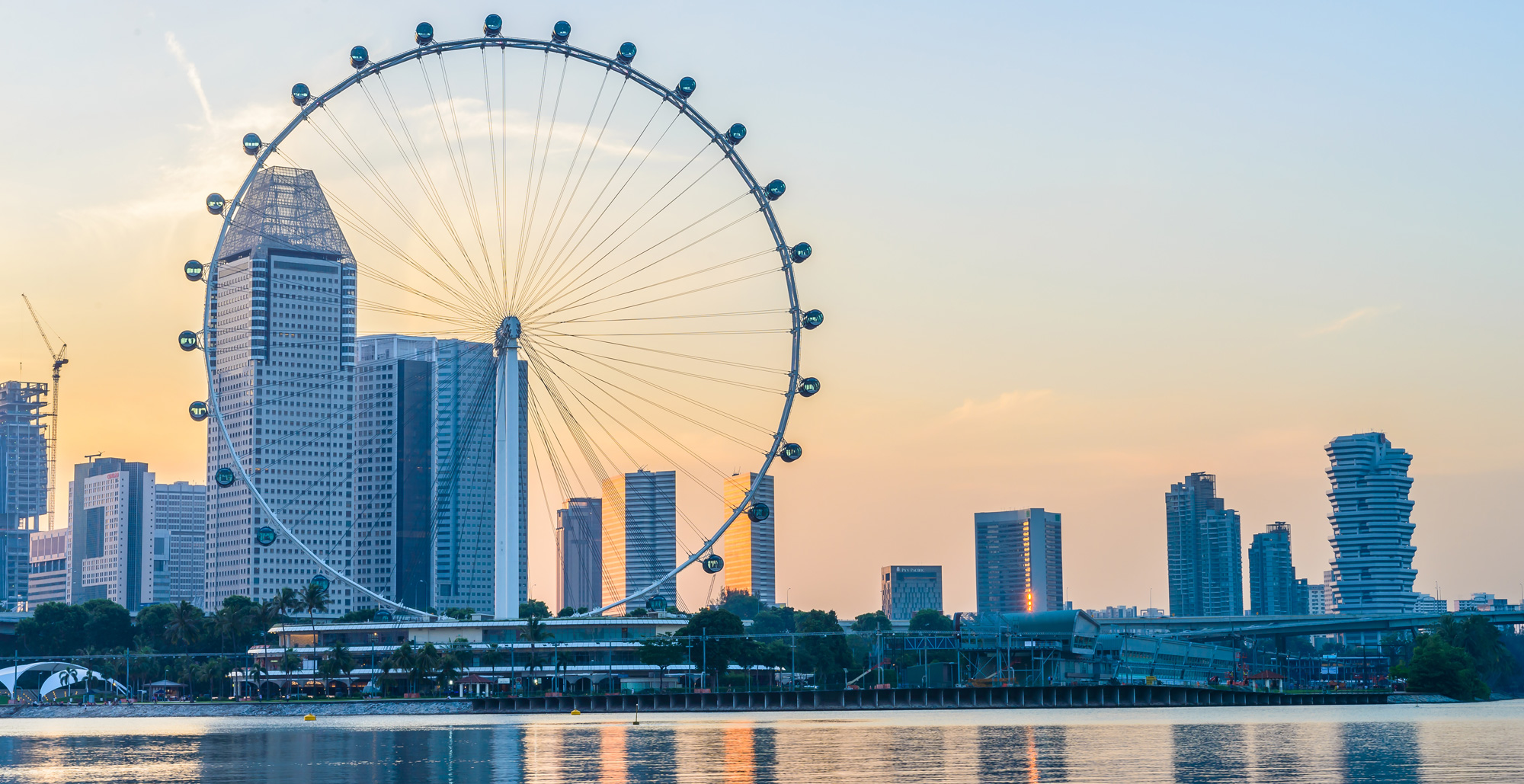 A view of the Singapore Flyer. Singapore is in many ways a pleasanter place than it was as a paragon of strictly enforced perfection.
Shutterstock
Sunanda K. Datta-Ray   |   Published 26.01.19, 03:43 AM

With Singapore’s veteran ambassador-at-large, Gopinath Pillai, now also special envoy to Andhra Pradesh, the island-state may yet live up to initial hopes of a catalytic role in India. If nothing much seems to be happening, it is not only because Narendra Modi’s “Act East” bombast turned out to be a brazen attempt to steal the thunder of P.V. Narasimha Rao’s pioneering Look East policy. Singapore’s embattled paradise recalls our taxi driver taking the wrong exit from the expressway one night, and muttering as he backed out, “It’s all right lah, Lee Kuan Yew sleeping now!” Asia’s miracle city must adjust to LKY never waking up.

Singapore is in many ways a pleasanter place than it was as a paragon of strictly enforced perfection. I remember feeling relieved in the 1990s after crossing the causeway to Johor Bahru in Malaysia and seeing the frozen hands of a broken-down clocktower clock. It was like being back in India. The immediate impact of a visit after a gap of six years is that Singapore seems more human. People are chatty. I dared not pause on platform or pavement without some kindly stranger offering help. A small innovation like lifts at either end of overbridges speaks of greater concern for public convenience. People used to grumble that overbridge stairs, built high and steep to conserve scarce land, were too arduous for the elderly. Now lifts whiz up and down in MRT stations supplementing escalators that can be tricky. The altered underlying attitude bears out the effectiveness of LKY’s social engineering, the “kinder, gentler” society his successor, Goh Chok Tong, promised, and the absence of complacency that marks the regime of LKY’s elder son, Lee Hsien Loong.

Race relations are easier at the popular level, but fears regarding future stability have killed speculation that Tharman Shanmugaratnam, the Ceylon-Tamil deputy prime minister with a Chinese-Japanese wife, might take over from Lee Hsien Loong as Singapore’s first non-Chinese prime minister. No one talks nowadays of balancing China with India, as LKY did. Goh’s “mild India fever” is a vanished memory. The prediction in 2005 was that the just signed Comprehensive Economic Cooperation Agreement would herald “a larger process of Asian integration”, revitalizing India with lavish foreign investment funds while guaranteeing Singapore permanent middleman’s fees. Bilateral trade was expected to soar to more than $50 billion by 2010. Although CECA’s second review was announced during Modi’s visit to Singapore last June with India’s commerce ministry promising it would “boost bilateral trade”, the actual figure of $17.76 billion falls far short of even the 2010 target.

The prime minister’s wife, Ho Ching, chief executive of the sovereign wealth fund Temasek, which invested extensively in India at one time, is not mentioned nowadays in that connection. India’s only champion (if that isn’t too strong a word) in the government seems to be the finance minister, Heng Swee Keat, who possibly acquired his interest as LKY’s trusted principal private secretary. While China’s overpowering global presence leaves little space for other regional powers, the feud between LKY’s three offspring casts a shadow on Singapore’s own future. Singaporeans wag their heads in the coffee shops and lament that only their strong-minded mother, Kwa Geok Choo, a highly successful Cambridge-educated lawyer in her day, could hold the family together. The two brothers, Hsien Loong and Hsien Yang, and their unmarried neurologist sister, Wei Ling, have been at loggerheads almost since she died in 2010.

The ostensible bone of contention is LKY’s colonial bungalow at 38 Oxley Road. The general belief is he wanted the house demolished because he did not hold with shrines and monuments. The assumption seems plausible for if Singapore hasn’t changed any place names and memorials from British times, it hasn’t built to the glory of nationalist leaders either. But the house dispute prompts more substantive suspicions. Last year, the prime minister’s siblings accused him of grooming his 30-year-old son, Li Hongyi, an MIT-trained computer engineer, for politics. Li Hongyi’s cousin and Lee Hsien Yang’s eldest son, Li Shengwu, 34, an associate professor at Harvard, who is also said to be eyeing a political career, is being investigated for contempt after a private Facebook post saying that “the Singapore government is very litigious and has a pliant court system”. His mother, Lee Suet Fern, a well-known lawyer, has been at the centre of the dispute over LKY’s will which he reportedly changed six or seven times. The gossip mills boiled over when Lee Hsien Yang was seen breakfasting at a hawker centre with Tan Cheng Bock, a septuagenarian medical doctor and six-term parliamentarian who retired in 2006 from the ruling People’s Action Party and seemingly from politics but is now launching a new Opposition party. Hsien Yang has since admitted to giving the new party money.

As if this were not enough, Singapore and Malaysia have been bickering at each other since last May when the 93-year-old Indian-origin Mohamad Mahathir returned to office as the world’s oldest head of government. Differences range over a number of subjects like a proposed Singapore-Kuala Lumpur high speed railway, Mahathir’s vision of a scenic bridge zigzagging from Johor Bahru to Singapore, territorial waters, air space and charges for water purification. This last is a potentially explosive issue. Ever since 1927, Singapore, which has no water of its own, has drawn supplies from what is now Malaysia under one agreement or another, purified the water and bought some of it for its own needs. Now that all the agreements have expired, Mahathir is demanding a price rise.

With so much on its plate — perhaps because of it — Singapore is seeking new roots. The quest has yielded four heroes who somewhat diminish the role of Stamford Raffles, the British administrator whose arrival in 1819 on board the Indiana with 120 sepoys, lascars, assistants and servants is regarded as the birth of modern Singapore. In its determination to celebrate 720 years of history, Singapore is treating Raffles almost as shabbily as Calcutta treated Job Charnock. Foremost among the new pioneers is Sang Nila Utama, a Srivijayan prince from Sumatra who followed the vision of a lion and founded the kingdom of Singapura in 1299. Then comes Tan Tock Seng, a 19th century ‘Kapitan China’ (government-appointed head of the Chinese community) after whom a hospital is named. Abdullah bin Abdul al Kadi was a munshi of mixed Arab, Tamil and Malay descent and Raffles’s scribe and copyist. Finally, Narayana Pillay, a Penang trader who accompanied Raffles, became chief treasury clerk and is regarded as Singapore’s first Indian settler. Images of these four men are a moveable feast: they were never where I was told to look for them. However, a white marble Raffles still gazes serenely across the river, despite a threat by James Puthucheary, an early head of Singapore’s industrial promotion bank, to replace him with Marx or Lenin. LKY stopped Puthucheary when a Dutch economist warned that removal would erode investor confidence.

Singapore’s newly-discovered pioneers also distance the island from China. About 50 of the 120 people Raffles found “living at subsistence level on fishing, root-staples and piracy” were Chinese. The bulk came later, “descendants of illiterate, landless peasants” (as LKY told Deng Xiaoping) whose migration was explained by the Chinese saying, guo po jia wang (the country is defeated and the home lost). Even in 1948 they comprised only 25 per cent of voters. Only one Chinese was elected to the legislative assembly in Singapore’s first election that year against three Indians, one of whom, S.C. Goho, defeated Malati Pillai, a prominent social worker. Her son Gopinath now has a chance of demonstrating that Singapore’s India link didn’t die with LKY, and by ensuring that Telangana’s Rs 58,000-crore Amaravati project doesn’t share the fate of the joint airline, tourism aerobridge and Bangalore airport.