India’s place in the Islamic world 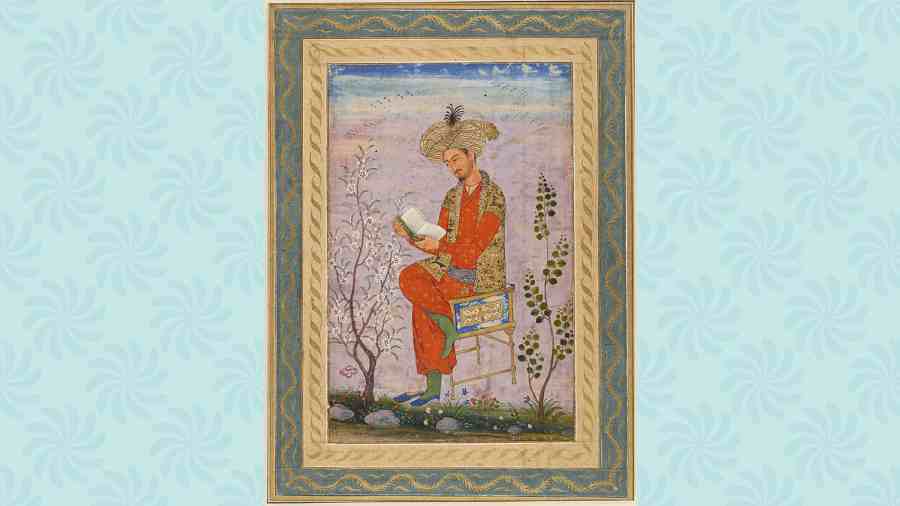 The reactions from a number of Islamic countries to insulting remarks about the Holy Prophet have raised larger issues about India’s place in the Islamic world. In downtown Srinagar, on a recent visit, there were images that struck me as a casual tourist. Kashmir’s medieval mosques and khanqahs wear their Buddhist and Hindu past with ease — some resemble pagodas and even an untrained eye is reminded of Buddhist chaitya halls or Hindu temple spires.

Alongside there is much to remind also of Kashmir’s proximity to Central Asia. For instance, it can be found in the mass of graves that surround the tomb of the mother of the 15th century ruler, Sultan Zain-ul-Abidin. The tomb with its dome, glazed tiles and brickwork is a pure Central Asian transplant and the Sultan himself is also believed to be buried here. More easily identifiable amongst the many graves is that of Mirza Muhammad Haidar Dughlat, a contemporary of the Mughal emperor, Humayun, best known for writing a book — the Tarikh-i-Rashidi is a history of Central Asia and of the Mughals. What makes this Mirza even more interesting is how Kazakhstan — the Central Asian neighbour most distant from us geographically — has claimed him as one of its own, naming a prominent university in his honour and commemorating him in other ways.

There are other similar examples. In Turkmenistan, soon after its emergence as an independent state from the edifice of the Soviet Union, a search began for potential national icons. A largely forgotten affiliation was discovered with Bairam Khan, a premier noble in Humayun’s court. Bairam fitted the role required to be an icon for a newly-independent country. He had been regent when Akbar was a young boy and played a critical role in stabilising the Mughals at a difficult time in their early history in India. For a nascent Turkmenistan, this was a good enough reason to incorporate him as part of its national pantheon where he remains a prominent figure. Even more striking is the case of Babur in Uzbekistan where the Mughals were repeatedly defeated and forced out by the Uzbeks in the late 15th and early 16th centuries. Babur as a young princeling had to make his way to Kabul. Babur’s future greatness as the founder of an empire in India that went on to outrank the Safavids in Persia or the Ottomans in Turkey makes him an Uzbek national hero. Shaybani Khan, the native Uzbek who defeated and forced him out, remains in relative obscurity.

So in Central Asia, the Mughals of India are often invoked as successful builders of States. To our east, across the whole of Southeast Asia, influences from India have permeated the region for over two millennia. The wide prevalence of Indian scripts, languages, religious motifs, iconographic and architectural styles over the first millennium riveted the attention of many in India. In the early decades of the last century, a fraternity of historians organised themselves under the banner of a ‘Society for the Study of Greater India’. To them, this expansion of Indian culture across the Bay of Bengal all the way to the Pacific represented almost a colonisation, even if it was usually without political and military domination.

From the beginnings of the second millennium, this impulse grew weaker and the Hindu and Buddhist influences across Southeast Asia withered away. The advent of Islam in South Asia was ascribed responsibility for this by these scholars — the fountainhead in India having eroded, the spiritual nourishment that Southeast Asia had received was no longer available and, they argued, across the region once flourishing Buddhist and Hindu kingdoms eroded and disappeared much as they did in India.

The Greater India school of history writing itself had a short shelf-life. Its scholarship was to a great extent rooted in India’s colonial status where asserting a cultural supremacy in our ancient history tempered the humiliation of being a subject nation. More detailed research showed the limitations of postulating a direct transplanting of Indian culture in Southeast Asia. There was also a pushback from historians and scholars in largely Islamic Indonesia and Malaysia: themselves in the throes of decolonisation, they were loath to accord a hegemonic status to Indian Buddhist monks and Hindu priests in the first millennium.

For us in India, the scholarship of the Greater India Society stands out as it represented a major indigenous impulse to study non-Indian history and perhaps the only one to date. And yet, alongside its other limitations, these historians remained myopic towards Islam in different parts of Southeast Asia from the 15th century. They did have the empirical evidence that over large parts of the region Islam carried an Indian tag and, in fact, had reached from the coasts of India. Scattered through their writings are references to how the Islamisation of the Malay-Indonesian world began with Muslim preachers and traders from India in the Karnataka, Malabar and Coromandel coasts, and followed an earlier template of Buddhism and Hinduism reaching these shores. Yet this remained largely peripheral to their principal interests and was perhaps another reason why they remained cut off from emerging intellectual trends in Southeast Asia. Perhaps delving into this question today would also show up other connections or even pose the question whether the popularity in Indonesia of the much-derided Tablighi Jamaat, on account of the infringement of Covid regulations in Delhi at the start of the pandemic, follows a circuit established centuries earlier by traders, Buddhist monks and Hindu priests from India.

An exaggerated value need not be placed on these old connections. They certainly do not count for much in the transaction-based environment in which modern strategic and economic partnerships are forged. But it is not as if they count for nothing and at the very least ignoring them is an opportunity missed. Such, at least, are the thoughts when one sees the grave of Mirza Muhammad Haidar Dughlat in downtown Srinagar.

T.C.A. Raghavan is a retired diplomat