Come 2019, the promised water and irrigation resources may disappear again 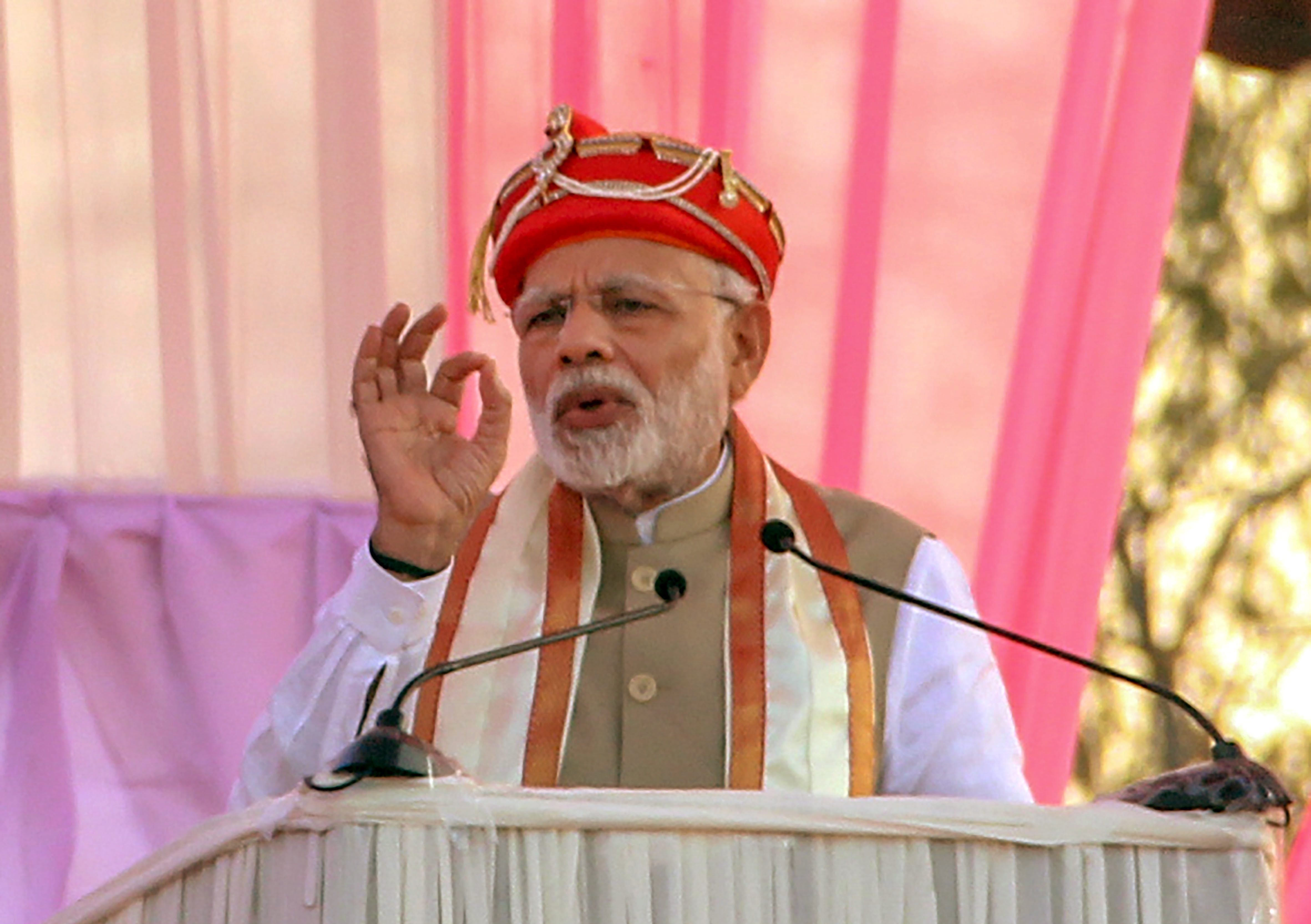 The prime minister would have to have a magic wand to ensure the completion of all priority or national irrigation projects by the end of 2019, not to mention solve all problems related to irrigation by 2022
PTI
Nilesh Jain   |   Published 21.12.18, 01:41 PM

In its 2014 election manifesto, the Bharatiya Janata Party promised to “increase irrigated land [by] completing the long pending irrigation projects on priority”. The prime minister, too, has repeatedly pointed out that his government would complete 99 irrigation projects by 2019 and claimed it has actually achieved this goal substantially by citing half-cooked data from the Union ministry of water resources. But, out of the 99 projects, 74 are still waiting for the construction of field canals and command area development. Other targets are also unachieved; the budget allocations, too, are less than originally planned.

India has some 200 million hectares of agricultural land, out of which 105 million Ha of does not have any kind of irrigation resources. India’s large and small potential projects are lagging years behind schedule. Further, the Niti Aayog’s recently released, Composite Water Management Index, showed that it is suffering from the worst water crisis in history. A report tabled in Parliament by the comptroller and auditor general says that “[a]s of March 2017, only five out of 16 National projects with estimated Irrigation Potential... of 25.10 lakh Ha were under implementation. The remaining 11 projects with estimated IP of 10.48 lakh Ha are yet to start.” Moreover, even after spending Rs 13,299 crore on the five projects under implementation, none of them is near completion. The CAG has reported similar findings throughout the past 4 decades.

This is not all. The watershed development component of the Pradhan Mantri Krishi Sinchayee Yojana to recharge groundwater in rain-fed agricultural areas has been facing a fund crisis; its completion rate is around 10 per cent. The Accelerated Irrigation Benefits Programme seeks to complete 149 unfinished irrigation projects out of 297 major and medium ones introduced in 1996. Of these, 99 which could be completed by December 2019 were identified in 2015-16, at the launch of PMKSY. Of these, 23 projects were given first priority with a deadline of December 2017, the next 31 were to be completed by December 2018, and remaining 45 by the end of December 2019. Yet, in February 2017, out of 3.65 lakh Ha IP, only 0.97 lakh Ha has been achieved in the first phase. Not to mention that some of the projects in all three phases were already in various stages of completion even before the launch of the PMKSY.

The budgetary allocation for the PMKSY as well as for the performance of projects — from the construction of resources to the use of the already developed resources — is meagre and unsatisfactory. There are other, perhaps more reasonable, explanations for the dissatisfying implementation of the scheme like cost-escalation, administrative delays in land acquisition and statutory clearances for the project sites, non-adherence to environmental provisions, creation of actual irrigation potential, diversion of water for industrial purposes, unavailability of drinking water and poor third-party contract management.

In addition, lack of effective and adequate utilization of irrigation potential in the last three to four years is an issue that has not been addressed by the scheme yet. The depletion and contamination of groundwater and a rise in the burning of crop residue in northwestern India owing to the wider irrigation network are some recent developments that directly or indirectly affect the implementation of the PMKSY as well.

The prime minister would have to have a magic wand to ensure the completion of all priority or national irrigation projects by the end of 2019, not to mention solve all problems related to irrigation by 2022. In Gujarat, the water disappeared after the elections. The government cut off irrigation water supply to four districts dependent on the Sardar Sarovar Dam citing shortage of water in the river. This paucity did not seem to exist at the end of the monsoon when the prime minister rode his seaplane during the campaign or even before and after the election campaigning, when the government touted the success of PMKSY. Come 2019, the promised water and irrigation resources may disappear again.