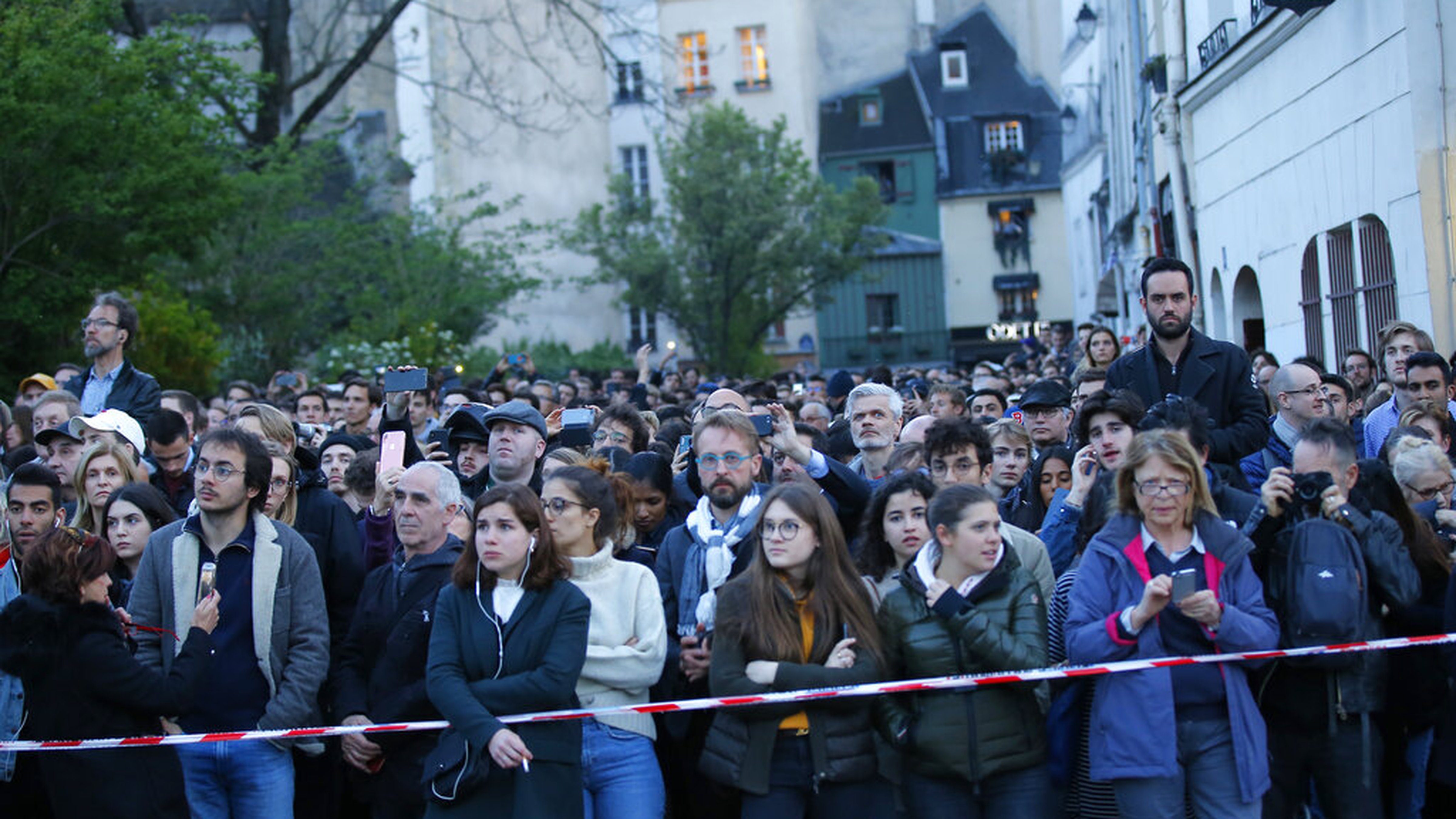 When the National Museum of Brazil burnt down, it wiped out records of lost civilizations, parts of the history of a continent. But the fire at the cathedral of Notre-Dame in Paris that destroyed its incredibly delicate-looking wood-and-lead Gothic spire threatened history of a different kind. It was as though the most famous iconic marker of French identity had gone up in flames. The spire soared up to the sky in prayer and beauty, representing a remarkable period of architecture in Europe, a phase in the evolution of its culture. It presented, too, a physical site for the changing scenes of French history, its royal reigns, revolutions, wars and coronations. The cathedral houses invaluable treasures, among them a relic thought to be the crown of thorns. It is not just the sheer beauty of a structure that makes it symbolic; the world is full of astonishing edifices. It is the human imagination that pours dreams, love, faith, worship, a longing for peace and the concept of perfection into brick and stone, thus making a building into a vehicle of cultural memory and a witness to the stream of continuity and change.

Even the beauty of Notre-Dame is layered, having been built, altered, ransacked, damaged, and restored again with awareness and love during the Gothic revival in the 19th century. One of the impulses behind that restoration was Victor Hugo’s 1831 novel, translated as The Hunchback of Notre Dame. But Hugo’s title was Notre Dame de Paris, for that was the setting of his epic tale ranging from kings and archdeacons to the lowliest inhabitants of the city. Hugo used his story of the kind gypsy, Esmeralda, the devoted hunchbacked bell-ringer, Quasimodo, both defeated by lust, villainy and cowardice, as sugar-coating for all that he had to say about the beauty and significance of Gothic architecture, because he was dismayed at the way the cathedral was being altered according to the contemporary taste for the neoclassical. It may be part of the ironies that seem to pursue the cathedral that this fire occurred when long-delayed repairs were taking place. A building that sees 14 million visitors a year should have had better maintenance. But political correctness in self-consciously secular times demands caution when a religious structure is concerned.

The fire has — another irony — opened up purses all over the world, although, predictably, that is being criticized against the context of what the Yellow Vests movement represents. But the symbolic power of Notre-Dame transcends its religious associations. It is a testimony to the beauty hundreds of human beings can create over years, perfecting the same form as though dreaming up the same image. The fire occurred on another historic day in France, when the president would have announced how he meant to address the Yellow Vests’ demands. Like the rebuilding of the spire, that, too, will have to be done.

'They can't even bear to say it's Notre Dame'