'They can't even bear to say it's Notre Dame' 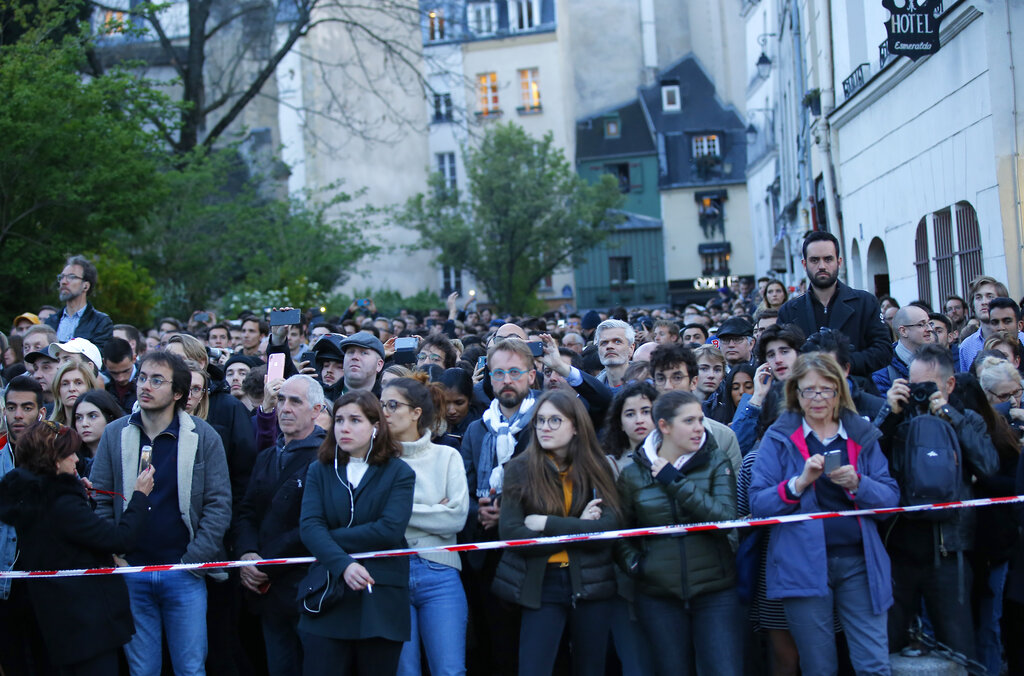 Panicked by the burgeoning crowd, police officers shouted hoarsely for bystanders to back away and leave room for the dozens of fire trucks that wailed toward us. But the tourist season is upon Paris, and among the hundreds murmuring around me I heard seven or eight familiar languages and others, less familiar. None could take their eyes off the torched cathedral.

On the metro, the conductor warned that the station 'Cite' was closed by police order.

'They can't even bear to say it's Notre Dame,' an old man mumbled as he crossed the platform.

For Paris schoolchildren, Notre Dame is a required outing. A class in my daughter's school took the metro to Cite on Monday afternoon, doubtless grumbling and fidgeting the entire way. They were almost certainly among the last for years to come to pierce the cathedral's grand dimness, to crane their necks at the rose windows and contemplate whether to light a candle. 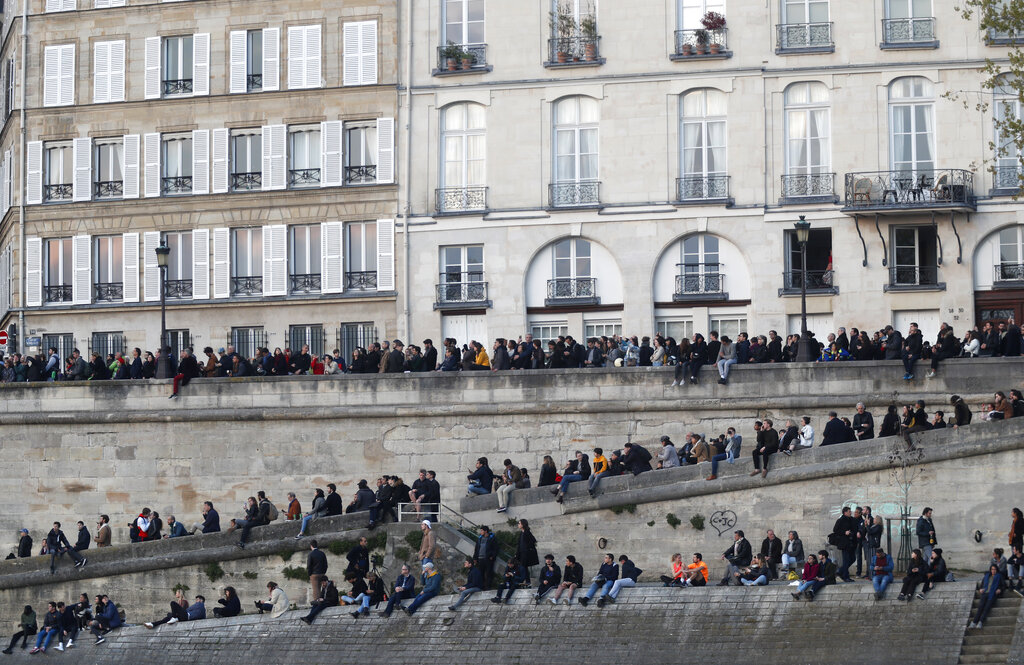 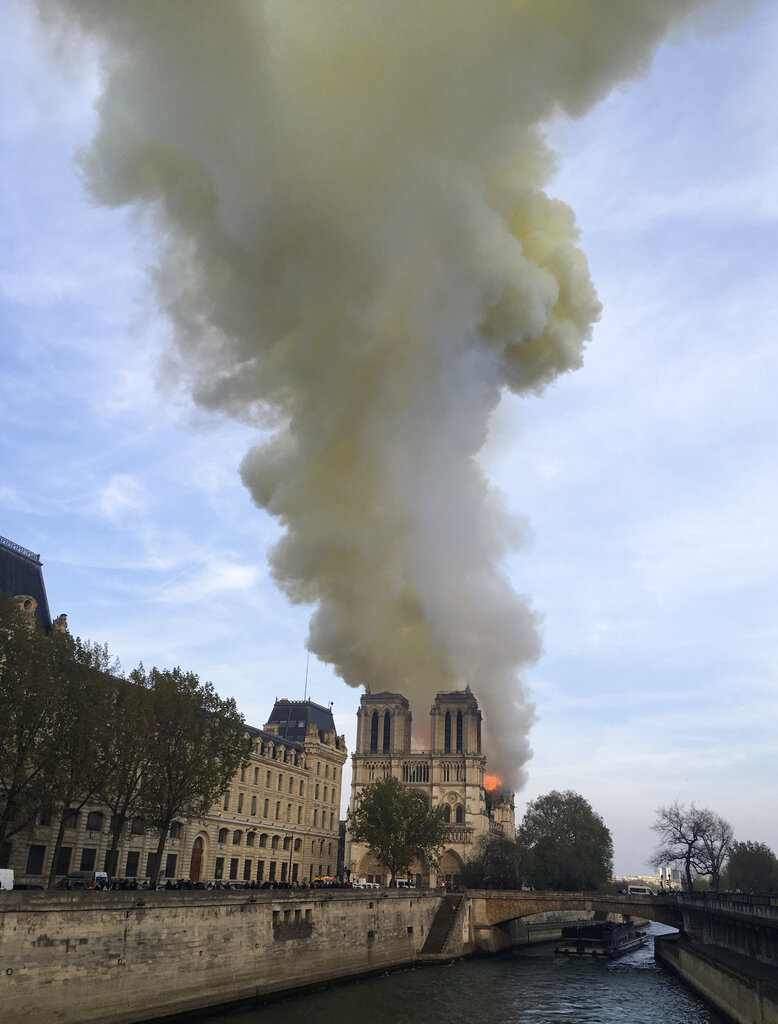 I started running toward the source of the yellow smoke without knowing what it was — only that it was coming from the island in the middle of the Seine at the heart of so much of Paris' history. Past bookshops and cafes, I rounded the corner to see flames creeping across the rooftop of Notre Dame Cathedral. I caught my breath and rubbed my stinging eyes.

At that point, the roads leading to the cathedral, about 400 metres (yards) away were still open and the fire looked like it might just end up becoming another scar on a building that had survived so much already.

A few dozen pedestrians gathered around at first, watching the flames lick their way toward the nave. Soon it was hundreds of people, sobered by the smoke belching from one of the world's most recognizable symbols of France.

The nearly 900-year-old cathedral has endured the French Revolution, the Nazi occupation and countless bouts of unrest before and since. Now, its ashes were falling from the sky in gritty flecks damped by fire hoses that appeared increasingly futile as new sections of the building caught fire.

For tourists, it's as unmissable as the Eiffel Tower and a lot easier to get in. But few are the visitors who can boast of climbing the 380 steps to the top, with the gargoyles perched so close you can almost touch their grimaces and imagine yourself a modern-day Quasimodo, Victor Hugo's hunchback who felt protected by the monsters he resembled. And only a handful ever visit the loft of the pipe organ and its cramped antechamber.

For many living in Paris, Notre Dame is a lovely part of the view that in the rush of day-to-day errands can easily go unnoticed. It is also the backdrop of the city's inner workings. Its wide plaza is where many go after standing in line for their residency cards or filing a police report at the prefecture. The benign shadow of its towers falls over us as we deliver paperwork to the courthouse and escape for fresh air.

Now, the smell of charred wood and stone reaches to the city's edge.

'On the face of this aged queen of our cathedrals, by the side of a wrinkle, one always finds a scar,' Hugo wrote in his paean to the edifice.

Those of us who witnessed Monday's fire shake the ashes of Paris history from our hair and clothes and wonder how deep the wound will cut this time.