Advertisement
Home / Opinion / 200 years ago, most Indians had no clear idea of much of their own ‘glory'

200 years ago, most Indians had no clear idea of much of their own ‘glory' 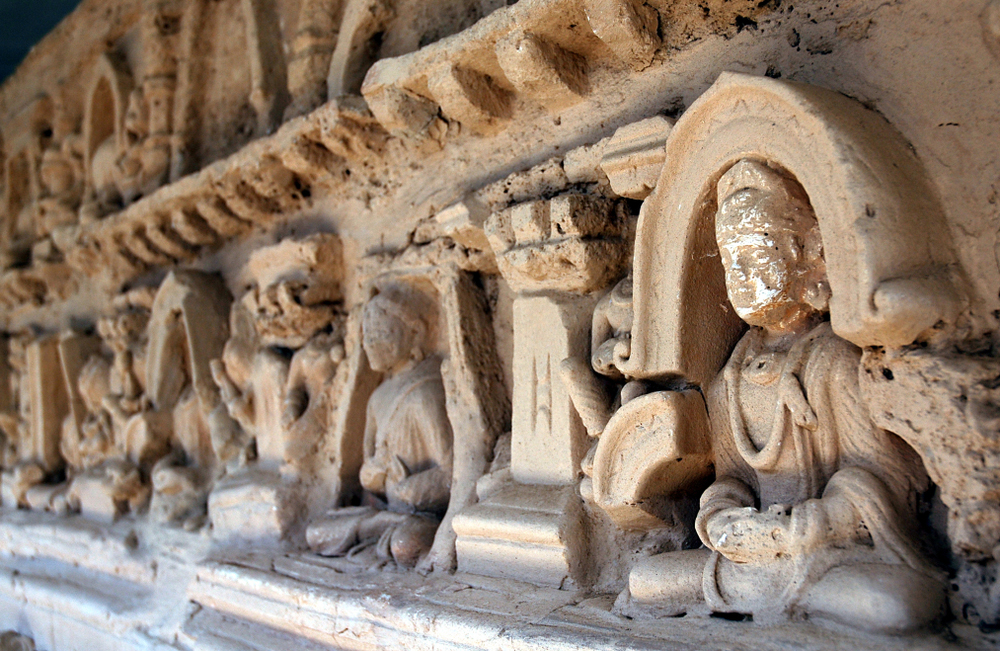 The ancient town of Taxila was rediscovered in 1830, and over the next half-century, Alexander Cunningham unearthed many more Buddhist splendours from the third century BC
Shutterstock
Jawhar Sircar   |   Published 01.11.19, 11:22 AM

History, we are told, is invariably written by victors. We are not certain whether this is what prompted Amit Shah, undoubtedly the second most powerful person in India, to declare that “there is a need to rewrite the Indian history from India’s point of view”. Shah claims that had V.D. Savarkar, the founding father of ‘the Hindu nation’ not described the events of 1857 as the ‘Indian War of Independence’, Indians would still be calling it by the British term, ‘Sepoy Mutiny’.

True, Savarkar is the first Indian to use this phrase, but historians cannot deny that Karl Marx was the first to draw international attention to British barbarities in India, repeatedly, as the events unfolded in 1857-58. Savarkar published his bold version in 1909, which is when Khudiram and Prafulla Chaki had just sacrificed their young lives for freedom and when Aurobindo and Barin Ghosh were facing trial for sedition, punishable with death. But Savarkar tactfully camouflaged his identity under a pseudonym, for he was, indeed, an intriguing, multi-faceted person. He is in great demand now, as he is the only noteworthy Hindu ultra-nationalist who suffered for participating in the national struggle, and thus fills a fraction of a gigantic void. But history is a brutal, empirical discipline and, as Shah hints, historians need to seriously re-examine the prevailing narrative. Even with ‘revising history’, facts like Savarkar’s insistence that Indians be less obsessed with religion, myths and superstitions to catch up with advanced Europe are hardly publicized. Savarkar was also against vegetarianism and severely criticized cow worshippers and ‘rakshaks’. He found many a Hindu belief, like in 33 crore gods, and several rituals to be ridiculous and ruthlessly attacked many Hindu traditions. The real Savarkar also damned the caste system and demanded that untouchables be allowed to enter temples.

But the Savarkar who spewed venom against non-Hindus is also the real Savarkar, as is the prisoner in Andaman’s Cellular Jail who grovelled for mercy before the British. History has hard records of this pusillanimous act: not only was he released while countless patriots rotted and died in prison, but he also offered to collaborate with British imperial power. After the proposed revision of history, one hopes we will have detailed data that may substantiate that the majority of prisoners taken by the British after the Indian War of Independence and sent to die (or executed) in the Andamans from 1858 onwards was actually Muslim. This may help prove their patriotism and their questionable citizenship. What historians know but hardly ever publicize are ‘contra-facts’ that may upset people. How many are aware that Aurangzeb, a bigot no doubt, appointed the first Hindu after Todarmal as diwan of the Mughal empire? After Akbar’s demise and Man Singh’s recall, Aurangzeb promoted the first two Hindus as subahdars. We hardly know that the valiant Hindu ruler, Shivaji, employed Muslims in his army and that the Marathas continued to do so long after his death. At the Third Battle of Panipat in 1761, the Maratha army was led by Ibrahim Khan. In 1818, the Muslim regiment of the Marathas defied overwhelming British forces for a month at the Battle of Malegaon, long after the Chhatrapati and Peshwa had surrendered.

But what may surprise many is that exactly 200 years ago, most Indians had no clear idea of much of their own ‘glory’. The spade of the British archaeologist unravelled what Brahmanical civilization had chosen to forget. In 1819, a British army captain chasing a deer stumbled into the Ajanta caves. But we had to wait till 1897 to get a proper glimpse of its unique art and sculpture. Again, in 1919, Colin Mackenzie made a formal presentation of the archaeological finds he had made (again, by accident) of the exquisitely carved Buddhist remains at Amaravati. The ancient town of Taxila was rediscovered in 1830 and over the next half-century, Alexander Cunningham unearthed many more Buddhist splendours from the third century BC. The unique Buddhist stupas at Sarnath and Sanchi that had been wiped from our memory were ‘restored’ thanks to his untiring efforts. Even the Bodh Gaya temple had to be ‘found’ and re-excavated. What is more amazing is that before 1837, when James Prinsep painstakingly deciphered the hitherto-forgotten Old Brahmi and Kharosthi scripts on Ashokan inscriptions, we had no conclusive evidence that an emperor called Ashoka had actually ruled India.

The point is that India had to strain far more than others to overcome amnesia and retro-fit a linear history. And it is this treasure that nationalists and national historians utilized during the freedom struggle to construct the present narrative — “the Indian point of view”. Many romantic valorizations that crept in then really need re-examination. But who will bell the cat? Obscurantists are misusing these very materials to mix fact with fantasy. A supra-nationalist machine attributes every great invention to the genius of ancient Hindu India and disseminates this daily through the universities of WhatsApp and Facebook. “Our glory was destroyed by dreadful Muslim and Europeans conquerors and so their ‘foreign’ progeny has now to pay” — surely this cannot be an agenda? Will Amit Shah please clarify?