Museum of the Word 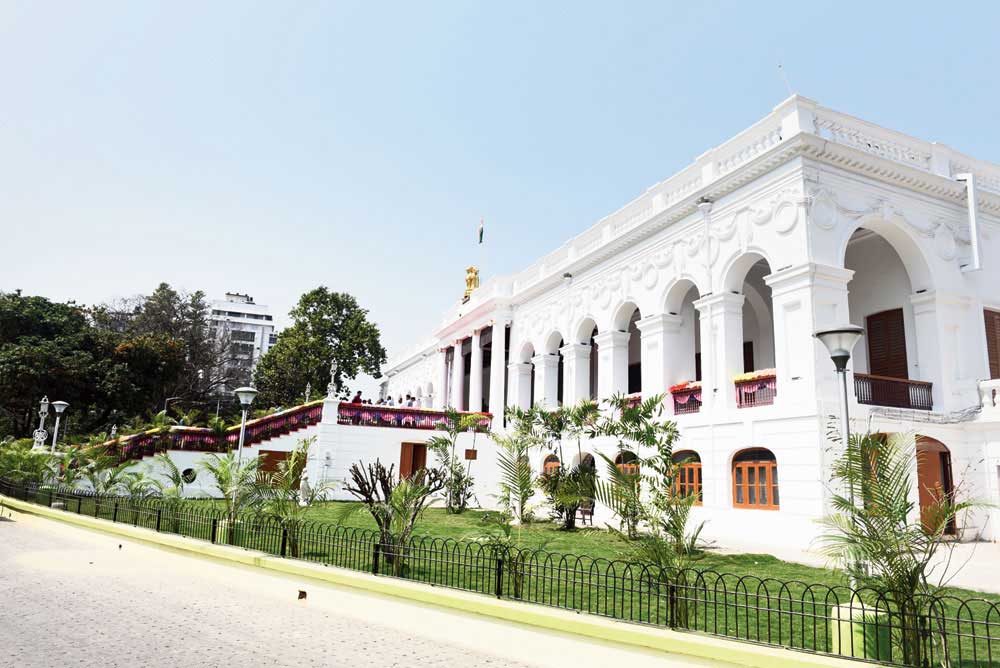 On January 11, 2020, Narendra Modi, during his Calcutta visit, announced plans to establish new museums in the city’s heritage buildings. One of these was the Museum of the Word in Belvedere House, Alipore, which once housed the National Library before it moved to Bhasha Bhavan opposite it in 2005. Belvedere House was closed down for restoration, and now that process is almost through. What the prime minister did not disclose is that the Museum of the Word had been planned when Manmohan Singh was prime minister (2004-2014).

After Belvedere House was vacated so that the Archaeological Survey of India could restore it, its reuse was being contemplated, and in March 2010, a meeting was held in the office of K.K. Banerjee, the then director of the National Library, which was chaired by Barun De, chairman, heritage conservation committee of the Calcutta Municipal Corporation. The other participants were the vice-chancellors of three universities located in West Bengal, besides Sukanta Chaudhuri, now professor emeritus, Jadavpur University, who was a member of the heritage committee. The proposal to establish a Museum of the Word was introduced and it was accepted.

Swapan Chakravorty, who earlier served as professor of English, Jadavpur University, joined the National Library in 2010 as its first director-general, fleshed out the Museum of the Word project and provided the necessary intellectual ballast. Earlier, Manmohan Singh had announced a mandate to “recover the original remit” of certain institutions, which had forgotten them. It was then that Swapan Chakravorty and Sukanta Chaudhuri had presented a proposal to the then West Bengal governor, Gopalkrishna Gandhi, for setting up a Museum of Print and Mint, their technologies being contiguous, in the abandoned building of the Silver Mint in Strand Road, Posta, and the Assay Master’s Residence across the street. Nothing came of it. Today, a flyover overshadows the Silver Mint’s grandeur.

When Chakravorty joined the National Library, an expert committee headed by Barun De was set up with other members like Sukanta Chaudhuri, on reusing Belvedere House. At the expert committee meeting a consensus emerged on setting up a “Centre of the Word” and that “the heritage building is best used for a world-class museum and exhibition space for the broad field of human activities addressed by a major library: language, texts, and the means of recording, preserving and circulating texts like manuscripts, books and electronic media; as also linguistic and textual platforms like orality and print. Special attention would be paid to Indian material and its history.” Jawhar Sircar, the then Union secretary of culture, pushed the project even further when Rs 60 crore was allocated for it, part of the funds to be kept aside for reimbursing the ASI for repair costs.

In September 2011, the exhibition/book display hall and the lending division of Belvedere House were used to mount the magnificent exhibition, Treasures of Ancient China. These spaces were climate controlled then.

The “Centre of the Word” was envisaged as a centre of cultural archaeology. “It would be a hub for collections, displays and activities of all kinds relating to language, the word and the text. But this physical resource would be so planned as to project a concept: the total process of our verbal and textual life, and the role of the word in shaping society, history and culture.”

The entire gamut, from oral to the machine readable word, was to be highlighted in the museum. Chakravorty had prepared a detailed project report, but after his exit from the National Library in 2013 — Jawhar Sircar, too, had left the ministry of culture — the BJP came into power, and the scenario changed. The ASI stopped work and, after a hiatus, was replaced by the Central Public Works Department. Work on the museum will apparently start once the restoration work is complete. So, will the prime minister keep his word?

Museums and their roles