Advertisement
Home / Opinion / Much is legally incorrect about the Sabarimala judgment

Much is legally incorrect about the Sabarimala judgment 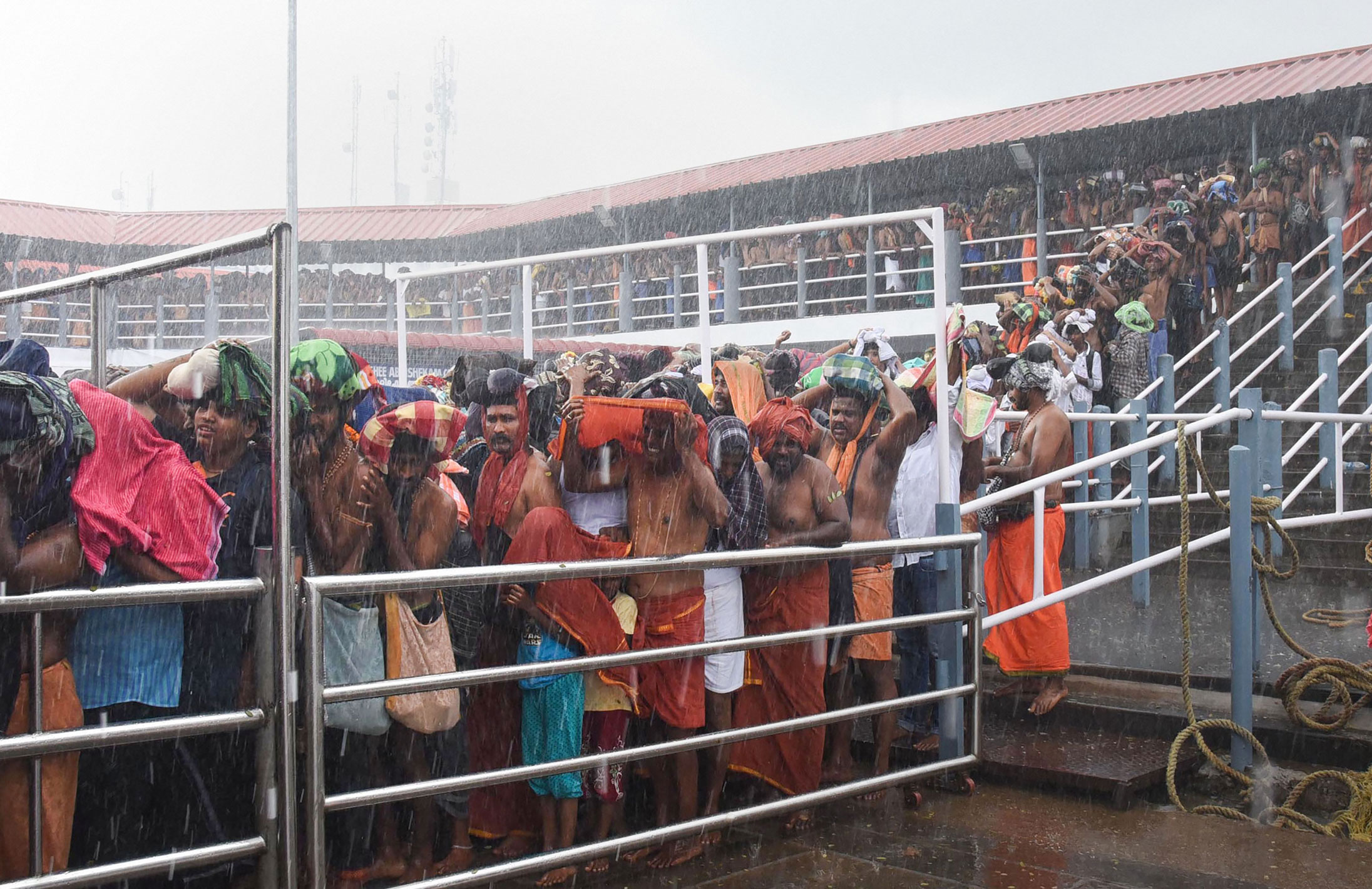 It is often said that the Supreme Court is final but not infallible. But increasingly, both litigants and judges themselves appear to be veering around to the view that the Supreme Court is neither final nor infallible. It is one thing for a dissatisfied litigant who feels hard done by to ask for a review of a judgment. It is, however, an entirely different matter when the court itself appears to encourage such a practice. By neither accepting nor dismissing the review petition filed in the Sabarimala dispute, the Supreme Court seems to have done just that.

Recall the original Sabarimala judgment of the Supreme Court in 2018. The court held that the worshippers of Ayyappa were not a distinct religious denomination. As a consequence, their belief that menstruating women should not be allowed to enter the temple could not claim constitutional protection as an essential religious practice. At the same time, the court held that all women had the fundamental right to freely practice and profess their religion including by visiting the Sabarimala temple. Therefore barring the entry of women between the ages of 10 and 50 (proxy for menstruating) into the Sabarimala temple was unconstitutional.

There is much that is legally incorrect about this judgment. The court has used a formulaic understanding of what is a religious denomination to exclude the worshippers of Ayyappa. This has the effect of denuding several religious groups, particularly the astoundingly diverse faiths within the larger umbrella of Hinduism, of their identity as a denomination in law. Further, it has simplistically assumed that every person has a right to pray at a temple of their choice. While this may seem intuitive, it is overbroad. What the Constitution gives every person is the freedom to pray as one chooses. The moment the expression of such prayer is at a temple or any particular site of public worship, such expression is subject to the rules of that site. So, a Hindu man cannot simply claim that he has a right to enter a Parsi fire temple. Likewise, a Christian man cannot have a right to pray at a mosque. No such freedom exists in the Constitution.

But these alleged errors that the judgment falls into are not questions of fact — they are questions of interpretation. Contrary to popular perception, law, particularly constitutional law, does not work in absolute binaries of black and white, right and wrong. The use of language in the Constitution, as in life, is always open to interpretation. Judges dealing with legal text are like ordinary persons dealing with a work of fiction. Two readers can understand the same sentence differently, ascribe meanings that may not occur to another, imagine possibilities that may not exist. While judges are duty-bound to accord the text an interpretation that is both logically sound and capable of resolving the dispute before them, any expectation that they have reached the right answer is misplaced. There is always a possibility in law that a different answer may be reached on equally sound reasoning.

This is precisely why no review of a judgment of the Supreme Court is possible on the ground that a different view could have been taken. The conceptual question here is this — how does the court balance the interests of justice in reaching a fair resolution and finality in putting an end to a dispute expeditiously? On the one hand, it is the raison d’être of the judicial system to do justice. On the other, such quest for justice cannot be pursued endlessly. The pragmatic closure rule that is applied is that the chance to do justice extends from the lower courts through appeals and writ petitions up to the Supreme Court. Three chances, at the lower courts, the High Court and the Supreme Court are deemed sufficient to give justice full sway while accounting for the need for closure.

The review jurisdiction of the Supreme Court, and the curative jurisdiction that can be exercised to review a judgment in review, are narrow exceptions favouring justice over finality. They are not invitations to re-litigate the dispute. It is inherent in their nature for their exercise to be severely circumscribed. Key grounds for review include an error apparent on the face of the record and the availability of new material subsequent to the judgment.

This is why, in spite of the judgment in the Sabarimala case being arguably wrong, the court ought not to have given litigants another day in court. Legally, neither is the wrongness of the judgment an apparent error, nor are the subsequent law and order transgressions in Kerala new material that the court should consider in its judgment. The cost of such a review, while not apparent are tremendous — creating a culture of litigation where parties are incentivized to keep litigating rather than accepting their lot, building up judicial backlog that makes justice for the deserving litigant slow and expensive and ultimately reducing the sanctity of a judgment of the Supreme Court. It is hugely detrimental for the majesty of the Supreme Court if its judgments, right or wrong, are never considered fully final.

The court, in fairness to it, has not accepted the review. It has kept it pending, to be heard alongside three similar questions of women’s entry into the dargah (prohibited by Islam), a Parsi woman praying at a fire temple after marrying a non-Parsi (prohibited by Zoroastrianism) and female genital mutilation of girl children (sanctioned by the Dawoodi Bohra community). Each of these cases raises complex questions of law and faith.

The court is right that the decision in the Sabarimala dispute will have a bearing on these cases. This is precisely how the judicial system of precedents is meant to function. The court, in a future case, has to independently come to an assessment that the Sabarimala judgment is wrong and should not function as a precedent. Without doing so, to club these cases to evolve a ‘judicial policy’ in this regard turns the system of precedent on its head. Laying down judicial policy in one case is alien to judicial decision-making — policy, if it means anything in the legal system, is the product of judges over decades applying the law dispassionately to the facts before them. It might be a bit presumptuous for any one bench to see their task as laying down policy for all times to come.

By neither accepting nor dismissing the review and clubbing it with other questions before it, the court has given credence to the dangerous narrative that judgments of the court are never quite final, that one can always take a chance with the court. This might have been a practical response to the criticism that the Sabarimala judgment originally received. But it risks opening the court up in ways that it cannot imagine today. The decision by some of the Muslim parties in the Ayodhya title dispute to ask for a review of the judgment of the court is a warning sign of things to come.