In search of actually existing fascism 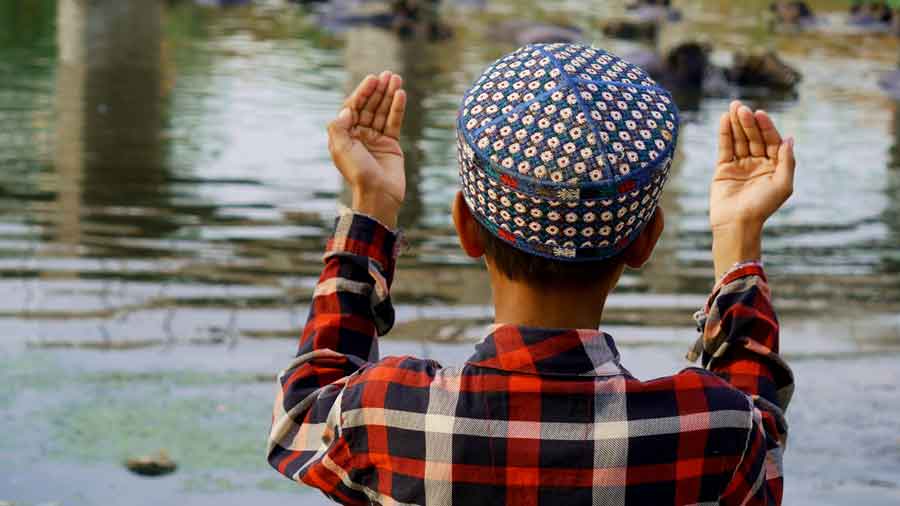 Ironically, it was during the transition to civilian rule between 2012 and 2017 that Myanmar became a purely majoritarian polity through ethnic cleansing and by formally excluding Rohingyas in particular and Muslims generally from every democratic process and institution.
Shutterstock
Mukul Kesavan   |   Published 25.07.21, 12:03 AM

The appropriateness of this label is complicated by two considerations. One, can a political tendency so closely associated with the histories of Germany, Italy and Japan between the World Wars be usefully generalized to describe other polities removed in both time and space? Two, is it accurate to describe right-wing governments in internally democratic and externally peaceful countries as fascist when the signature trait of historic fascisms like Germany’s and Japan’s was genocidal, warmongering violence?

To the extent that political parties call themselves fascist or admire historically fascist figures, it is reasonable to call them fascist in the same way as Mao’s (or Stalin’s) followers can be called communists. But this doesn’t really answer the first question, which asks whether a particular historical conjuncture can be usefully abstracted into a definitive template. Nor does it answer the second question, because many governments or parties that have an ideological family resemblance to Mussolini’s Fascists or Hitler’s Nazis might not slide into mass violence.

When Viktor Orbán is described as fascist on account of his anti-Semitism or his hostility to homosexuality or his opposition to immigration, the term does double duty: it’s both a pejorative description and a prediction. Orbán is called a fascist because he shares the anti-minority prejudices of historic fascists; implicit in this characterization is the fear that his politics might devolve into a welter of genocidal violence. Is Orbán fascist if the violence doesn’t happen?

Is fascism the institutionalization of a particular form of majoritarian bigotry or does the accuracy of that characterization depend on specific violent outcomes? Must all real fascism lead to concentration camps, ethnic cleansing or genocide or can fascism achieve a stable equilibrium in a functioning democracy?

To describe a currently non-genocidal majoritarian party that plays by the rules of an electoral democracy as fascist generally implies a sequence of meanings: i. The party described as fascist has succeeded in making the persecution of minorities the basis of that country’s nationalism. ii. The democratic system that the party currently inhabits is likely to be set aside or hollowed out in the way that the National Socialists subverted the Weimar Republic. iii. If unchecked, this process will culminate in the formal isolation, disenfranchisement, even the expulsion or murder of minority citizens.

Ironically, it was during the transition to civilian rule between 2012 and 2017 that Myanmar became a purely majoritarian polity through ethnic cleansing and by formally excluding Rohingyas in particular and Muslims generally from every democratic process and institution.

In the run-up to elections in 2015, the military junta excluded Rohingyas from the new electoral rolls, an ironic instance of disenfranchisement as a function of democratization.

Once this formal exclusion was complete, the Rohingya were corralled into internment camps. The rest is history. History teaches us that disenfranchisement and internment are often preliminaries to violent expulsion if the location and demographic distribution of the stigmatized minority permit such a purging. In the case of the Rohingya, they conspired to allow the government to do precisely that.

Does this make Myanmar a fascist State? Some expert observers don’t think it does. They cite the history of Rohingya separatism and the role of the British in encouraging Rohingya settlement during colonial rule as sound historical reasons for their outsider status and the refusal of the independent Burmese State to grant them full citizenship. The fact that Rakhine Buddhists, themselves persecuted by the Burmese State, loathed the Rohingya as encroaching outsiders is sometimes offered as proof that the marginality of the Rohingya wasn’t a function of majoritarian loathing, but the reality of who they were: Bengali Muslims masquerading under a made-up name. The fact that Myanmar’s many insurgent minorities refused to make common cause with the Rohingya in their struggle against the centralizing Burmese State is also adduced as evidence of their incorrigible otherness.

China’s treatment of the Uighur in Xinjiang shares some features with Myanmar’s dealings with the Rohingya. Both the Rohingya and the Uighur are demographically concentrated Muslim communities in a border region adjacent to Muslim majority nation states; Bangladesh, in the case of the Rohingya and Tajikistan, Kyrgyzstan and Kazakhstan in the case of the Uighur. Their contiguity with a larger Muslim world is one reason why these Muslim minorities are seen by their nation states as a threat to their political unity. This ‘Muslim’ hinterland is seen as the source of both secessionist feeling and jihadi violence.

Unlike the communal bigotry stoked and led by the monks of the Buddhist sangha that drives Myanmar’s hostility towards the Rohingya, China’s campaign to dissolve Uighur identity into a Han mainstream is powered by a secular majoritarianism, a cousin of France’s State-sponsored laicité. China, like France, wants an Islam supervised by the nation state, insulated from the extraterritorial influence of foreign Muslims.

China hasn’t expelled the Uighur in the way that Myanmar brutally purged the Rohingya, but it has tried to sever their connection with their homeland in three ways: it has corralled more than a million of them in ‘re-education camps’, systematically suppressed their language and their religious institutions, and forcibly relocated and dispersed working-age Uighur to other parts of China.

Is violent ethnic cleansing on a massive scale a more clear-cut symptom of fascism than mass internment, mass surveillance, the systematic stifling of religious practice, the sterilization of Uighur women, the razing of mosques and the official suppression of the Uighur’s Turkic mother tongue? This is not a question about which form of persecution is more wicked; that’s a question for people at the receiving end of State-sponsored terror to answer and they are rarely allowed to compare notes. It asks, which of these anti-minority policies suggests a nation tipping over into fascism?

If fascism requires a civil society consensus that stigmatizes the minority that the State deems alien, Burma fits the bill. The non-Muslims of Rakhine, Burma’s Buddhist majority more generally, the country’s liberal intelligentsia, even its non-Buddhist minorities seem united in their indifference to, if not active distaste for, the Rohingya. This dislike might have had pre-colonial roots, but it is colonial modernity and then the modern Burmese nation state that weaponized it through constitutional exclusion (the Rohingya were not recognized as a national community in the first national Constitution), enumeration (they aren’t counted in censuses nor given the identity cards given to recognized communities) and formal disenfranchisement (when the first election was held under the new Constitution in 2015, the Rohingya were excluded from either voting or standing for elected office). If majoritarian State violence that subordinates and destroys a minority community through genocide or expulsion, without significant protest from civil society, is fascist, then Myanmar is a functionally fascist country.

In the Chinese case, there is no evidence of mass killing or large-scale expulsion. The ‘domestication’ of the Uighur is remarkable for being an optional piece of social engineering. The Uighur pose no existential threat to the Chinese nation. This orchestrated atomization of a people is justified as pre-emption, as a form of abundant caution. Xinjiang is a behavioural laboratory; the Uighur are test subjects in a massive Pavlovian experiment. They are disciplined and punished and monitored in real time and in extreme close-up. Digital surveillance, internment and the political omniscience of a party State have combined to turn the Uighur into lab rats in a glass-walled habitat. Xinjiang puts the total into totalitarianism; it is 1984 read as a blueprint, not a warning.

Does China’s achievement in materially transforming the lives of the majority of its people balance out Xinjiang? Where does India’s majoritarian savagery rank (if it figures at all) in this survey of actually existing fascism? How immune are Western democracies to this plague? Good questions for another day.