Modi has sold the narrative that his government is decisive, especially on Pakistan, but the reality is different 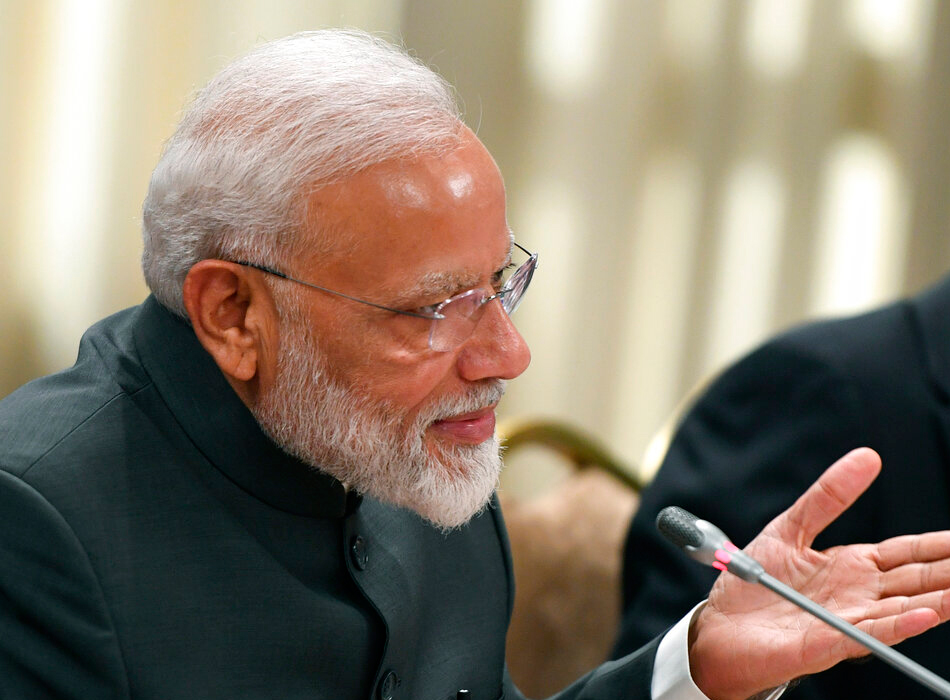 When the freshly re-elected prime minister, Narendra Modi, decided to omit his Pakistani counterpart, Imran Khan, from the list of invitees for his swearing-in ceremony, the government pitched it as a firm message to Islamabad.

Yet, as recently as May 22, the day before the election results were announced, the then external affairs minister, Sushma Swaraj, carried Indian sweets for Pakistan’s foreign minister, Shah Mehmood Qureshi, when she met him in Bishkek, Kyrgyzstan. In early June, India requested Pakistan to allow Modi’s aircraft — headed for Bishkek to attend the Shanghai Cooperation Organisation’s summit — through its otherwise closed airspace.

Modi and his team have successfully sold the narrative of being a ‘decisive government’, especially on Pakistan. The reality, though, is that his administration has been anything but decisive, particularly with Pakistan. That was the legacy of Modi’s first term with India’s western neighbour. The second term — contrary to the government’s official messaging — has started off in the same vein, only even earlier, when the nation was still waiting for the results of its mammoth seven-phase elections.

Let’s first address the Balakot-shaped elephant in the room. While the jury’s still out on what India’s cross-border air strikes in February achieved following the Pulwama terrorist attack, there’s little denying that the move to send fighter jets into Pakistani territory was bold. But boldness and decisiveness are not the same. One conveys a willingness to take risks; the other, resolve.

Amid criticism, the Modi government eventually decided to fly the prime minister via Oman and Iran to Bishkek, skirting Pakistan. But at a time when thousands of Indians are flying longer routes because of Pakistan’s airspace ban, it was particularly embarrassing that a prime minister who prides himself as being one among the masses requested special treatment from a country his administration calls a sponsor of terrorism.

The fumble was only the latest in a series that started five years ago, early in Modi’s first term. After inviting the former Pakistan prime minister, Nawaz Sharif, to his inauguration in May 2014, Modi agreed to talks between the foreign secretaries of the two countries in August. Then, on the eve of that meeting, his government laid down a new ‘red line’: that Pakistan’s representatives must not meet leaders of the Hurriyat in Kashmir, even though they’ve been doing so for decades.

The talks collapsed and the relationship went into a limbo, with the Modi government insisting that ‘terror and talks can’t go together’. Yet, late in 2015, when Pakistan had taken little demonstrable action against terror groups on its soil, Swaraj visited Islamabad. On Christmas that year, Modi flew into Lahore to embrace Sharif, who was also celebrating his birthday that day.

When terrorists struck the Pathankot air base in 2016, the government allowed a team of Pakistani investigators — including members of the Inter-Services Intelligence — to visit the location. Then, when Pakistan predictably insisted it had no hand in that attack, the Modi government went into a funk and said it wouldn’t speak with Islamabad.

So, what’s behind these flip-flops? The uncharitable view, held by this government’s most trenchant critics, is that Modi and his team simply have no coherent Pakistan policy, unlike their predecessors, Atal Bihari Vajpayee and Manmohan Singh. That a man who told a television channel that the air force went ahead with the Balakot bombings because of his flawed understanding of how radars work can’t be expected to do any better.

I disagree. I think Modi’s multiple overtures to Pakistan reflect a mature recognition that Singh was correct in his publicly stated, matter-of-fact justification for favouring dialogue with Islamabad as prime minister for a decade: that one can’t choose one’s neighbours; one has to live with them. This is understandably difficult for Modi to accept — given all the invective he has hurled at Singh, who the BJP has consistently insisted was a ‘weak PM’.

But the government is being dishonest to the country by simultaneously exploring measures of reconciliation with Pakistan and telling the nation it has its neighbour in an uncompromising chokehold. Worse, that political opportunism is dangerous. Riding a tiger always is.

‘Modi went into their homes and killed them,’ the prime minister told an election rally during the 2019 campaign, referring to himself in the third person while alluding to the Balakot strikes. Now, he must at the very least repeat that performance the next time terrorists from Pakistan strike India on a significant scale — as they almost certainly will. He will need to do so to maintain his political narrative, even though the leader in him knows that in itself won’t eliminate terrorism. Governments that follow Modi’s — whichever party they may belong to — will also feel pressured to follow in those strongman footsteps to avoid appearing weak-kneed.

But Pakistan has no need to play by Modi’s rules. An escalatory spiral in military combat can easily lead to a war. That would impose a cost on Pakistan. But it would also significantly hurt India. It would be too late to perform an about-turn then.

Congress is responsible for creation of Pakistan, says Modi