By belittling its past achievements, the prime minister has ended up sullying the image of India’s valiant armed forces 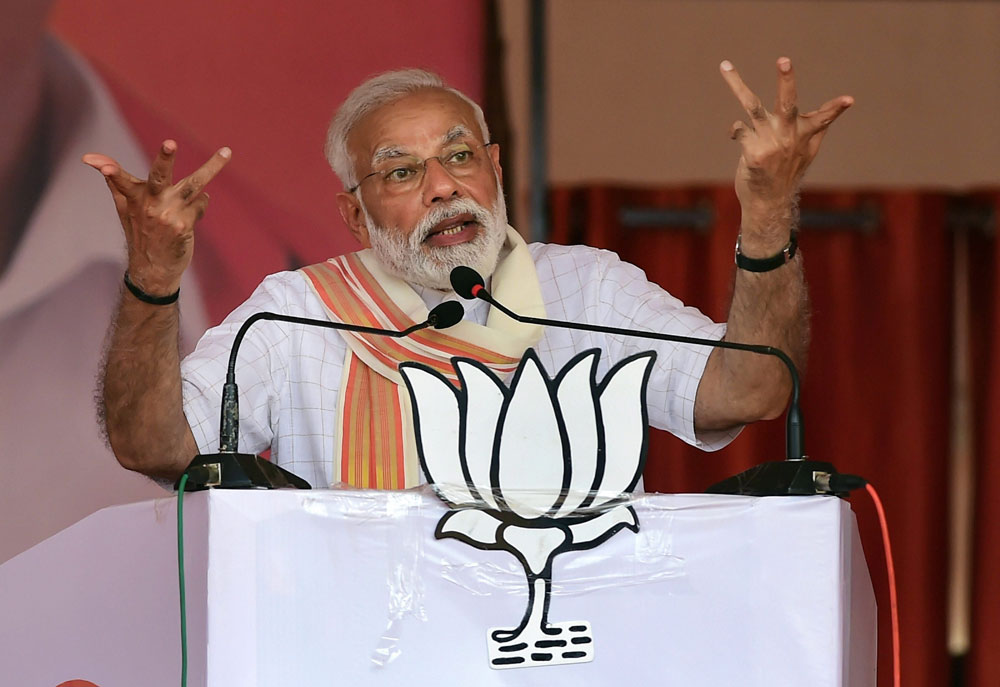 Prime Minister Narendra Modi responded to the Congress’s assertion that surgical strikes had taken place even during the reign of the United Progressive Alliance by suggesting that the covert operations must have been conducted in video games.
(PTI)
The Editorial Board   |     |   Published 08.05.19, 03:39 AM

Narendra Modi remains inimitable in at least two respects. The prime minister’s skills are formidable when it comes to making crass comments. Mr Modi is also a master when it comes to deflecting attention from issues that have a bearing on the lives of the people and should, ideally, decide the outcome of elections. Mr Modi’s prodigious talents in these two areas were demonstrated, once again, when he responded to the Congress’s assertion that surgical strikes had taken place even during the reign of the United Progressive Alliance by suggesting that the covert operations must have been conducted in video games. Unfortunately for the prime minister, there would be very few takers for his black humour in this case. By belittling past achievements of the army — an institution that Mr Modi and his Bharatiya Janata Party claim to respect — the prime minister has ended up sullying the image of India’s valiant armed forces. It is not as if India has to rely on the Congress, the BJP’s principal opponent, to believe that the army had resorted to such a strategy when the UPA was in power. The fact has been corroborated by apolitical sources, most recently by a former lieutenant general. It is inconceivable that Mr Modi would be amenable to the idea of giving credit to opponents where it is due. This would demolish one of the founding myths of New India — that all that is good for the welfare of the country, be it surgical strikes, economic progress, or India’s standing in the international community, began after Mr Modi took up India’s reins. Understandably, the India of the Old and, presumably, its military have no place in this twisted narrative.

The political muckraking over the army is deeply unfortunate. Apart from its prowess, the Indian army is also respected around the world for its firm decision to distance itself from political pulls and pressures. It has honoured one of the fundamental tenets of democracy by remaining neutral. The same cannot be said of the armed forces of two of India’s immediate neighbours. The prime minister remains intent on milking the army’s image to deflect public attention from the monumental failures of his dispensation. The BJP’s poll rhetoric thus relies heavily on achievements — be it the air attack on Balakot or the surgical strikes in 2016 — that are, in fact, the army’s. The prime minister’s inclination to ride piggyback on the army has its own rationale. The army is Mr Modi’s proverbial fig leaf to cover up his less-than-modest performance.