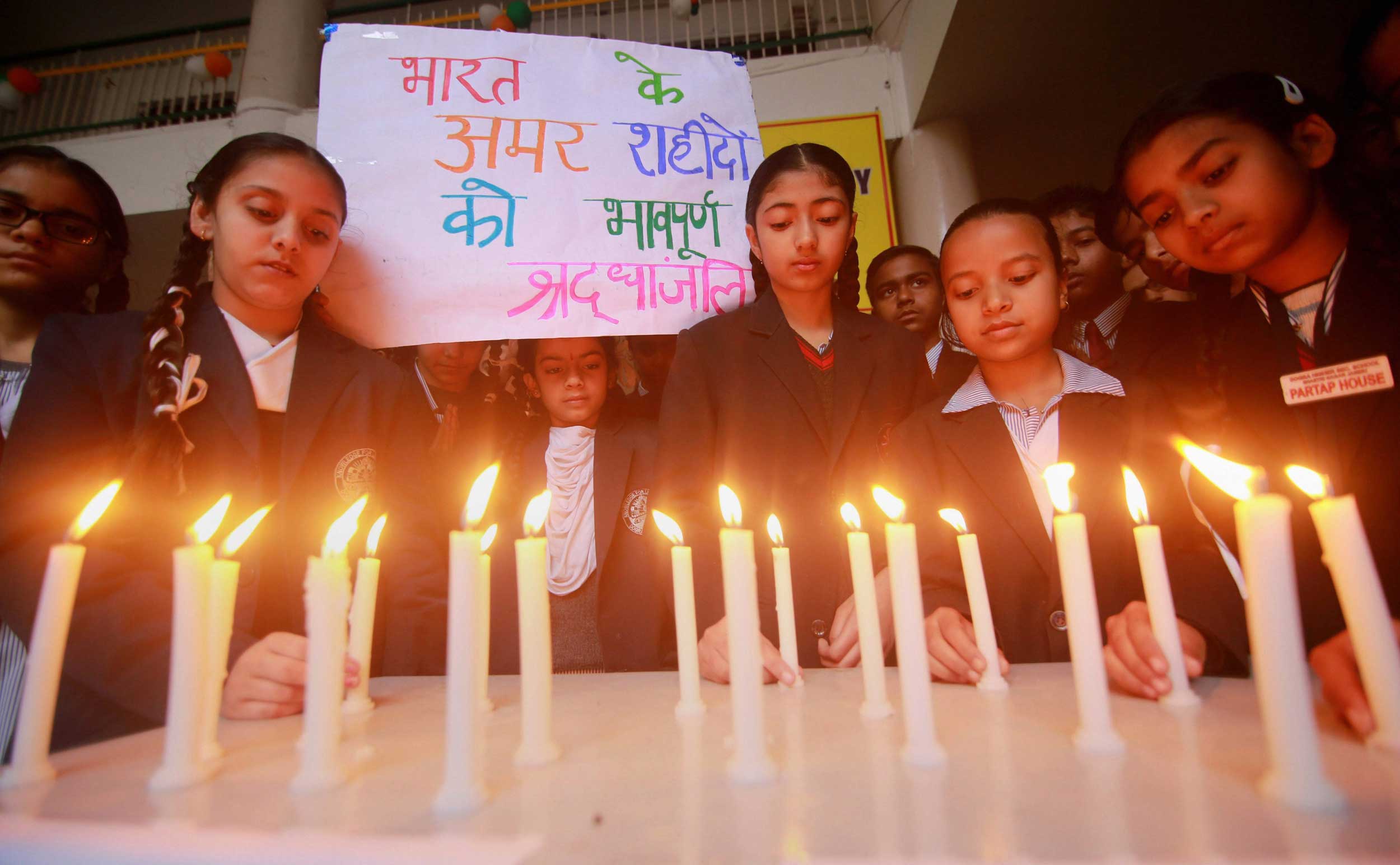 Students light candles at a school in Jammu on February 21, to pay tribute to the soldiers killed in the Pulwama terror attack a week earlier
(PTI Photo)
The Editorial Board   |   Published 26.02.19, 03:08 AM

Timing is crucial in matters of governance. For instance, an elected government is expected to act quickly and firmly against those up to mischief. But even in a changed India, Narendra Modi and his administration have been caught napping — repeatedly — when it comes to ensuring the rights and the security of vulnerable segments of the population. In fact, it would not be an exaggeration to suggest that Mr Modi has led the way in this pussyfooting. Over a week after Kashmiri citizens had been assaulted and intimidated in different parts of the country — a fact denied by the Union human resource development minister — Mr Modi has finally found the time to speak up on the matter. He has, quite correctly, chosen to remind the nation that it is the duty of every citizen to protect Kashmiris. This is not the first instance of Mr Modi making the right noises quite late in the day. The prime minister, who tomtoms his ‘achievements’ with lightning speed, had remained mum even as cow-vigilantes were on rampage, beating and killing Muslims and Dalits on the charges of storing or consuming beef. Mr Modi’s interjection, when it did arrive finally, was remarkably tempered. What can explain Mr Modi’s reluctance? The Opposition claims that the transgressions, be they against students from Kashmir or minorities, enjoy the tacit support of the party that Mr Modi leads. The endorsement for this polarizing agenda need not be muted always. No less than the governor of Meghalaya, the holder of a constitutional office, has been accused of stoking the flames. Perhaps it matters little to the Bharatiya Janata Party and its leaders that the time lost in denouncing the attacks may have added to the sense of alienation of Kashmiris. Issuing pious reminders of collective responsibility is no longer enough. The prime minister must act decisively against the perpetrators — the high and the mighty as well as the foot soldiers — to assure citizens that his government has the will to punish the votaries of division.

It is possible that taking the troublemakers to task may prove to be beyond Mr Modi’s abilities. Heating the pot, as it were, has always been the BJP’s preferred electoral strategy. A sectarian agenda has usually ended up benefiting the party by fragmenting the electorate along communal lines. With general elections approaching — an electoral test that no longer appears to be a cakewalk for Mr Modi — there is really no reason for the BJP to change a tried-and-tested formula for success.