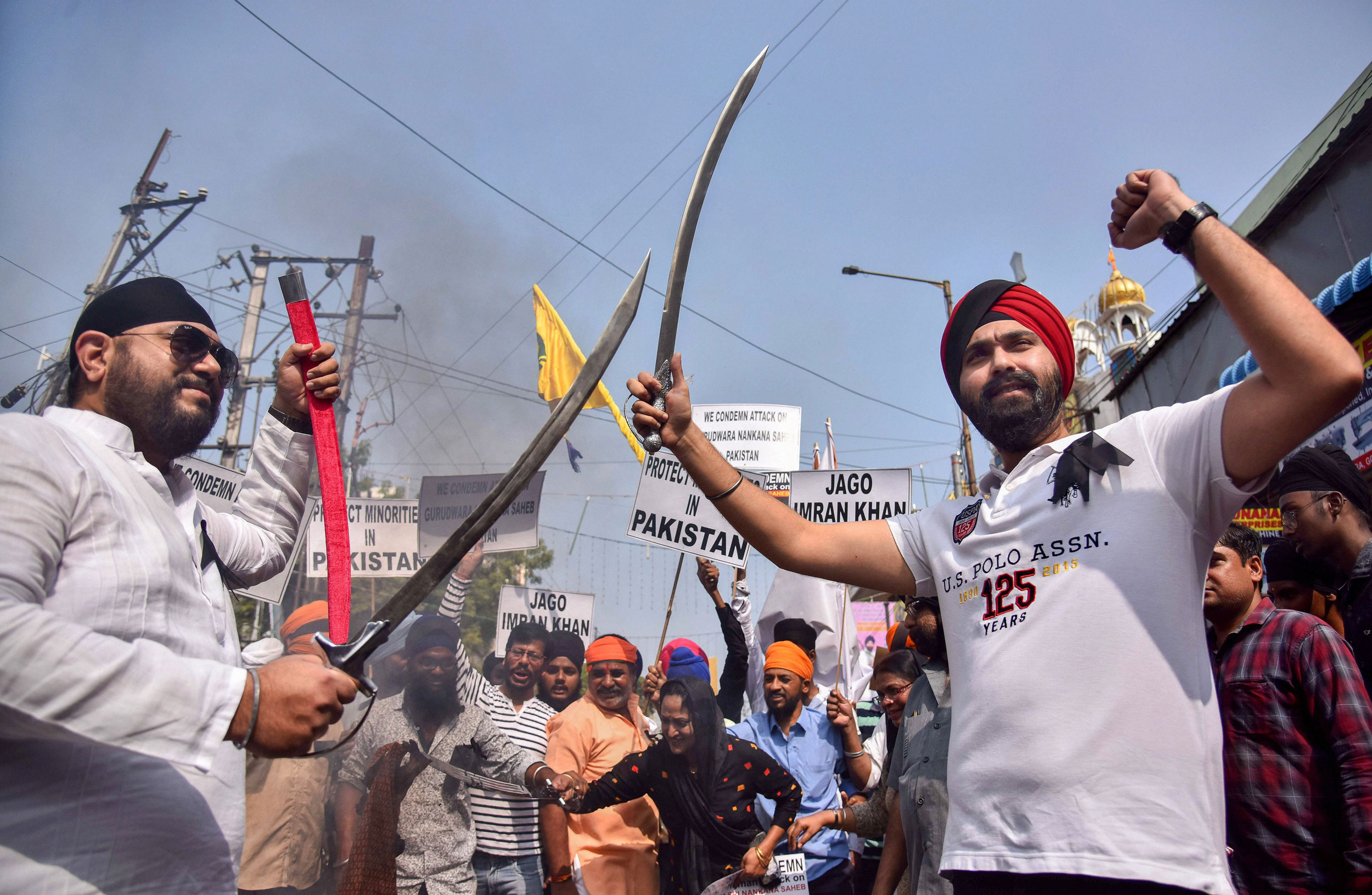 People from the Sikh community protest the attack on Gurudwara Nankana Sahib in Pakistan, at Central Gurudwara in Hyderabad, on Sunday.
(PTI)
Swapan Dasgupta   |   Published 08.01.20, 06:43 PM