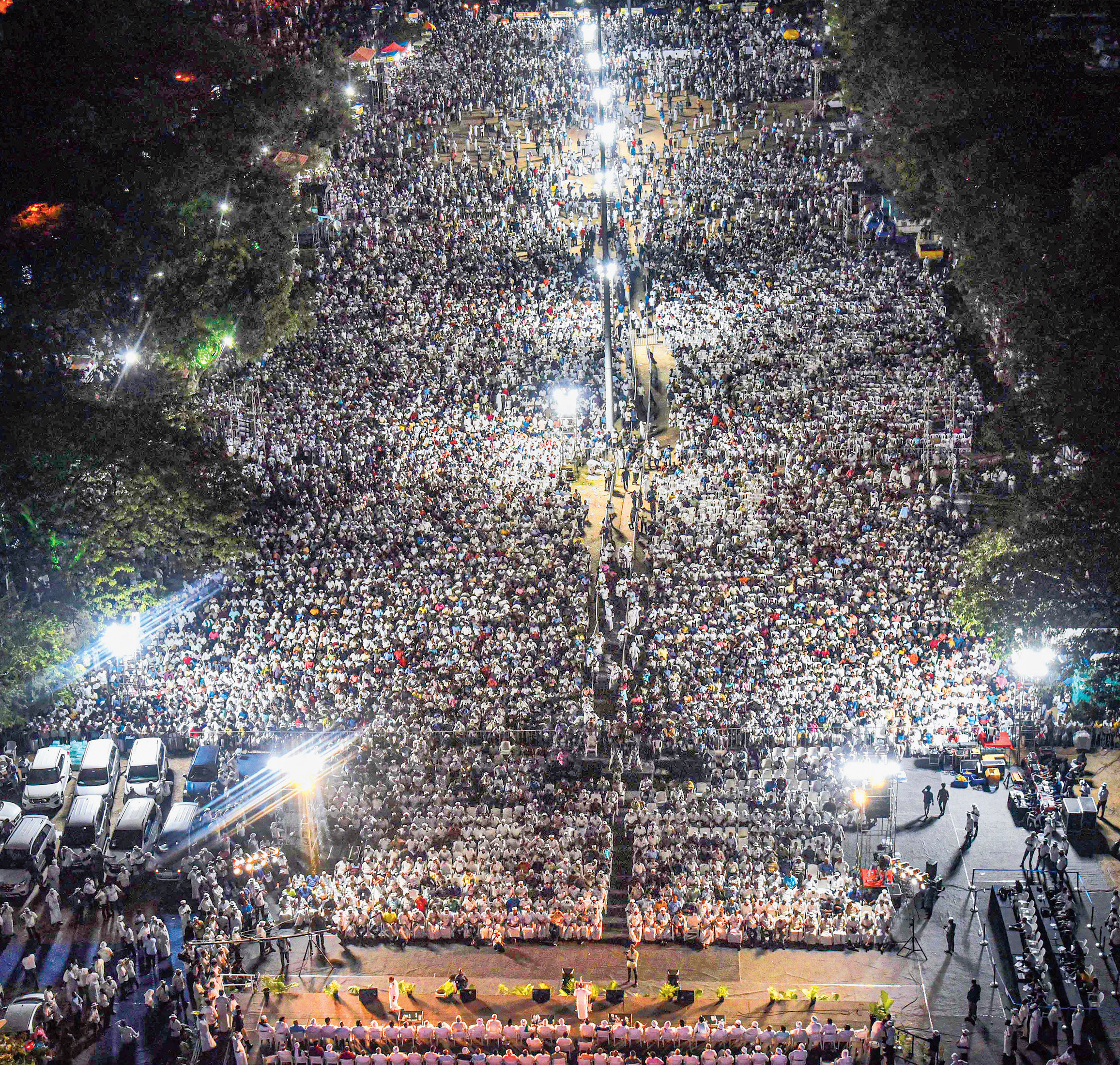 A rally against the Citizenship (Amendment) Act and the NRC winds its way through Kochi in Kerala on Wednesday. The debate is still raging around the question of which communities in neighbouring countries can be considered legitimate refugees for reasons of religious persecution.
(PTI picture)
Manas Ray   |   Published 06.01.20, 06:32 PM

Going by the prevailing definition, refugees are those expelled from their homestead owing to war, religious persecution, political upheaval or similar violence. But is this an adequate understanding today where, thanks to the operations of neoliberal global capital, people in the poorer parts of the world are expelled from their livelihood, home and biosphere on a regular basis? This is shown by the urban sociologist and geographer, Saskia Sassen, in her book, Expulsions: Brutality and Complexity in the Global Economy. Strangely, this issue has not come to the fore even in the wake of the Citizenship (Amendment) Act, 2019. The ongoing debate — spontaneous and countrywide though it is — is still raging around the question of which communities in neighbouring countries can be considered legitimate refugees for reasons of religious persecution.

The text of the Act does not mention religious persecution. But the statement of objects and reasons in the bill preceding it does, as do the home minister’s speeches in Parliament. He said that in the neighbouring countries of Bangladesh, Pakistan and Afghanistan, Muslims are in the majority with Islam as the official religion. These countries have a history of ostracizing minority communities. So it was only logical to exclude Muslims from among those who can legitimately be recognized as refugees on religious grounds from those countries.

During Partition, East Pakistan was left with a substantial number of Hindus, most of whom crossed over in the following decades. By the 1970s, upper-caste Hindus had mostly come over to India. Today, Hindus in Bangladesh are mainly from other backward classes and Dalits. Although Bangladesh has not had a Godhra, incidents of everyday harassment of Hindu minorities — especially in the villages — continue, as much on economic grounds as religious (often the two together), which is why border-crossing has not ended even today.

Pakistan presents a picture in contrast. The violence that followed Partition led to a near total transfer of population in the two parts of Punjab. The Hindus who stayed back were far fewer in number compared to East Bengal. The Hindus there are now a fairly stable community, reportedly increasing in number.

Meanwhile, after the collapse of the Democratic Republic of Afghanistan, most of the few thousand Hindus who lived there left. About a thousand live there now. The reason for including Pakistan and Afghanistan in the CAA is only ostensibly to shelter fleeing non-Muslim Indians; it is, I suspect, to prevent Muslims from coming to India for reasons of security, always a good bogey for the State.

While systemic expulsion makes the oppressed a huge but scattered multitude, the oppressor is increasingly a complex and elusive network with no obvious centre. With neoliberalism, capitalism entered a new phase with reinvented and far-reaching mechanisms for primitive accumulation through advanced algorithms of finance, a vast and interconnected geography of extraction and a rapid and homogeneous technology of city-making that enables the building of overnight cities out of yesterday’s rural habitations and farming. Add to this the regular dumping of toxic waste in vast stretches of land. As Keynesianism gave way to a global era of privatization and open borders, people were pushed out of jobs and habitats. They are the new refugees of our era framed by neoliberalism — an unrecognized but mammoth reality that is only going to expand.

In 1943, Hannah Arendt had challenged in the essay called “We Refugees” the basic idea of the nation state fabricated on the coupling of birth and territory. Étienne Balibar, identifies in the inaugural manifesto of citizenship, The Rights of Man and Citizen (1789), an endless oscillation between the rights of man (inalienable and universal but in practice the rights of those who are rightless) and the rights of the citizen (positive and instituted and standing for freedom and equality but in effect, the rights of only those who are properly recognized). The idea of citizenship will remain bugged by this constitutive tension.

Meanwhile, India and Bangladesh continue to intervene (and mangle) the lives of the peripheral population. For India, ‘Bangladeshi migrants’ is an oppositional category needed to establish the rootedness of the nation. What is obliterated is the arbitrary nature of the border that runs through the middle of dusty village roads, endless pools and interlocking paddy fields. And the more porous and abortive the border, the more the attempt to master it. The external border is both a reality and a metaphor; together, they produce internal boundaries that fuel politics. It is next to impossible to sieve out a particular community from the flow of people that cross the border. The ruling party knows that very well. But they need this disconnect. Mamata Banerjee, too, realizes which way Hindu votes will swing in the next election. Hence, the fury, the hullabol.

What the Assam protests mean