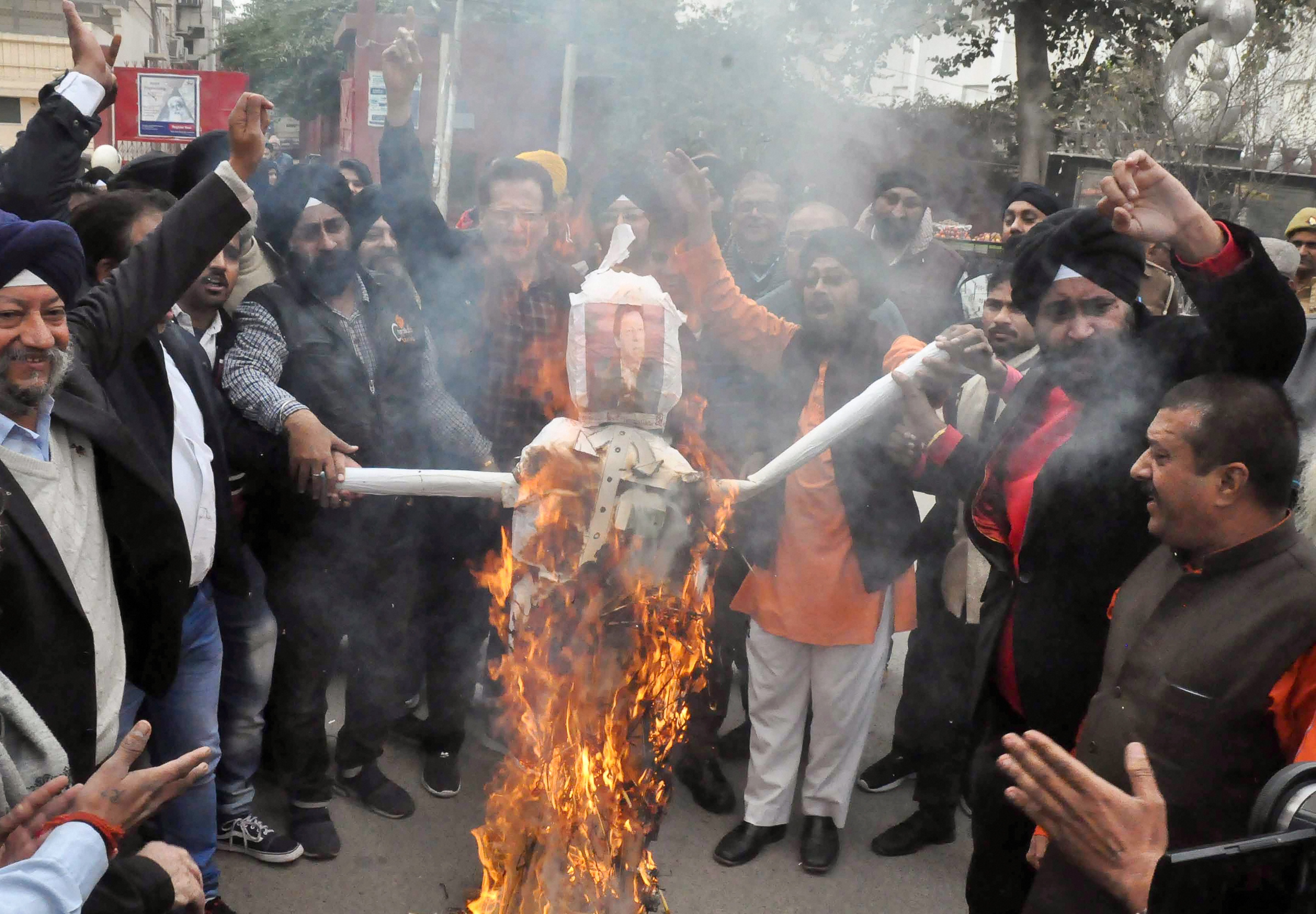 The main accused in the recent incident of vandalism at Gurdwara Nankana Sahib in Pakistan's Punjab province has been arrested and charged with a non-bailable section of the stringent anti-terrorism act, a top official said on Monday.

Gurdwara Nankana Sahib, also known as Gurdwara Janam Asthan, is a site near Lahore where the first Guru of Sikhs, Guru Nanak, was born.

According to media reports, a violent mob had attacked the Gurdwara and pelted it with stones on Friday. A team of police had to intervene briskly to control the situation.

The accused, identified as Imran, was arrested on Sunday for his role in the incident, Geo News reported.

The main culprit in #NankanaSahib incident Imran has been arrested

He further said that the '7 ATA is a non-bailable section under the Anti Terrorism Act.'

Breaking his silence on the incident, Pakistan Prime Minister Imran Khan on Sunday condemned the recent incident of vandalism at the Nankana Sahib, saying it goes against his 'vision' and the government will show 'zero tolerance' against those involved in it.

India has strongly condemned the incident of vandalism at the revered Gurdwara and called upon the Pakistan government to take immediate steps to ensure the safety and security of the Sikh community there.

On Saturday, Indian leaders cutting across party lines and various outfits condemned the mob attack on the historic Gurdwara, terming it as 'cowardly' and 'shameful'.

Hundreds of protesters thronged the streets near the Pakistan High Commission in New Delhi demanding that Islamabad provide adequate security to Sikh shrines and community members there. 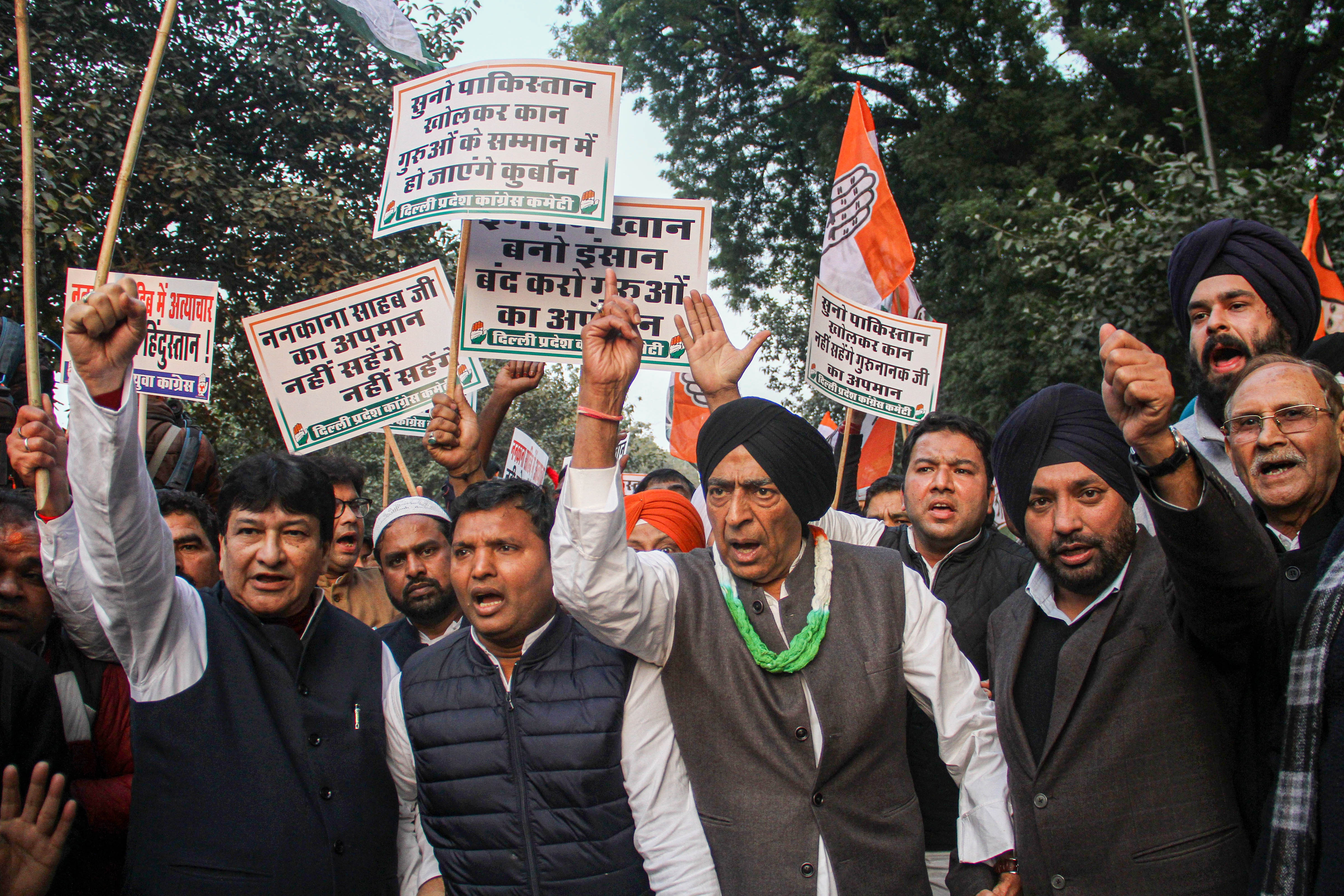 Delhi Pradesh Congress Committee president Subhash Chopra along with other leaders take part in a protest against Pakistan over the attack on Gurdwara Nankana Sahib, outside the Pakistan High Ccommission in New Delhi, Saturday, January 4, 2020.
PTI

Shiromani Gurdwara Parbhandhak Committee, the apex body which manages Sikh shrines in India, said it will send a four-member delegation to Pakistan to take stock of the situation and urged the Pakistan government to take stringent action against the culprits who attacked the gurdwara - one of the holiest sites in Sikhism.

Pakistan's Foreign Office on Friday rejected the media reports that the Gurdwara Nankana Sahib was desecrated in a mob attack, saying the birthplace of founder of Sikhism remains 'untouched and undamaged' and the 'claims of destruction' of one of the holiest Sikh shrines are 'false'.