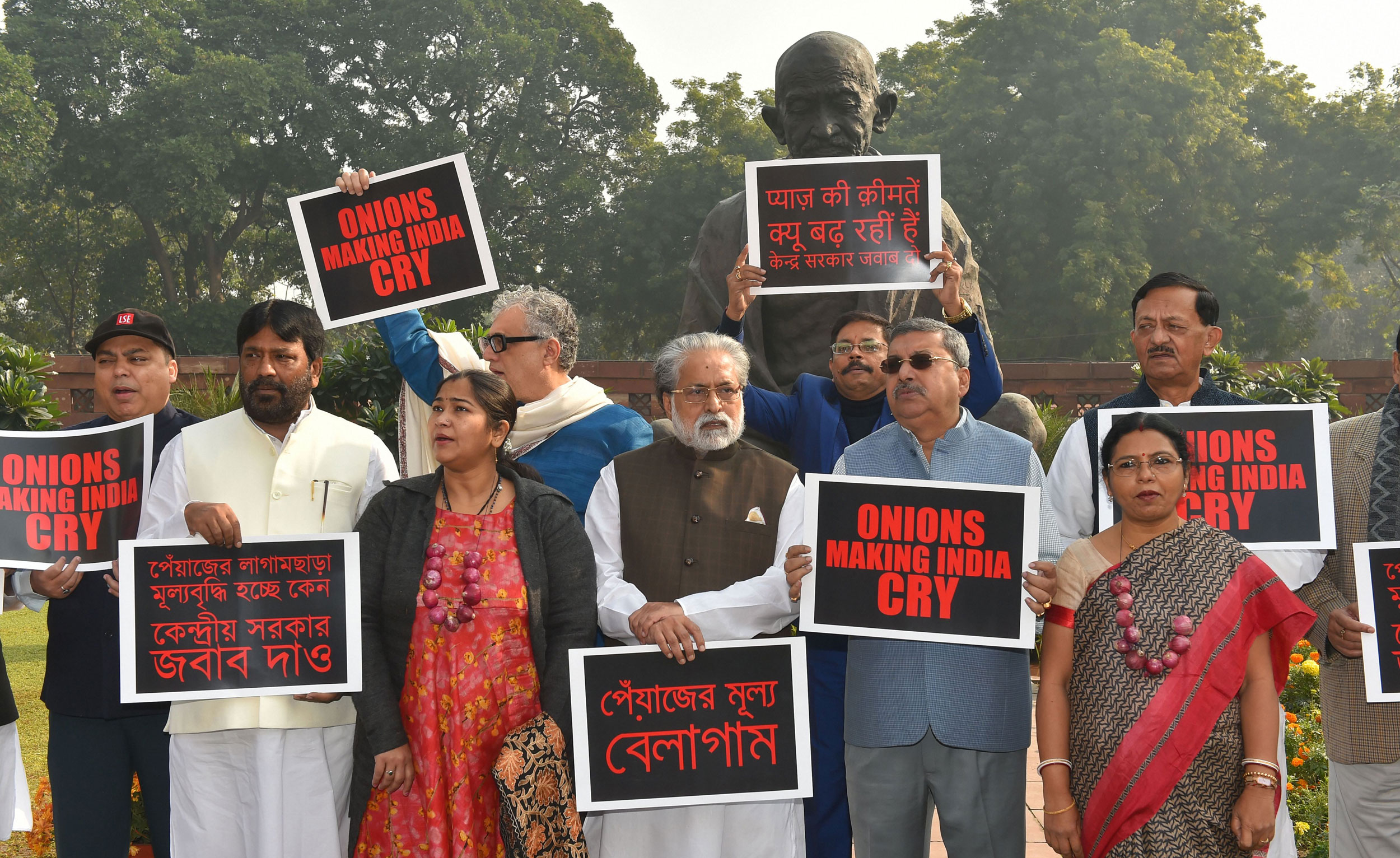 These days, for obvious reasons, Ms Nirmala Sitharaman is not the most popular of politicians. But that cannot be reason enough to put words in her mouth or… onions. Last week, the finance minister was merely responding to a stray voice in Parliament, which was taking off from the NCP’s Supriya Sule’s indignant “I am not happy eating Egyptian onions. Why should India do it?” The Voice, insistent, asked the finance minister, “Do you eat Egyptian onions?” To this Ms Sitharaman responded — “I don’t eat onions, so don’t worry.” In all of this, one can detect a whiff of something else. One could argue that the haranguing after the Egyptian onion was sheer economic concern, but it wouldn’t take away that unmistakable whiff of ultra nationalism that might have been patented by the BJP but is really the all-pervading scent of these times.

The ancestor of the onion possibly migrated from Central Asia to Mesopotamia. According to writer G.J.H. Grubben, it moved to Egypt around 1600 BC and from there to India and South-East Asia. The Egyptians valued their onion. They literally venerated it — there are pictures of priests holding onions. Onions were used in the mummification process and the vegetable’s concentric circles were believed to be symbolic of afterlife. It was also used for pregnancy tests. In the Edwin Smith papyrus (an ancient Egyptian medical text named after the dealer who bought it in 1862), half an onion and the froth of beer is considered “a delightful remedy against death”. And when Imhotep, the Egyptian chancellor to the pharaoh, Djoser, built the step pyramid, he paid his labourers partly in onions.

On Saturday, onion prices crossed Rs 200 (per kilogram). Even a month ago it was selling at Rs 70 (per kilogram). It has been reported that in Bihar’s Muzaffarpur, members of the Haqq-e Hindustan Morcha offered prayers to the onion. In Varanasi, the Samajwadi Party’s youth wing workers are giving onions on loan against Aadhaar cards or silver jewellery. Congress party workers in Lucknow sold onions at Rs 40 a kg outside the state assembly last week and members of Assam’s Dhubri District Mahila Congress Committee wore onion garlands as they demonstrated in front of the office of the Dhubri deputy commissioner. Ms Sitharaman has been cleared of allegations of onion apathy all right, but it will take a little more empathy and effort if she and her ilk want to be spared the onion tears. And there is, of course, that little issue of afterlife. Just saying.

Politicians’ sermons on people’s food platters are in poor taste