The precious bulb has troubled PMs from Indira to Manmohan 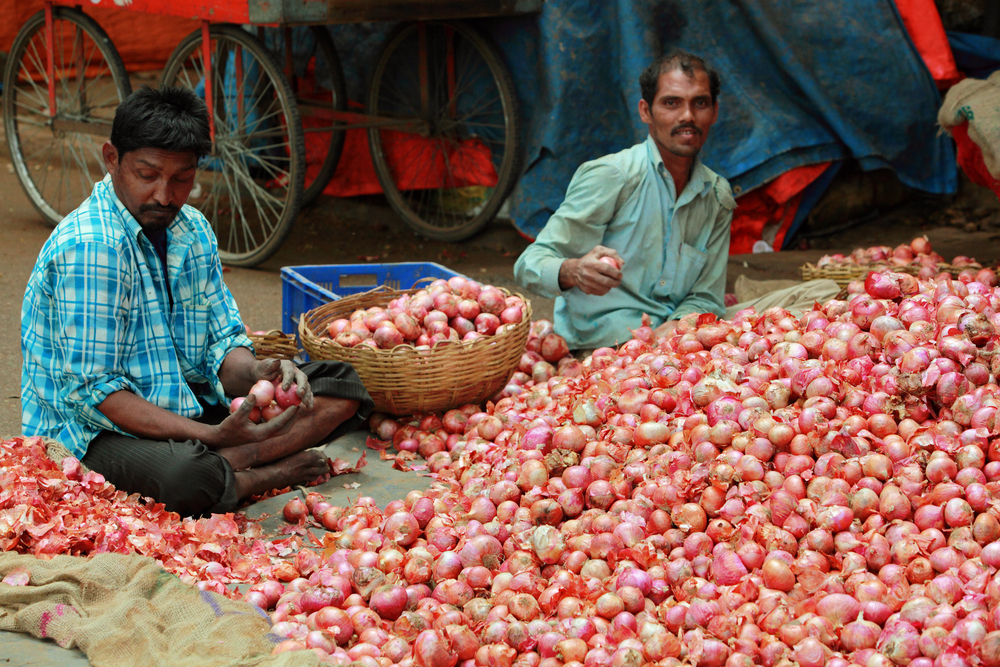 Onion dosa has gone off the menu in Karnataka, where, on Saturday, 40 sacks of onions were stolen from a farm. Over the last 10 days, thieves have been active in neighbouring Maharashtra, where about 700 kg onion was stolen; and in Bihar, where 328 sacks full of the precious bulb vanished.

When onions get stolen, it is time to declare a crisis. Onion crisis.

The Modi government has, meanwhile, resorted to old measures, banning exports and organizing imports. Turkey is set to send 11,000 tonne and Egypt about 6,000 tonne.

Onion has been considered a marker, albeit symbolic, of the state of the economy or governance. For more than four decades the onion prices have set the benchmark for desh bhakt politicians, a trigger of sorts when they should get into the act of “saving the country”.

A vegetable that no Indian kitchen can do without, onions have also reflected the mood of the common man.

Today, onion prices have touched Rs 100 a kilo, but the link between onions and politics goes back to when politicians would go after the government of the day when prices touched Rs 5. Here is a look at how the humble onion has influenced Indian politics.

Indira Gandhi made a comeback in 1980 after her unceremonious exit in 1977 using onion, among other issues, to target the Janata government. The 1979 Congress (I) election campaign opened with the rise in onion prices between March-1977 to December-1979. That subsequently led to the slogan, “Indira bulao, desh bachao (Bring back Indira to save the country)”.

Some called it the Onion election, while others termed its sugar and kerosene election. For, the government of then prime minister Chaudhary Charan Singh was accused of incompetence and held responsible for the rise in prices of onion, sugar and kerosene. The price of the bulb had reached Rs 5 a kilo.

Within a year, onions were making Indira Gandhi cry, since it’s price had hit Rs 6 a kg.

In the 1981 winter session of Parliament, Lok Dal’s Rameshwaram Singh walked into the Rajya Sabha wearing a garland made of onions as mark of protest.

It was perhaps in 1998 that politicians saw and understood the extent to which onions could sway politics. The year saw onions being stolen, given as Diwali gifts and used by retailers in shopping deals. In Mumbai, when prices touched Rs 45 a kg, Congressman Chhagan Bhujbal had sent a box of onions to then Maharashtra chief minister Manohar Joshi as Diwali gift. “Diwali is a festival where you give something precious. This time, onions are very precious,” Bhujbal apparently said.

In Delhi, Sushma Swaraj was made chief minister in a desperate attempt to save the BJP in the state as prices soared. She had promised to make onions available at Rs 5 a kilo. But did not succeed despite trying to set up fair price shops. Similarly in Rajasthan, unseasonal rains set off an onion crisis and ended up threatening the BJP government there.

To top it all, rumours of a severe onion and salt shortage had gripped the country. Impish Congress leaders spread the word that the BJP government used all available onions and potatoes to stem radioactivity from Pokhran tests. BJP lost both Delhi and Rajasthan elections.

In November, errant rainfall delayed the arrival of onions in markets. The Manmohan Singh government responded by banning onion exports, lowering import taxes and knocking on neighbouring Pakistan’s doors for onions. Prices by then had shot up to almost Rs 90 a kg.

Singh called it “a grave concern”. BJP came down heavily on the government protesting with “onion hats” and “onion garlands”.

In 2013, the crisis returned to haunt the Congress government again. To embarrass it further, both BJP and AAP set up mobile vans to sell onions at low prices. Delhi’s then chief minister Sheila Dikshit, who rose to power during the 1998 onion crisis, tried to allay fears and appealed to the people against hoarding.