Advertisement
Home / Opinion / Meghalaya is the abode of neutral clouds

Meghalaya is the abode of neutral clouds 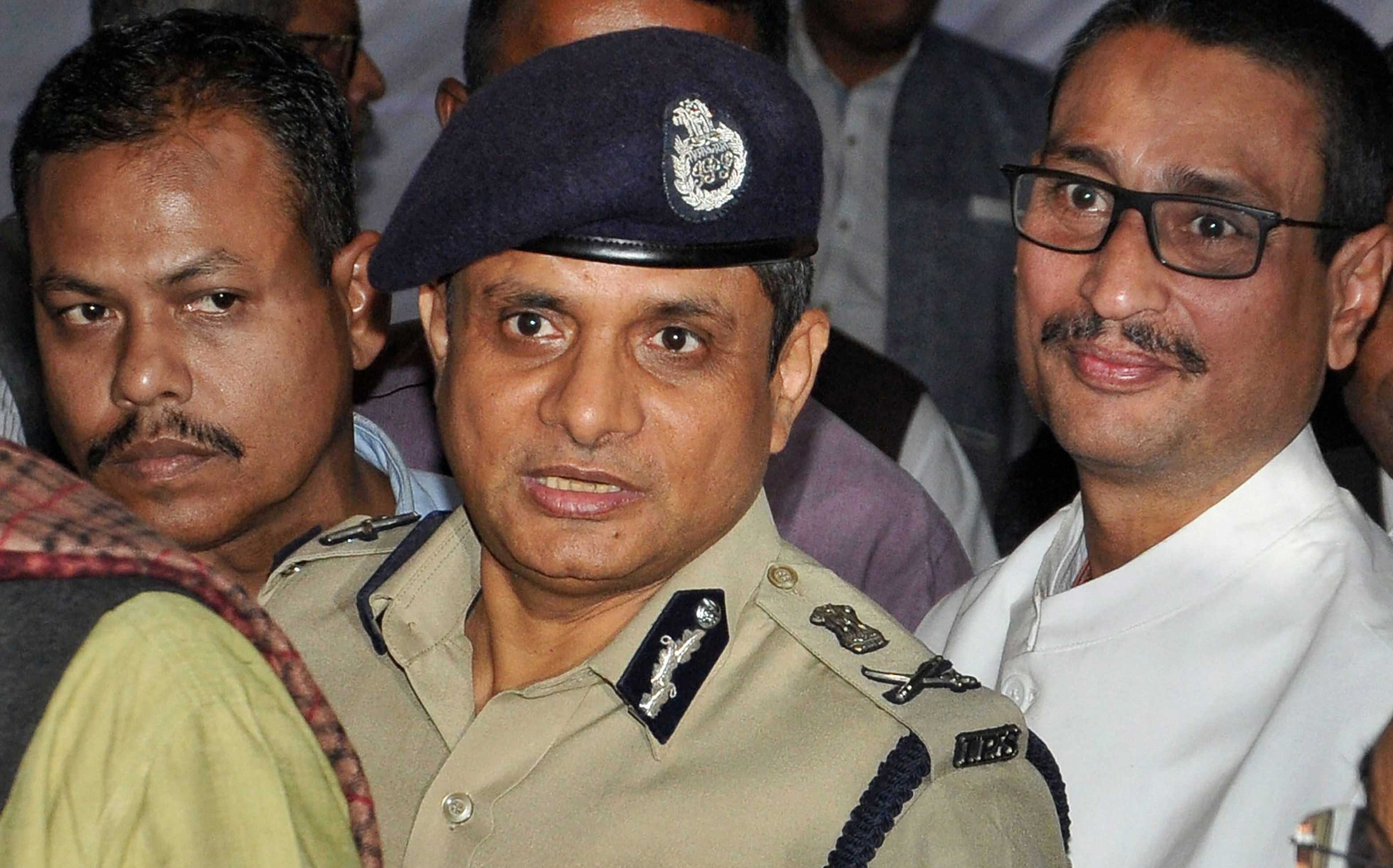 Rajeev Kumar (centre) leaves from the venue of Mamata Banerjee's 'Save Constitution' sit-in in Kolkata, on February 5, 2019. Mamata ended her dharna after the apex court directed Kumar to appear before the CBI in Shillong, calling it a neutral place.
(PTI)
Sudipta Bhattacharjee   |   Published 12.02.19, 08:54 AM

Shillong, the name that momentarily flummoxed the Bengal chief minister, Mamata Banerjee, last week when the Supreme Court named it as a ‘neutral venue’ for the interrogation of the Calcutta police commissioner, Rajeev Kumar, in the deposit default case, is described by Wikipedia as “a hill station in the northeastern part of India and the capital of Meghalaya, which means ‘The Abode of Clouds’...” The headquarters of East Khasi Hills district, situated at an altitude of 4,908 feet, was quite inadvertently catapulted into the limelight when the apex court asked Kumar to report at the Central Bureau of Investigation office there to join the investigation in deposit default cases. Delivering the verdict, the chief justice, Ranjan Gogoi, remarked: “Go to Shillong. It is a cool place. Both sides will remain cool there.”

Although Meghalaya is a popular tourist destination and Shillong gets lakhs of visitors, the chief justice is familiar with the city since he hails from Assam (his father, Kesab Chandra Gogoi, was briefly the chief minister in 1982 and Shillong was its erstwhile capital). Soon after the verdict, the Meghalaya governor , Tathagata Roy, tweeted, “Hon’ble Supreme Court has very wisely chosen Shillong for CBI’s questioning Rajeev Kumar. Weather now is glorious, the rhododendrons will start blooming in a while. I’m sure the government will arrange for a comfortable venue for the parties. Welcome to the Scotland of the East!”

It unleashed a night of Twitterati interactions and the repartees flew thick and fast. “Scotland or Scotland [Y]ard?” came a prompt response. “There’s also a chance that he might refuse to leave when smitten with the beauty of Umiam lake. And I may also suggest the resort at the lake for stay[?] Security will be good as there’s an army camp nearby,” quipped another. “They can partake [sic] some scotch too in evenings,” suggested one aware of Shillong’s reputation as a watering hole, where liquor is cheap and easily available.

Indeed, the picturesque locale (more Wales than Scotland actually) and salubrious climate (if you don’t mind the bitter winters and the ‘rain-it-raineth-everyday’ weather paradigm) often give the impression that happiness and harmony reign in the lives of its residents. It couldn’t be further from reality.

From curfew to insecurity, acute water shortage to regular power cuts (the North Eastern Electric Power Corporation Limited is regulating supply to Meghalaya Energy Corporation Limited for unpaid dues) and joblessness triggering ethnic tension, life is a daily struggle. Traffic moves at a snail’s pace, vehicular emission is at an all-time high while garbage and sewage disposal are a major headache in some localities. Drink-driving and being accosted by inebriated passers-by at night cannot be ruled out. Like in most burgeoning cities, pavements have all but disappeared under vendor occupation, several of them migrants. And migrants are primarily the reason why local pressure groups are clamouring for an inner-line permit to restrict the entry of ‘outsiders’ to Meghalaya.

Into this maelstrom of civic life, the Supreme Court has propelled in an investigation drill! The CBI office in Shillong, the venue of the investigations, is located at Oakland and is housed in an Assam-type bungalow, so ubiquitous in these hills. A red-and-blue signboard above the gate announces its presence. On Friday, CBI officials arrived in Shillong and questioned Kumar till Monday. From their expressions, the ‘cool’ climes didn’t appear to have any significant effect, although Meghalaya Tourism was quick to tweet a photo of Gogoi with his comment.

Pity Yuletide is over, or one could have carolled, “Hark! The herald angels sing...” as the church bells pealed on Sunday. After all, it is tailor-made for conflict managers: “Peace on earth, and mercy mild,/ God and sinners reconciled.”

Wham! How to give it back