A real-life action hero is saved by the virus 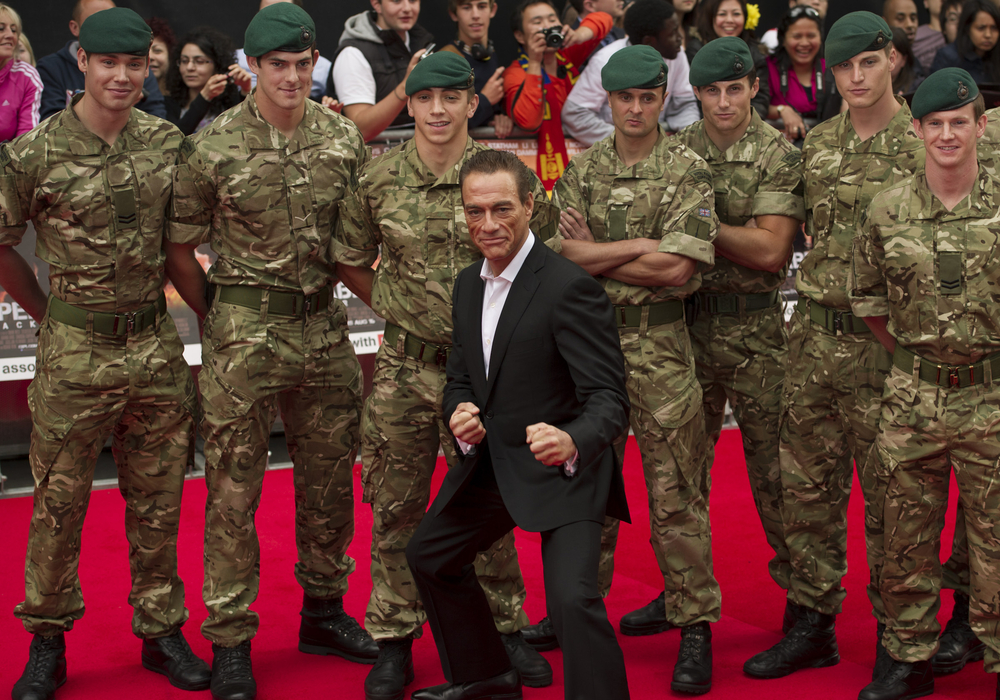 It is hard being born Canadian if your ambition is to be a real-life version of movie tough guy Jean-Claude Van Damme (Bloodsport; Death Warrant; Universal Soldier; Last Action Hero). The same goes for being Belgian, of course, but Van Damme just wanted to be in the movies.

Jordan Goudreau wanted the real thing, and joining the Canadian army reserves while studying computer science at the University of Calgary didn’t quite do it for him. So he moved to the United States of America and joined the Green Berets, which provides a much better mix of derring-do, martial arts, and exotic foreigners to kill (Sudden Death; Die Fast, Die Furious; Kill ‘Em All).

Goudreau was not a fake. He did several tours in Afghanistan and Iraq killing real people, and by all accounts was a brave, competent soldier. But action heroes have early expiry dates. At 60, Jean-Claude Van Damme is doing self-mocking tough-guy commercials for Coors Light. Goudreau’s luck ran out in 2016, when he was injured in a parachute accident and had to retire from his beloved Special Forces at 40.

Nobody offered him any beer commercials, and his great idea to sell the services of military veterans to schools to stop mass shooters didn’t fly. So he ended up doing what washed-up American action heroes always do: he went to Latin America (Butch Cassidy and the Sundance Kid, The Magnificent Seven, and so on.)

Specifically, he went to Colombia. Having set up a ‘security company’ called Silvercorp in Florida, he got in touch with the Venezuelan congressional leader who claims to be the legitimate president, Juan Guaidó, offering to overthrow Nicolás Maduro (who actually lives in the presidential palace). This would be done in the time-honoured way, by recruiting and training exiles and mercenaries who would go in, attack the regime, and trigger a mass uprising. (Think the 1961 Bay of Pigs invasion of Cuba, only successful.) And for about two weeks last October, Guaidó was tempted.

He even signed a $213 million contract with Goudreau’s Silvercorp for unspecified “general services”, but he cancelled the contract in early November. Maybe Guaidó is not quite as gullible as he seems, or maybe he just remembered that hiring foreigners to overthrow your country’s government, even in the name of democracy, is a bad look.

But Goudreau didn’t quit. The US government had recently declared Maduro a ‘narcoterrorist’ (whatever that is), and put a $15 million price on the Venezuelan dictator’s head. So Goudreau’s Plan B was to send in a crack team (they’re always called ‘crack teams’) to capture Maduro, airlift him out of the country, and collect the reward. By now Venezuela’s intelligence service and almost everybody else knew about Goudreau’s plan. But before we get to the end of the story, a brief pause to contemplate the equally spectacular incompetence of the other side.

By late March, the Venezuelan government was on hair-trigger alert for Goudreau’s planned raid, and on the 30th, the Venezuelan navy spotted a Canadian-owned cruise-ship, the RCGS Resolute, stopped off the Venezuelan island of Tortuga. So the navy patrol ship, Naiguatá, ordered the ship to proceed to port for inspection.

The Resolute was actually stopped with an engine problem, so it didn’t move. The Naiguatá’s captain started ramming it, repeatedly. This was unwise, because the cruise-ship was four times bigger than his and had an ice-strengthened hull for polar cruising. Eventually, the Naiguatá just sank. (The crew was rescued.)

And finally, the tragicomic end. A few dozen volunteers and mercenaries tried to land on the Venezuelan coast near Caracas a week ago. Six were killed, all the rest were arrested. Goudreau would have been there too —“He would have 100% gone out in a blaze of gunfire because that’s who he is,” said a friend — but he couldn’t leave Florida because of coronavirus travel restrictions.

Donald Trump denies any official US involvement, and for once I almost believe him.