Advertisement
Home / Opinion / Letters to the Editor: TV series The Rings of Power runs into criticism

Letters to the Editor: TV series The Rings of Power runs into criticism 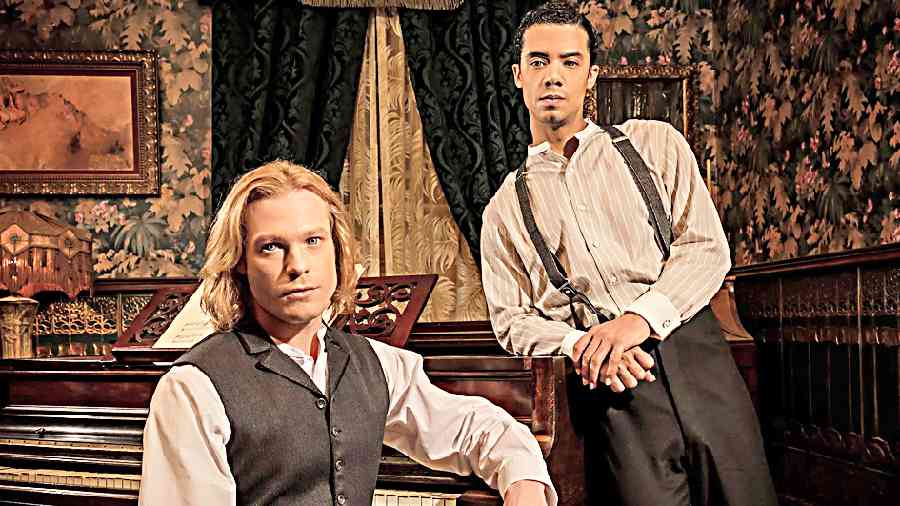 Many purists — a number of Tolkien fans are politically right — argued that the show was a ‘woke disaster’, intent on fitting into the current politics of representation
The Editorial Board   |   Published 03.11.22, 03:01 AM

Two sides of the coin

Sir — The first season of the TV series, The Rings of Power, a prequel to J.R.R. Tolkien’s The Hobbit and The Lord of the Rings, has ended amid much criticism. Many purists — a number of Tolkien fans are politically right — argued that the show was a ‘woke disaster’, intent on fitting into the current politics of representation. Another TV show that updated the canon is Interview with the Vampire, which cast one of the main characters, Louis de Pointe du Lac, as a Black man. But Anne Rice’s masterpiece, which has a large female and queer fanbase, has been lauded for its refreshing take on the complexities of interracial same-sex relationships and parenting. It seems that the reception of modifications on a classic depends on the politics of the targeted demographic.

Sir — Russia recently launched dozens of cruise missiles at critical infrastructure and other locations across Ukraine (“Russian barrage targets Kyiv”, Nov 1). Russia has targeted Ukraine’s energy infrastructure — if successful this would leave the country’s citizens with no light, water or sewage facilities during the harsh winter. According to authorities, strikes in Kyiv have already left 80% of its residents without water.  Such actions by Russia are tantamount to crimes against humanity. Nations must continue to rally behind Ukraine and help its citizens however possible. The supply of arms and ammunition by the United States of America and European NATO member states to Ukraine has led to heavy losses for Russia as well. It is high time Vladimir Putin put an end to this ill-conceived war.

Sir — The Supreme Court has pulled up the Enforcement Directorate official who authorised the filing of an appeal challenging the bail granted to a cancer patient by a lower court. The apex court has ordered the official to pay a fine of one lakh rupees which is to be recovered from his salary.  The bench of Justices M.R. Shah and M.M. Sundresh dismissed the case and remarked that the agency should not have filed such a petition and wasted the stationery, the legal fees and court’s time. The bench also refused to interfere with the decision of the Allahabad High Court, pointing out that the accused was suffering from malignancy and cancer. The apex court is right to reprimand the ED official who displayed a distinct lack of empathy with his actions.

Sir — Law enforcement officers must understand the nuances of unusual rulings before jumping to conclusions.

Sir — The ongoing Twenty20 World Cup in Australia has been troubled by incessant rain. This has led to the cancellation of cricket matches resulting in points shared. The last game that was abandoned because of rain was the Super 12 stage match between Australia and England.  The weather condition in Australia has had an unintended effect on the trajectory of the tournament. This has resulted in top teams fighting for a semi-final spot based on net run rate. In Group 1, New Zealand, England and Australia are now tied at five points with the Kiwis leading in net run rate. Similarly, in Group 2, India and Bangladesh are at four points each with India having a higher net run rate. It is increasingly looking like the net run rate could determine the fate of the competing teams.

Sir — Frequent rains in Australia have put a damper on this year’s T20 World Cup. Too many matches have been cancelled already, leading to a general loss of excitement about the tournament. India has played reasonably well so far but the performances of Australia and Pakistan, two other fan-favourites, have been quite disappointing. This, too, has added to the decline in interest in the 2022 World Cup.

Sir — The Mysuru police has registered a first information report against the owner of the Great Bombay Circus for allegedly chopping off the wings of birds used in its acts. Further investigation has revealed that the circus was using dogs and birds to perform acts which were not registered with the Animal Welfare Board of India, such as forcing dogs to walk sideways on their front legs on the edge of the ring and making birds pull a tiny cart while another bird balances on it. The FIR was filed at the Nazarbad police station for maiming the birds, a cognisable offence under Section 429 of the Indian Penal Code. Additionally, the FIR documents the violation of multiple sections of the Prevention of Cruelty to Animals Act.  Many circuses keep animals in inhumane conditions. Investigations by AWBI as well as the animal welfare organisation, People for the Ethical Treatment of Animals, reveal that circus animals are kept chained or imprisoned in tiny cages and are refused access to veterinary care, proper food and water. Cops across India must keep an eye out for cases of animal abuse at circuses.

Sir — Garbage disposal and collection are abysmal all across Calcutta. The Calcutta Municipal Corporation as well as the public is responsible for this. People dump garbage indiscriminately and, often, the disposed material is not cleared for days. The Calcutta Metropolitan Development Authority, too, has failed to maintain the infrastructure under its jurisdiction in certain places. The concerned authorities must wake up and take the necessary steps.