Keep it cool: traditional practices to beat the heat

Readers write in from Siliguri, Gaya and Calcutta 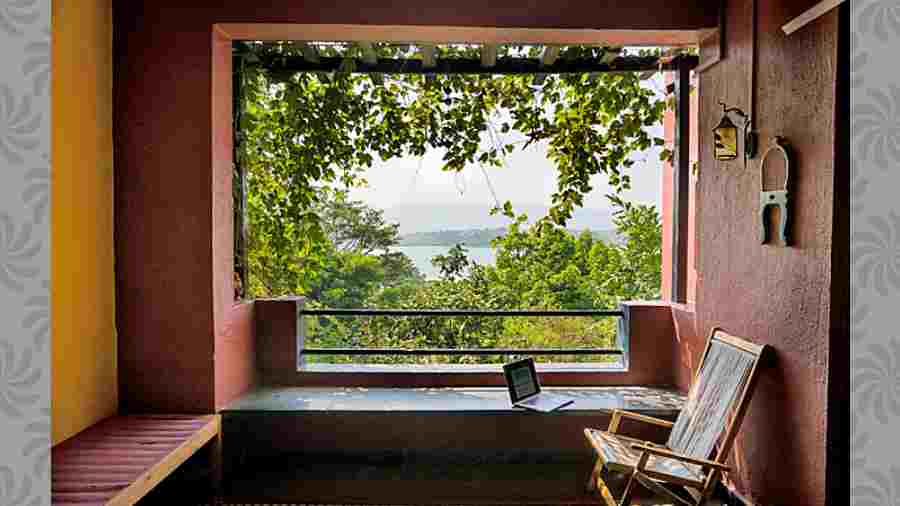 Sir — India is no stranger to heat. Naturally, it has a long history, public memory and practices for dealing with it too. Some of those traditional practices to adapt to heat could be applied to the houses we build now, especially in cities, which, according to an estimate by McKinsey, have a 40 per cent chance of experiencing heatwaves between2025 and 2035. Windows that can be opened fully, jaalis to diffuse sunlight coming in through windows, additional insulation on the western facade of buildings, chhajjas over windows and roof gardens are some easy ways to keep buildings cool and reduce our energy consumption.

Sir — In his article, “Retreatlessons” (Aug 12), T.C.A. Raghavan cited three causes for the Partition of India — the British policy of divide and rule, Muslimsdemanding a separate nation and the Congress’sinflexibility when it came to dealing with the Muslim league. However, could it be argued that the raj needed to play on religious sentiments in the subcontinent to check the rise of Communism around the globe? This theory merits some thought.

Sir — T.C.A. Raghavanrightly argues that “There are within India a multiplicity of views on who and what was responsible for the tragedy of Partition.”What is not in any doubt, though, is that the scars of partition are exploited by political leaders irrespective of their ideology even today. These deep wounds on the psyche of our nation continue to shape electoral outcomes to this day.

Sir — At a seminar in July, the Union law minister, Kiren Rijiju, said that he was concerned about a backlog of around five crore cases piling up in the country’s courts. The Chief Justice of India, N.V.Ramana, replied to this by saying that one of the biggest reasons for this was the high number of judicial vacancies, along with a lack of judicial infrastructure. This is not the first time that the CJI has raised this issue. In October, Ramana complained that the Centre had only cleared seven names of the 106candidates recommended to be appointed as high court judges. The judiciary and the executive need to come together to resolve this impasse. It is the common people who are suffering as a result of the high rate of pendency before the courts.

Sir — There are some4.1 crore cases pending before the lower courts in India. These courts also have over 5,000 vacancies. Appointments to these courts fall under state governments and high courts. Different states have varied procedures and, thus, unique problems when it comes to lower court appointments. One of the main problems is the lack of data on vacancies in district courts. While the Union ministry of law and justice publishes a comprehensive data set every month noting vacancies in the Supreme Court and high courts, it has no similar mechanism for the lower courts. This must be remedied. The Centre must set up a uniform mechanism for appointments to lower courts in consultation with the states.

Sir — Vacancies in the lowest rungs of the judiciary affects the common people the most. The Central and the state governments must arrive at a consensus on how to fill these gaps.

Sir — The Centre’s decision to introduce the drugs, cosmetics and medical devices bill to replace the colonial-era drug regulatory law in India could have been an excellent opportunity to fix a broken system. However, the new law does nothing to curb the vast discretionary powers that exist with the DrugController General of India to approve new drugs. This is not surprising because the bill was drafted under the aegis of V.G. Somani, a former DCGI.

The pandemic showed how poorly equipped and confused the DCGI is when it comes to giving a nod to new drugs. Many of the new drugs approved by the DCGI, such as Favipiravir, Itolizomab and Virafin,never found mention in the government’s treatment guidelines for Covid-19. Moreover, phrases that do not exist in the law, such as“emergency use authorisation”, and “clinical trial mode”, among others, were used to pass new drugs and vaccines in spite of the lack inadequate clinical trial data. There is still scope to rework the newly notified bill. The government must take a long, hard look at the gaps exposed by the pandemic.

Sir — The drugs, cosmetics and medical devices bill is silent on the process to be followed by the DCGI while approving new drugs. There is also nothing about a new drug having to go through rigorous clinical trials in controlled settings. It also says nothing about the regulator publishing his or her justification for approving a drug or for appointing experts to advisory committees and their mode of functioning. Suchopacity is unacceptable when it comes to drugs that can mean the difference between life and death.