Letters to the Editor: Tokyo governor's solution to energy crisis 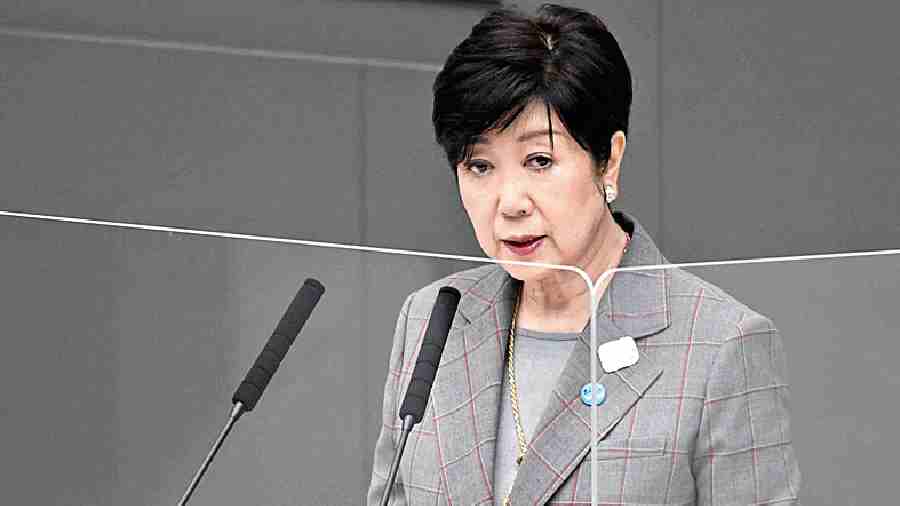 Sir — Politicians are rarely known to shy away from giving unsolicited advice. Recently, the governor of Tokyo, Yuriko Koike, urged people to wear turtleneck jumpers to stay warm during winter. Koike’s fashion tip was meant to help people reduce their soaring electricity bills amidst a severe energy crisis in Japan. While adding a few extra layers is not unwise, Koike’s response has come across as flippant. Could it be argued that her advice — it took a rather simplistic approach to a gargantuan crisis — is similar to that oft-repeated yardstick of insensitivity, “let them eat cake”?

Break the link  Sir — The Supreme Court has raised concerns about the process of appointing election commissioners while responding to petitions alleging anomalies in the appointment of the new election commissioner, Arun Goel (“SC seeks files on EC appointment”, Nov 24). The top court also highlighted that the tenures of CECs have declined from six years to a few hundred days since 2004. In fact, seven CECs have been appointed in just the eight years under the Narendra Modi government. This indicates that their selection may be politically motivated and is a grim reminder of how the independence of the democratic institutions is being eroded. The Election Commission is entrusted with the responsibility of conducting free and fair elections. The authorities must do what it takes to restore people’s faith in the process.

Sir — The Central government usually appoints retired bureaucrats as election commissioners. This significantly dilutes the integrity of their constitutional position. Recently, there have been doubts about the impartiality of ECs owing to several electoral decisions that have been favourable to the ruling Bharatiya Janata Party at the Centre. A reform in the process of appointing the members of the apex poll body, which will ensure its insulation from political interference, is thus the need of the hour.

Sir — During a recent election meeting in Gujarat, a Bharatiya Janata Party member of the legislative assembly, Jethabhai Bharwad, said that his party would strip the Aam Aadmi Party chief, Arvind Kejriwal, naked and send him back to Delhi. The Model Code of Conduct prohibits the use of such language. But politicians often violate the MCC with impunity. The provocatory statement made by Bharwad not only transgresses the limits of decency but is also incitement against a person holding a constitutional position. The Election Commission must take note of this.

Sir — It is heartening that the Supreme Court of New Zealand has ruled that the minimum voting age of 18 is discriminatory, paving the way for a parliamentary poll on lowering the age limit to 16. The ruling comes against the backdrop of the Make It 16 campaign, which argues that young people should be given the right to vote on issues that affect them, such as climate change, living costs, education, and mental health. The inclusion of young people in the electorate will positively impact conversations around these issues.

Sir — The group stage of the Fifa World Cup is usually the least thrilling given the disparity in skills between the competing teams. But the group stage match between Argentina and Saudi Arabia in the ongoing tournament in Qatar turned out to be different (“Messypotamia but it’s not all over yet”, Nov 23). Saudi Arabia pulled off one of the biggest World Cup shocks ever to defeat Argentina, one of the favourites to lift the Cup, 2-1. Although the Argentines dominated the first half, which included a penalty goal from the captain, Lionel Messi, Saudi Arabia bounced back in the second half, scoring twice within five minutes. This proves that sport is full of unexpected moments.

Sir — Football lovers are lamenting one of the greatest ever upsets in the World Cup which saw Saudi Arabia end Argentina’s unbeaten 36-game run. But not much is being said about the incredible defence put up by the Saudi Arabian team. Compared to the extraordinary goalkeeping by Saudi Arabia, Argentina was found lacking. It is unfortunate that football lovers in India, especially Calcutta, have always favoured the star studded South American sides rather than the collective efforts displayed by other teams.

Sir — Argentina’s loss to Saudi Arabia has not yet dimmed the former’s chances of qualifying the group stage and making it to the round of 16. But Argentina will have to win the next two tough matches against Mexico and Poland, respectively, in order to keep its hope of repeating the success of 1986 alive. That would be a fitting World Cup swansong for the legendary Lionel Messi.