Letters to the editor: Therapeutic benefits of gardening

Readers write in from Calcutta, Chennai, Delhi, Raichur and Hooghly 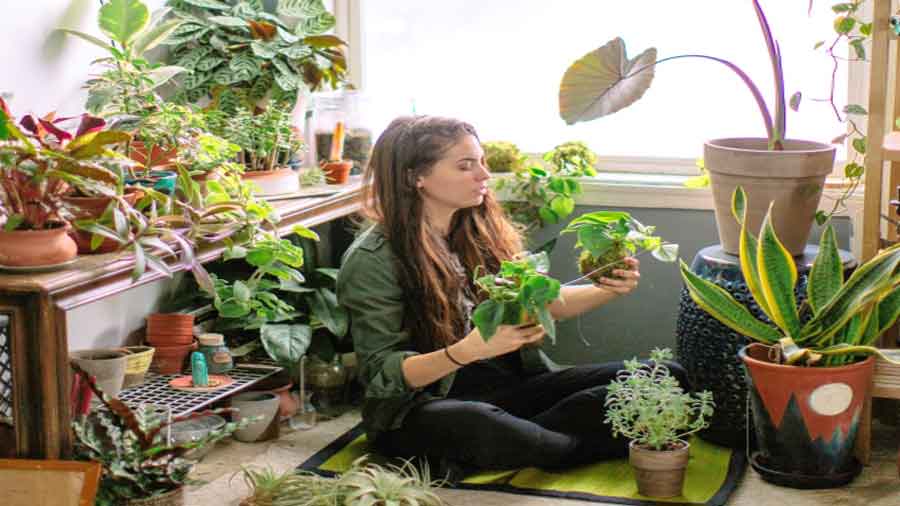 Sir — The idea of sipping a cup of tea in the early hours of the morning surrounded by the greenery of a private garden sounds rather peaceful. It turns out that it can actually benefitour mental health too, especially if this garden is somethingwe have nurtured ourselves. Published in the journal, PLOS One, a new study attests to the therapeutic benefits of gardening. Harvesting the fruits of one’s labour boosts dopaminein the brain, creating a sense of pleasure. It is also suggestedthat coming into contact with soil and, more specifically,Mycobacterium vaccae, a bacteria found in it, can also trigger the release of serotonin. But the question that needs to be asked here is where do sunless, closely-packed modern homes have the space for gardening?

Sir — While deliveringthe convocation addressat the National Law University in Delhi, the Chief Justice of India, N.V. Ramana, lamentedthe “diminished participationof students in social causes after liberalisation”. While Ramana did not point fingers, it is common knowledgethat saffron attacks on university spaces and State crackdown on dissent are responsible for the silencing of students. The strategic placement of educators who are sympathetic to the cause of the State has made life more difficult for students. The judiciary needs to take cognisance of the situation before it is too late.  Aadrit Banerjee,Delhi

Sir — Adewale Adeyemo, the deputy secretary of the treasury of the United States of America, will be visiting India tomorrow. New Delhi should push for greater US investment in meeting its energy security challenges as well as stronger trade ties. Sectors like electric transport and space technologycan harness their true potential with the right investment.In the post-Covid world, most nations want to reduce their dependence on imports from China. The US can bank on India to help it shape the new economic world order of the 21st century. India’s strength lies in its human resources; both New Delhi and Washington can benefit from it if utilised properly. One more thing India should request Adeyemo to do is to ease visa restrictions.Brij Bhushan Goyal,California, US

Sir — In his column, “August musings” (Aug 21), Gopalkrishna Gandhi writes, “We columnists tend to think what we write can influence or change opinions. This is but an illusion.” But columnistslike him do influence, if not always change, the opinionsof readers. Gandhi’s columnshave enriched us with information and judicious analysis and helped readers develop a rational outlook. For instance, “August musings” was illuminating— “a flutter of flags” on Independence Day reminded us of “a yesterday of ideals”. The collective nouns that Gandhi coined not only simplifythe connections that he is trying to make but also vivify them. Readers wait for such precious writings from columnists.

Sir — The footballer, Samar ‘Badru’ Banerjee, who led India to a historic fourth-place finish in the 1956 Melbourne Olympics, is no more. This remains India’s best performance at the Olympics. The time when Banerjee was the captain was considered the golden era of Indian football. West Bengal should name the new footballstadium and academy being built in Calcutta after Banerjee.Vijaykumar H.K.,Raichur Sir — Samar Banerjee passed away recently after a prolonged fight with Alzheimer’s.Tulsidas Balaram is now the only player still alive from the 1956 Indian side. Banerjee not only played for Mohun Bagan but he also took up coaching and managed the Bengal football team, which won the national championship for Santosh Trophy in 1961 under him. After his coaching stint, he went on to become a selector and remained associated with the Indian Football Association for a long time. His contributions to Indian football can never be forgotten.Bidyut Kumar Chatterjee,Faridabad  Sir — It was heartbreaking to learn about the death of Samar Banerjee. His captaincytook the Indian football team to its g reatest heights on the international stage. Unfortunately, India could not retain that success.

Sir — It is surprising that in spite of several complaints to the Tamil Nadu government, it is still dragging its feet on imposing a blanket ban on online games. The state governmentis set to hold consultationswith stakeholders to ban and regulate online games as 22 people have ended their lives because of huge losses at online rummy. The government should take a firm stance against gamblingonline in the name of playing games.

Sir — The eSports Players Welfare Association has urged the Tamil Nadu governmentto recognise skill games as a distinct sport instead of clubbing with gambling and provide a safe harbour for professional players. This is a good idea. India is participating in internationaltournaments on online gaming and developersare making new games. It is thus imperative for the state to regulate skill-based online gaming. Moreover, courts have repeatedly made it clear that the state governmentcan only make laws on online gambling and not gaming. The latter ends up putting players at risk, equatingthem with gamblers and criminals.Rohith Vinayak,Mumbai Sir — Confusing gaming with online gambling would be foolish. It would also make gambling harder to regulate.