Advertisement
Home / Opinion / Letters to the Editor: The pull power of fear

Letters to the Editor: The pull power of fear 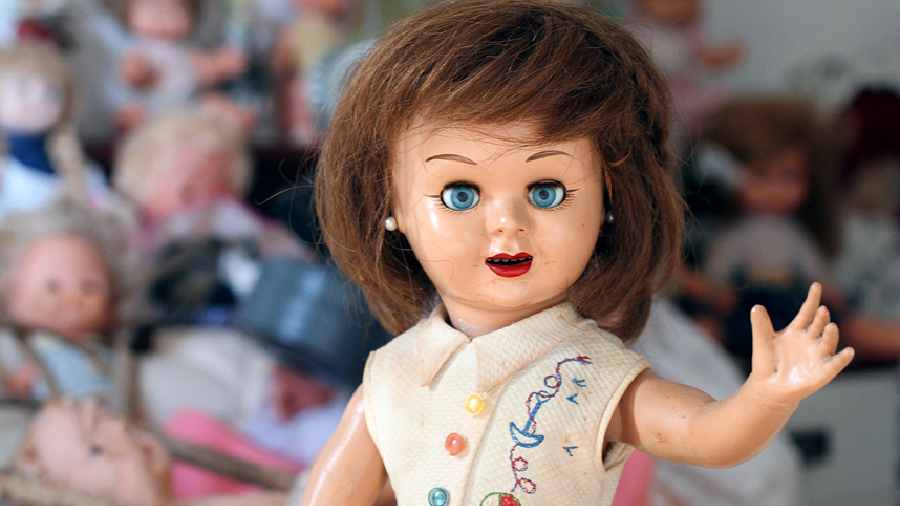 Such is the craze to seek out the supernatural that the online shopping platform, eBay, has started listing haunted dolls with porcelain faces, elaborate dresses, and vapid eyes, claiming that these are vessels for ‘unquiet spirits’
The Editorial Board   |   Published 25.01.23, 04:14 AM

Sir — As if the fear generated by the pandemic was not enough, movies, video games, books and other media have been cashing in on the horror genre, which seems to be a crowd-pleaser these days. In fact, a recent study has shown that bingeing on scary movies can be a coping mechanism that helps people deal with real-life trauma. Such is the craze to seek out the supernatural that the online shopping platform, eBay, has started listing haunted dolls with porcelain faces, elaborate dresses, and vapid eyes, claiming that these are vessels for ‘unquiet spirits’. The lengths to which people will go in order to seek fear raises questions about the increasing tolerance of fear and violence. Can the human race survive if it eventually becomes immune to fear?

Sir — The Central government has imposed restrictions on disseminating the BBC documentary, India: The Modi Question, which examines Narendra Modi’s role in the post-Godhra riots in Gujarat as the chief minister of that state (“Lingering shadow”, Jan 24). The ban is indicative of a guilty conscience. Although the Bharatiya Janata Party has taken refuge in the Supreme Court’s exoneration of Modi, its reliance on the judiciary seems to be selective.

Sir — The reasons cited for placing restrictions on India: the Modi Question seem shaky. Even though the apex court has given Narendra Modi a clean chit, the media cannot be prevented from revisiting the riots. Modi’s inability to control the statewide violence had led the then prime minister, Atal Bihari Vajpayee, to admonish him. Modi cannot escape moral responsibility for the riots.

Sir — The government has claimed that the BBC documentary tries to tarnish the image of Narendra Modi. But the jurist, G. Mohan Gopal, has rightly asked why one should spend time defending Modi given that he has already been exonerated by the Supreme Court (“Block on BBC film is colonial, says jurist”, Jan 24). Some people have also questioned the timing of the documentary. Is there any set time frame to re-examine history? The documentary should have been ignored. The decision to block it will only hurt Modi’s image internationally.

Sir — Twin blasts in Jammu’s Narwal district have injured at least nine people. The blasts took place in spite of heightened security in the region. Jammu is undergoing a transition and immediate attention must be paid to tackle separatism. Reforming the education system may go a long way in integrating the local youth with the socalled mainstream. Unless Jammu and Kashmir is handled with care, the security situation in the Valley may deteriorate soon.

Sir — It is a rare moment when a politician steps down from a powerful perch. Most attempt to cling onto power long past their prime, scheming in a way that tarnishes their standing. However, the prime minister of New Zealand, Jacinda Ardern, broke away from this tradition with the shock announcement that she was going to quit. Holding back tears, Ardern said that she had no more fuel in the tank to continue, adding that she was only human. History will be the judge of her political legacy as well as the arbiter of questions about whether she faced a harsher assessment because she was a woman leader in what was, for a long time, a boys’ club. But in deciding to step down while she was on top instead of trying to hold on to influence, she has set an example, one that many powerful leaders across the world would do well to note.

Sir — Jacinda Ardern’s decision to quit has led many to ask if women can indeed have it all — that is, raise a family as well as succeed professionally. This is unfair. Ardern is proof that women can do it all. Knowing when to quit does her credit, not disservice.

Sir — In a welcome move, a panel formed by the sports ministry will probe the allegations of sexual harassment against the former chief of the Wrestling Federation of India, Brij Bhushan Sharan Singh, as well as run the organisation for a month (“Mary Kom to lead panel”, Jan 24). The panel comprises former sportspersons like MC Mary Kom, Yogeshwar Dutt and Trupti Murgunde. Former players are the most suitable candidates for heading sports federations. It is also time more women are inducted into the staff of these federations.

Sir — In his recently published memoir, Spare, Prince Harry has revisited the traumatic experience of the death of his mother, Princess Diana. His words reveal his strong objection to the paparazzi that had hounded his mother in a Paris tunnel leading to the fatal accident. Instead of trying to rescue Diana, the photographers were busy clicking pictures of her lying gravely injured in the mangled car. This speaks poorly of the humanity of the photographers.

Sir — It is heartening to note that the legendary Dakota (DC-3) VT-AUI aircraft, which the late Biju Patnaik had reportedly flown to Indonesia to rescue two resistance leaders from the clutches of Dutch colonists in 1947, will be plinthed at the Bhubaneswar airport for public display from March 5. Incidentally, the airport is named after Patnaik.