Advertisement
Home / Opinion / Letters to the Editor: The impact of US' abortion row

Letters to the Editor: The impact of US' abortion row

Readers write in from Calcutta, Chennai, Mumbai and Hooghly 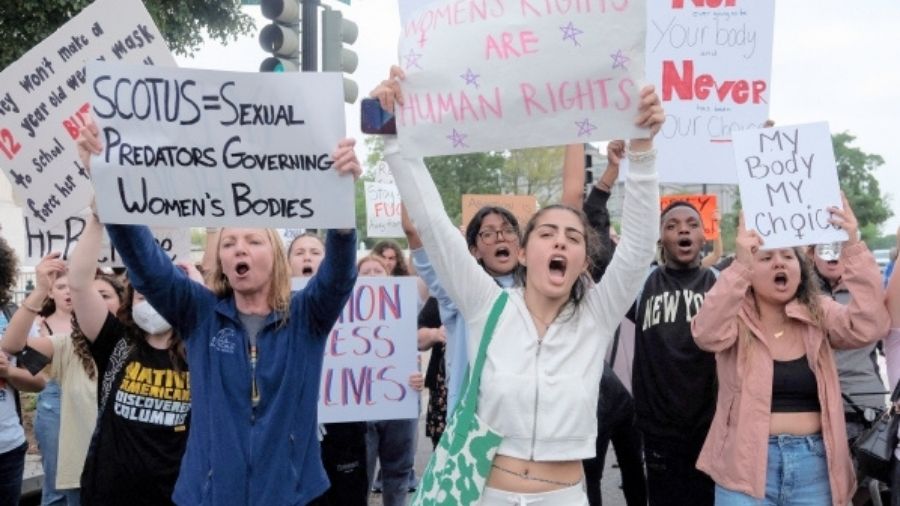 For a long time, activists have looked to progressive legislations in the US to help them shape their demands for legal access to safe abortion.
Sourced by The Telegraph
The Editorial Board   |   Published 06.05.22, 02:53 AM

Sir — A leaked draft opinion of the Supreme Court of the United States of America suggests that it is poised to strike down Roe vs Wade, a landmark decision that guaranteed abortion as a constitutional right. If true, this will not only dramatically impact the reproductive rights of American women but will also have symbolic consequences for the rest of the world. For a long time, activists have looked to progressive legislations in the US to help them shape their demands for legal access to safe abortion. The withdrawal of abortion rights in the US will dishearten countless women still fighting for this basic right.

Sir — Sankarshan Thakur is right to insist that the Congress itself is to blame for its steady fall (“A weak hand”, May 5). If the Congress thought that roping in the poll strategist, Prashant Kishor, would be enough to fix its organizational weaknesses, then it was mistaken. The Grand Old Party neither has a strong base at the grassroots nor an effective local leadership structure. It is foolish to expect the Congress to win against the electorally-savvy Bharatiya Janata Party.  The Congress needs to hold organizational elections at the earliest. There should not be an inner circle with disproportionate say in party matters. The dependence on the Gandhi family is costing the party dearly. The Congress must strengthen itself at the grassroot level.

Sir — The communal clashes at Karauli, Alwar and Jodhpur in Rajasthan are a matter of concern. The Congress-led government must exercise caution in the upcoming months so that the BJP does not use this opportunity to turn the tide in its favour before the state goes to polls next year. It is true that the Congress itself has contributed the most to the BJP’s vision of a Congress-mukt Bharat. Rahul Gandhi’s fiery speeches have not been able to invigorate the party.  There are many people who are hoping that the Congress will come back to power. However, the actions of the present leadership have dashed all hopes. The Congress must introspect why it is unable to effectively challenge the BJP. The Grand Old Party has also lost the confidence of regional parties. The top leadership must do its best to revive the party.

Sir — The rift between Prashant Kishor and the Congress is unfortunate. Kishor wanted the opportunity to reform the party without undue interference but, ultimately, the talks fell through. Kishor could have accepted the Congress’s offer and worked his way up the ladder. The tussle is a loss for both the Congress and Kishor.

Sir — Two tribal men in Madhya Pradesh’s Seoni district were lynched by a mob over suspicion of cow slaughter. The two men succumbed to death while another person, who was injured during the incident, is undergoing treatment at a hospital.  It is no secret that the number of mob attacks has gone up since the Bharatiya Janata Party came to power. Many people have lost their lives. This could not have been possible without the tacit support of those in power. It is shameful that people are being attacked under the pretense of cow protection.

Sir — A leader of the Bharatiya Janata Party raised a hue and cry over a video of the senior Congress leader, Rahul Gandhi, attending a wedding in Kathmandu. He erroneously alleged that Gandhi is having a good time at a nightclub when the Congress is struggling to stay afloat. The BJP must stop trying to discredit Gandhi and focus on the problems plaguing the ordinary citizens of the country.

Sir — Some senior bureaucrats serving in West Bengal have expressed reservations about the government’s plan to appoint consultants from the corporate sector to the chief minister’s office (“Bureaucrats cold to plan to hire experts”, May 4). Government departments have specific functions and the bureaucrats who are attached to each office work accordingly. The participation of external consultants might complicate the matter and may even lead to breach of confidentiality. The concerns expressed by these bureaucrats are justified.

Sir — The Maharashtra Navnirman Sena chief, Raj Thackeray, has vowed to stop the use of loudspeakers in mosques. At a time when the nation is facing several critical problems, the common people are hardly bothered by the use of loudspeakers. Rising inflation, unemployment, growing communalism are serious and immediate concerns. Politicians must focus on resolving these problems and not get sidetracked.

Sir — It was painful to watch the Chennai Super Kings, led by M.S. Dhoni, lose to the Royal Challengers Bangalore by 13 runs during their last match at the Indian Premier League. This win is definitely a confidence-booster for the RCB, which had lost three games back-to-back. The CSK’s poor fielding has been one of its major issues throughout the tournament. Dhoni must take note of the team’s shortcomings.

Sir — The state governments took a hasty decision to relax Covid-19 restrictions. Now, several states in the country are witnessing a rise in the number of infections. Safety measures must be implemented, once again, across the country. People should continue to wear masks. Prevention is better than cure.

Sir — Most people are no longer adhering to Covidsafety protocols. This is worrying.