Advertisement
Home / Opinion / Letters to the Editor: The benefits of swearing

Letters to the Editor: The benefits of swearing 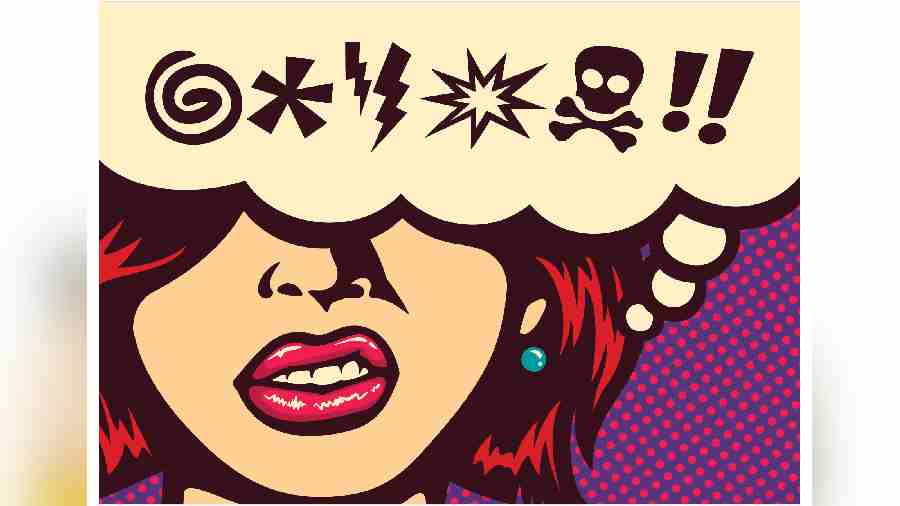 Sir — A new study published in Lingua has highlighted that not only can swearing be good for health but it also makes a person more persuasive. Could it be that because swearing implies a lack of filters when it comes to speech people automatically assume that a person who uses cuss words in public is also not filtering the truth? If swearing and honesty indeed went hand in hand, former presidents of the United States of America, such as Donald Trump, Richard Nixon and Lyndon B. Johnson, who were known for being liberal with cuss words, are surely the exceptions who disprove this law.

Sir — The Supreme Court has upheld the constitutionality of 10% reservation for economically weaker sections by a 3:2 majority verdict (“Nod to alter quota basic structure”, Nov 8). But the dissenting view held that the exclusion of the poor from the historically deprived sections from the purview of the quota violates the constitutional principle of equality. Such apprehensions are not without basis.   It must be noted that the EWS quota is applicable in admissions to both public and private educational institutions, whereas castebased reservations still do not apply completely to the private sector. This raises further concerns about the implementation of the EWS quota.

Sir — The apex court upholding the 10% reservation for economically weaker sections is welcome. Many among the poor will benefit from reservation, which was hitherto applicable to only the scheduled castes, scheduled tribes and other backward classes. The present reservation policy needs to be revisited to ensure that only those truly in need of this benefit can avail of it.

Sir — The economic justice that the EWS quota proposes to achieve would have been possible only if its benefits had been made available to historically disadvantaged groups. The exclusion is based on apprehensions that these groups would corner a larger share of the reservation pie (“Debatable”, Nov 8). Such concerns had already been addressed during the formulation of the creamy layer of the OBC quota. The government should consider extending the purview of the EWS reservation. At the same time, it should lower the income benchmark in order to identify the creamy layer so that the poorest sections among the disadvantaged groups would avail some residual benefits under the EWS scheme even if they get crowded out from the caste-based quotas.

Sir — The article, “Dimasa plea to ban film that ‘defames’ tribe” (Oct 1), shocked and distressed me. The film, Semkhor, by Aimee Baruah apparently accuses the Semsa people of the Dimasa community of Semkhor village of committing female infanticide, among other things. It is appalling to see a poorly-researched film being screened nationally and internationally, not to mention being awarded. Various Dimasa organisations are protesting the gross misrepresentation of their community. I had the opportunity to visit Semkhor and conduct research among the Semsa in 1978 under the aegis of the Anthropological Survey of India. At that time, there were 187 households in Semkhor with a population of 692. The female population of the village outnumbered that of males and the sex ratio was 1,060. The unique, bilineal descent system is prevalent only among the Dimasa in India. Women enjoy an envious status in that society. If one were to follow their cultural nuances, one would appreciate that the notion of female infanticide is beyond their comprehension. The Semsa women participate equally in almost all walks of life, including funeral rituals and processions. Child marriage was a not a practice among the Dimasa. Men or women were considered marriageable when they were capable of making an independent living. Misrepresenting a tribal community is irresponsible, particularly when the medium is something as strong as a film. Baruah should have done better.

Sir — Instances of umpiring blunders at the ongoing Twenty20 World Cup are cause for concern. During the Pakistan versus Bangladesh match, the Bangladeshi skipper, Shakib Al Hasan, was declared out for leg before wicket despite replays on the ultra-edge monitor showing otherwise. Then, only five balls were bowled during an over owing to an umpiring error during Austalia’s match against Afghanistan. Umpiring is a crucial aspect of cricket. One wonders how such lapses can occur even with technology in place to ensure accuracy.

Sir — An eclipse is a natural phenomenon. But it is often regarded as a bad omen. These arcane rituals are also propagated by the media. They go against the scientific spirit and must be busted.