Advertisement
Home / Opinion / Letters to the Editor: The art of giving gifts

Letters to the Editor: The art of giving gifts

Readers write in from Calcutta, Jamshedpur, Chennai and Mumbai 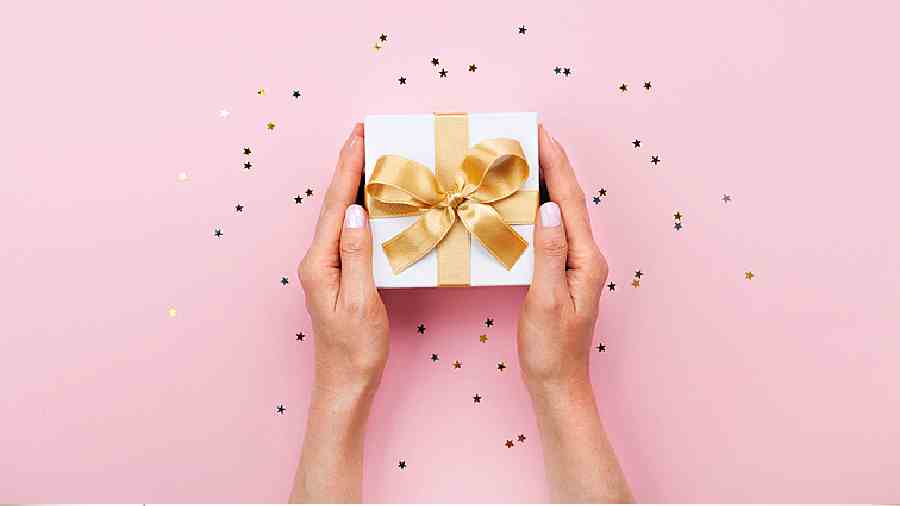 Selecting a present that conveys the thought and love that have gone into the process and creatively packing it constitute an art that few can master.
Representational picture
The Editorial Board   |   Published 19.05.22, 03:06 AM

Sir — In the short story, “The Gift of the Magi”, by O. Henry, an impoverished couple sacrifices their most prized possessions to give each other Christmas presents. Gifting is meant to be an expression of love and gratitude. However, choosing the perfect gift is a challenging task. Selecting a present that conveys the thought and love that have gone into the process and creatively packing it constitute an art that few can master. Such effort, though, is a rare thing these days. With the proliferation of companies that make knick-knacks for gifting purposes, people often end up giving friends and family meaningless showpieces that reduce the giving of gifts to a mere custom. Perhaps this is why people opt for ‘gift registries’, wherein they can only be gifted things they need.

Sir — A teenaged gunman captivated by white supremacist ideology opened fire at a supermarket in a predominantly black neighbourhood in Buffalo, killing 10 people and injuring three, almost all of them black (“Gunman kills 10 in racist massacre”, May 16). This brings to mind other racially-motivated attacks that have taken place in the United States of America. The recent incident not only highlights a rise in hate crimes across the US but also underlines the gun culture that enables such massacres. In 2020 alone, more than 45,000 Americans were killed by guns. The government must take responsibility to ensure public safety. Stricter gun laws should be enforced to prevent such killings.

Sir — Retail inflation in India has risen to 7.79%, the highest in eight years, owing to the steep cost of food and fuel. While urban inflation is at 7.1%, it has accelerated to 8.4% in rural areas. This is aggravating the economic distress in the country. The figure is much above the upper tolerance limit of 6% set by the Reserve Bank of India under its monetary policy framework. In a surprise move, the central bank raised the key interest rate earlier this month. This is supposed to cushion some of the adverse effects of inflation. The economic situation belies the promise of ‘achchhe din’ made by the prime minister, Narendra Modi. Instead, people have been pushed to the brink of destitution. The rising costs of living have affected low- and middle-income families, whose purchasing power has reduced. This is bound to affect the overall health of the population.

Sir — The raising of the repo rate by the RBI was a marked shift towards adopting aggressive measures to tackle inflation. The rate of inflation in April breached optimal levels and is a sign of the times to come. With the ongoing global crisis not expected to abate anytime soon, the prices of commodities will likely go up even higher. One hopes that the central bank will further increase rates to reduce the burden on the common people.

Sir — In an abrupt move, the Bharatiya Janata Party has removed Biplab Kumar Deb from the post of the chief minister of Tripura and replaced him with the party’s state president, Manik Saha. The change of guard seems to be an effort to counter anti-incumbency and address discontent within the party (“Exit Biplab, enter another Manik as BJP spies red flags”, May 15). Tripura is headed for assembly elections early next year. The strategy of replacing the chief minister just before elections has worked in favour of the BJP in the past in Uttarakhand, Gujarat and Karnataka. There seems to be a change in the saffron party’s modus operandi. Instead of caste consideration, the party has let feedback from the ground dictate its choice of candidate. At the same time, such measures reveal weaknesses in the leadership at the state level, not to mention lacklustre performances in places where the BJP is in power.

Sir — It is shameful that the BJP does not take timely measures to correct its mistakes and instead opts for a change in leadership just before the elections. This is a ploy to remain in power; it does not improve governance. The Opposition should counter the BJP’s machinations. Voters must be made aware of such unethical steps.

Sir — It is heartening that the Indian men’s badminton team has won its maiden Thomas Cup this year. The spectacular victory is a milestone in the history of the sport in the country (“Indian men come of age, with gold”, May 16). In the finals, India put on a stellar show by defeating Indonesia — the latter have won the title a record 14 times — in three straight matches. The chief badminton coach and former champion, Pullela Gopichand, and the former World No. 1, Prakash Padukone, must be congratulated for inspiring and mentoring the team.

Sir — India has always had iconic athletes with fabulous milestones. But when it comes to team success in global events, the examples seem to dwindle. With its Thomas Cup victory, the Indian men’s badminton team has made a place for itself in history, along with the Olympic gold-winning hockey squad featuring Dhyan Chand, the triumphant 1975 World Cup hockey team, the victorious 1983 cricket World Cup outfit led by Kapil Dev and the 2011 champions under M.S. Dhoni. Previously, Indian badminton had offered sporadic joy, starting from the magnificent All England victory by Prakash Padukone in 1980 and P. Gopichand in 2001. Saina Nehwal and then P.V. Sindhu proved that they could do far better than their male counterparts, winning titles and medals. This surreal win could truly alter the badminton landscape across India.