Advertisement
Home / Opinion / Letters to the Editor: The almost forgotten art of storytelling

Letters to the Editor: The almost forgotten art of storytelling

Readers write in from Calcutta, Bangalore, Mumbai, Ujjain and Maruthancode 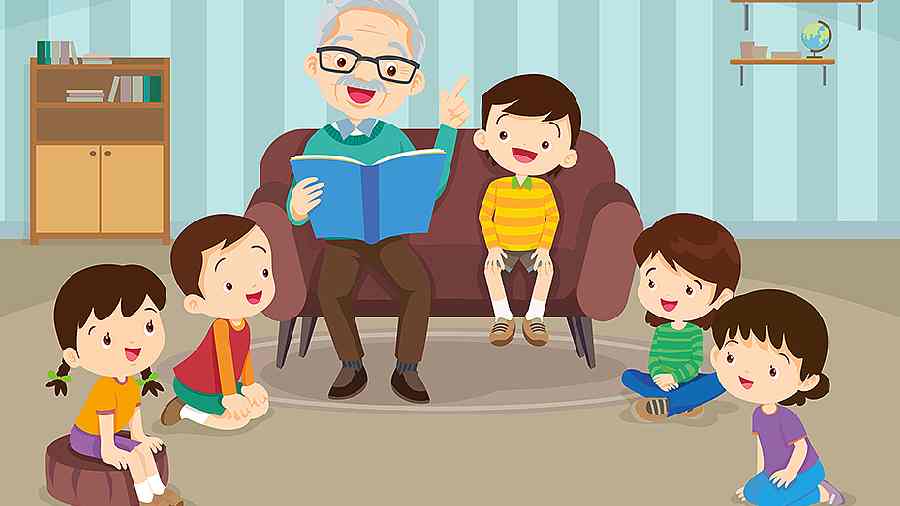 Sir — Storytelling is an art that not everyone can master. Deft storytellers often have a rich pool of life experiences to tap into. Perhaps this is why grandparents make the best storytellers. Be they yarns that they weave themselves or stories from Kheerer Putul or One Thousand and One Nights, bedtime tales told by grandparents are matchless. Not only did they enact stories out and put on different voices for the various characters but they also taught us the morals in these tales. However, with families becoming increasingly nuclear and the proliferation of animated stories on platforms like YouTube, grandparents have been edged out. While YouTube may seem attractive, the fine art of storytelling is something it still cannot ace. That needs the human touch.

Sir — It is disheartening that the Supreme Court of the United States of America has overruled the landmark Roe versus Wade judgment, endangering the constitutional right to abortion in the country after almost fifty years (“Born again”, June 27). Many US states are planning to pass laws to restrict abortions without any exceptions. This is a setback to women’s sexual and reproductive health. This may also spur other countries to overturn similarly progressive laws. The new ruling will impact victims of rape and domestic abuse adversely.  The US has long been considered a champion of human rights and progressive legislations. The overturning of abortion rights belies this reputation.

Sir — Two recent judgments of the US Supreme Court have dealt a blow to human rights. First, it upheld citizens’ right to carry firearms in public for self-defence. This weakens the newly-constituted law against owning firearms. Second, the court made abortions illegal. The back-to-back rulings vindicate the regressive legacy of the former US president, Donald Trump (“Trump legacy torpedoes the right to abortion”, June 25).  The public reaction both for and against the rulings revealed a sharply divided America along religious and partisan lines. This animosity is bound to affect the mid-term elections in the country slated for later this year.

Sir — The West Bengal higher education department is right to urge state and state-aided colleges to enhance students’ proficiency in the English language (“College nudge brings back to fore English debate”, June 24). English was dropped from the primary school curriculum by the Left Front government in the 1980s. The effect of this is evident at the national and international levels in the underperformance of students who were deprived of English education.  However, a change in government policy is not enough to bridge the gap in learning. Children must be encouraged to adopt the habit of reading books and newspapers on a daily basis. This will help them gain command over the language and also broaden their horizons.

Sir — The article, “Old travels, Old tales” (June 12), by Moumita Chaudhuri made for fascinating reading. She wrote about the English limerick writer, Edward Lear, the writer of “The Owl and the Pussy-Cat”. It was interesting to find out that Lear came to India as a commissioned artist. His painting of the Kanchenjunga reveals his virtuosity as an artist. Lear’s nonsense rhymes became the source of inspiration for another gifted poet, Sukumar Ray. Ray and, later, his son, Satyajit, even went on to transcreate some of Lear’s poems. The upcoming book on Lear that Chaudhuri mentioned in her piece will provide readers with more such anecdotes.

Sir — June 27 marks Industrial Workers of the World Day, commemorating the work of industrial labourers across the globe. These workers are often poorly paid and have to slog under hazardous conditions for long periods of time. Worse, many of them are informally employed and, thus, not provided with even the most basic necessities. In India, rising inflation has inconvenienced the industrial sector and those employed in it, forcing many into unemployment. The government must take steps to provide social security to these workers.

Sir — The Madhya Pradesh cricket team must be congratulated for winning their maiden Ranji Trophy. The team played well consistently and was able to triumph over the 41-time champions, Mumbai, by six wickets. There was a time when the Madhya Pradesh cricket team boasted of stalwarts, such as C.K. Nayudu and Syed Mushtaq Ali, among others. But its performance had deteriorated in recent decades. By winning the Ranji, Madhya Pradesh has restored its past glory. The coach, Chandrakant Pandit, must be commended for inspiring and motivating the team.

Sir — India has been witnessing a steady rise in daily Covid infections recently. The uptick is being driven by sub-lineages of the Omicron variant. Although experts have ruled out the threat of a major wave, we must not become complacent. In the past, the contagion has wreaked havoc when it was least expected. People must take basic safety precautions, such as wearing face masks, physical distancing and ensuring hand hygiene. States should ensure aggressive and regular testing to minimise the risk of transmission. The fight against Covid is not over yet.