Advertisement
Home / Opinion / Letters to the editor: Small dinosaur fit for living room to be sold at Paris auction

Letters to the editor: Small dinosaur fit for living room to be sold at Paris auction

Readers write in from Bangalore, Calcutta, Gurgaon and Hooghly 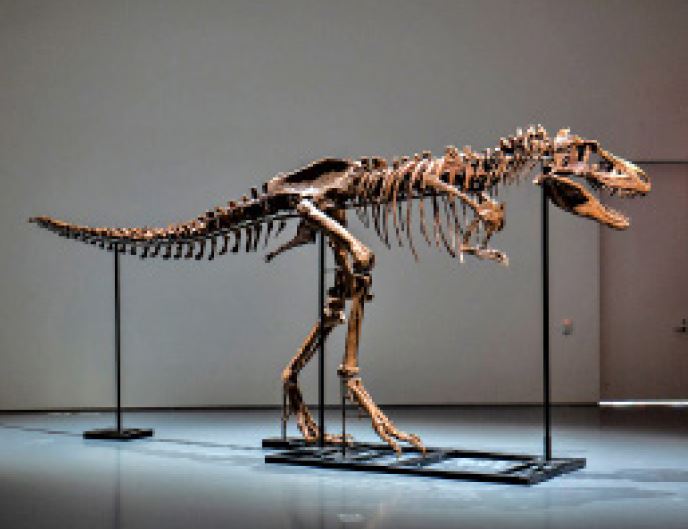 Sir — A small dinosaur skeleton will go on sale in Paris next month and is estimated to sell for 400,000-500,000 euros. The creature is believed to have lived more than 150 million years ago and its remains have been restored by a team of paleontologists after it was discovered on private property. One wonders whether valuable archaeological finds should be auctioned off. Although scientists must have examined the remains before allowing them to be auctioned, technological advances in the future may be able to find things that are not possible to discern at present. A distinction should be made between collectors’ items and archaeological finds. A dinosaur fossil is not something that should grace a rich man’s drawing room.

Sir — When the Russian president, Vladimir Putin, launched a full-scale invasion of Ukraine in February this year, photographs of war dismayed viewers around the world. Half a year later, the violence continues but the ongoing war and its casualties have shifted to the periphery of people’s attention. Tragic events, like the assault on Ukraine, can recede from people’s minds because many may feel overwhelmed, helpless or drawn to other urgent issues. This phenomenon is called ‘crisis fatigue'. However, in the 21st century, at a time when there is no dearth of crises, such a short attention span can be dangerous. Popular movements have the power to reshape the world. It is this kind of apathy that strongmen around the world — Putin is an example— capitalise on to get away with their nefarious agendas.

Sir — It is too soon to celebrate the arrival of cheetahs to India, more than 70 years after the species went extinct (“Visible spots”, Sept 19). The real challenge has just begun. Far away from their natural habitat in Namibia, the eight cheetahs will need a long time to adapt to the Indian climate and landscape. They face a significant threat from native predators like leopards, striped hyenas and jackals, which outnumber the big cats. Moreover, since they come from a distant continent with a different epidemiological environment, the cheetahs may not have the immunity that native predators have from local diseases.

Sir — The government’s initiative to bring back cheetahs to India is laudable. Increasing forest cover and involving local populations are key to the success of conservation projects like this. The ‘Cheetah Mitra’ initiative— these volunteers will raise awareness about the project and provide information about the animal so as to protect nearby residents and prevent untoward incidents — is thus encouraging.

Sir — At the bidding of the prime minister, Narendra Modi, the assembled crowd at a rally in Madhya Pradesh dutifully clapped in honour of the cheetahs flown in from Namibia and released in the Kuno National Park (“Clap-for-cheetah call runs into Cong job cry”, Sept 18). This brings to mind the previous times when Modi has exhorted people to cheer for alleged achievements — the time he dramatically declared India winning the war against the coronavirus in 21 days comes easily to mind. Modi excels in distracting people from real bread and butter issues by inducing false cheer.

Sir — The senior Congress leader and former environment minister, Jairam Ramesh, debunked Narendra Modi’s claims about previous governments not making an effort to bring cheetahs back to India. Ramesh shared an official letter from 2009 in which he had written to M.K. Ranjitsinh of the Wildlife Trust of India to “go ahead and prepare a detailed roadmap for the reintroduction of the cheetah which should include a detailed analysis of different potential sites.” Ramesh tweeted this letter, calling the prime minister a “pathological liar”. Such elision is not new. The prime minister hardly ever acknowledges continuities in governance — projects like the Jammu-Katra rail link, the Kudankulam nuclear power plant, the Kochi metro were all initiated by the United Progressive Alliance government. But Modi took credit for each of these projects.

Sir — In his article, “Sharedluminosity” (Sept 18), Gopalkrishna Gandhi narrated the inheritance of thoughts of philosophers from different fields — politics, science, literature, sociology and so on — through a set of carefully chosen examples. His endeavour to draw these correlations with valuable information and analysis enriched readers. Charles Darwin was drawn to John Milton’sParadise Lost. Further, Karl Marx found in the theory of natural selection a resonance of his singular theory of class struggle as depicted in The Communist Manifesto. Sigmund Freud admitted that his ‘primal horde theory’ was influenced by Darwin while the German-born psychoanalyst, Erik Erikson, bridges M.K. Gandhi and Freud. Gopalkrishna Gandhi also highlighted the philosophical links among M.K. Gandhi, Albert Einstein and Johann Wolfgang von Goethe. By imbibing the message of these philosophical works, world leaders can rid us of the evils of enmity, war and environmental hazards.

Sir — The Kestopur and Bagjola canals are the backbones of Calcutta’s drainage system. But in summer when there is little to no rain to flush out the muck in these canals, the water in them emits a foul odour. The canals should thus be covered up. Covering up canals with, say, an iron mesh can also check bad practices like dumping non-biodegradable waste in them. The odour and muck are health hazards.