Letters to the Editor: Public transport can ease the pain of fuel price hikes 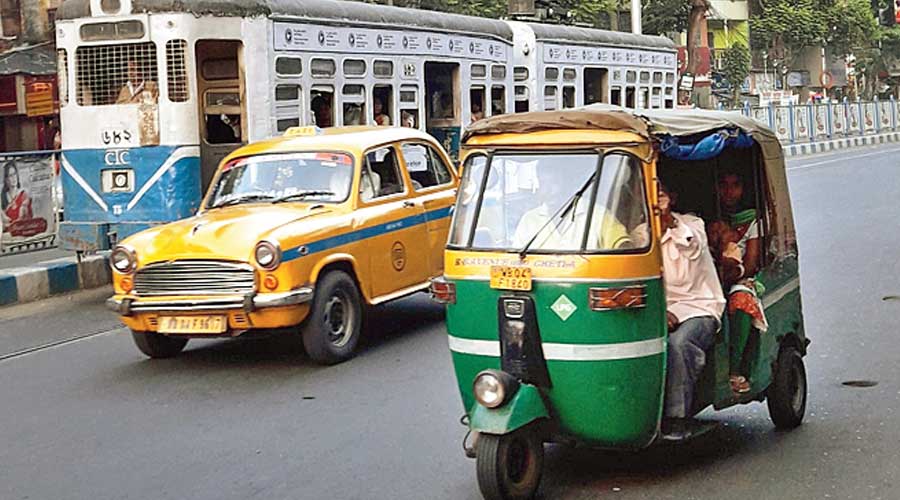 Sir — The Russian invasion of Ukraine has triggered a global energy crisis, leaving countries struggling to meet their internal demands. In India, fuel prices were hiked six times in seven days, burning a hole in the common man’s pocket. As people tighten their purse strings in order to be able to afford necessities, it may be prudent to rethink our lifestyle choices. For instance, one of the best options to save money on fuel is to switch to public transport — Calcuttans have a variety of options like buses, autos, trams and the Metro rail. However, with the advent of app cabs and the resultant reluctance to avail these modes of transport, the day may not be far when buses meet the same fate as their double-decker cousins.

Sir — It is disheartening that Muslim traders are being prohibited from setting up stalls at temple festivals and in the vicinity of shrines in Karnataka (“More temples bar Muslims”, Mar 27). The diktat was imposed allegedly by Hindutva groups in response to a shutdown by Muslim shopkeepers protesting the Karnataka High Court’s decision upholding the hijab ban. The targeting of Muslims is a sign of the times. The atmosphere of religious polarization and hatred fostered by the Bharatiya Janata Party — in power both at the Centre and in the state — is preventing people from earning their livelihood. This goes against India’s pluralistic ethics. The Karnataka government must take action against such arbitrary impositions at once.

Sir — Karnataka is among the most developed states in the country. It is thus unfortunate that the state is heeding the whims of fringe elements. The BJP government in the state has, expectedly, justified the curbs on Muslim traders, saying that it was the Congress which had framed the Karnataka Hindu Religious Institutions and Charitable Endowments Rules, 2002 that is being used to ban Muslim traders. Such restrictions are unacceptable in a secular democracy and must not be allowed to prevail.

Sir — A temple in Kerala has reportedly withdrawn an invitation that had been extended to the noted Bharatanatyam dancer, Mansiya V.P., to perform at its annual festival because of her religious identity (“Temple dances to New India’s tune”, Mar 30). Mansiya, who hails from a Muslim background and is an atheist, was told by the temple authorities that only Hindus will be allowed to perform at the shrine. It is sad that Kerala is falling prey to the vicious Hindutva mindset in spite of being considered a progressive state.

Sir — West Bengal has always been prone to political violence irrespective of the party in power. It is the ordinary people who bear the brunt of such aggression. The law and order situation has not improved under the current dispensation. The violence after the assembly polls last year, the alleged killing of the student activist, Anis Khan, and the recent carnage in Bogtui — nine people were killed in retaliation to the murder of a local Trinamul Congress leader — bear testament to this. While the chief minister, Mamata Banerjee, has blamed the police for failing to take any action after the incident in Birbhum, the warning might have come too late. Timely action could have prevented the massacre.

Sir — Recent incidents of political violence in West Bengal show the law-enforcement machinery in the state in poor light. Even though policing is a state subject, the police are not supposed to act at the behest of the ruling dispensation. But the allegations against the police in the Bogtui incident reveal that this is not how things work in West Bengal. Steps to reform the Bengal police and make them independent should be undertaken immediately. This will not only ensure efficiency but also renew people’s faith in the system.

Sir — Mamata Banerjee has rightly accused the Bharatiya Janata Party of trying to deflect attention from issues like rising fuel prices by making false claims about the law and order situation in West Bengal. The BJP has repeatedly demanded president’s rule in the state since its defeat in the assembly elections. The BJP and the TMC must refrain from trading barbs and allow the investigation into the incident to proceed.

Sir — The ruling Biju Janata Dal in Odisha must be lauded for sweeping the urban body elections by securing 76 out of 108 seats. This comes on the heels of its victory in the panchayat polls last month. The party’s performance under the leadership of the chief minister, Naveen Patnaik, is significant because this is the first time that the mayoral election was held directly. It was thus seen as a popularity test for Patnaik. The BJD not only secured the mayoral and chairperson positions in the 76 urban bodies but it
also managed to avenge the loss of the prestigious Bhubaneswar seat to the Bharatiya Janata Party in the 2019 Lok Sabha polls. Such a mandate will further consolidate the party’s power in the state.

Sir — It was a delight to watch M.S. Dhoni — he had handed over the captaincy of Chennai Super Kings to Ravindra Jadeja — attempting to pull the team out of despair. CSK was reduced to 52 for 4 against the Kolkata Knight Riders. While KKR won the match, Dhoni’s 50 not out off 38 balls salvaged the situation somewhat.