Advertisement
Home / Opinion / Letters to the editor: monetisation of artistic hobbies must be resisted

Letters to the editor: monetisation of artistic hobbies must be resisted

Readers write in from Sholavandan, Guwahati, Calcutta, and Ujjain 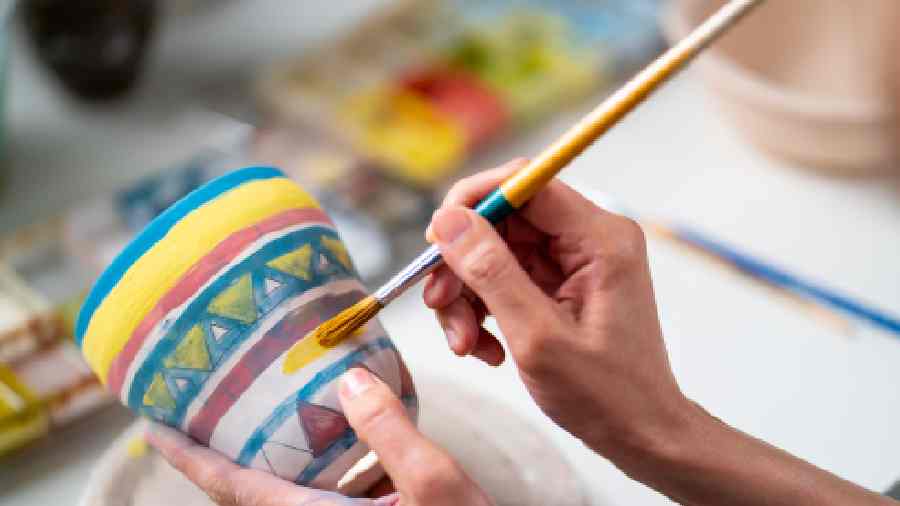 Sir — Not everyone who likes music can be a proficient singer, nor every admirer of Vincent van Gogh a gifted artist. However, most people with a hobby feel socially pressurised to be experts in their area of interest. There is a false notion that one can only pursue those activities that they are good at. This is simply not true. We must participate in activities that we enjoy without considering whether they will fetch us monetary benefits or accolades. The push towards the monetisation of artistic hobbies must be resisted. There is no shame in singing off-key or dancing out of rhythm.

Sir — The nomination of Droupadi Murmu, a prominent tribal leader and the former governor of Jharkhand, as the presidential candidate of the National Democratic Alliance has probably worried the Opposition (“Murmu vs Sinha for President”, June 22). In 2017, Ram Nath Kovind, a Dalit leader, was elected as the president of India with the backing of the Bharatiya Janata Party-led NDA. Kovind’s and Murmu’s nominations show that the saffron party is hoping to appeal to voters from marginalised communities. Regional parties like the Biju Janata Dal and the Yuvajana Sramika Rythu Congress Party have already extended their support for Murmu. She will most likely become the first tribal woman to occupy the highest office in the country.

Sir — Droupadi Murmu, the presidential candidate fielded by the NDA, seems to be the best fit for that august office. A tribal woman occupying the post of the head of State will surely inspire others from the community. It is likely that Murmu will emerge victorious.  Yashwant Sinha, a former BJP legislator and the Opposition’s candidate, is unlikely to win. Sinha had served as a Union minister in earlier NDA governments. However, his differences with the current crop of BJP leaders led to his exit from the party; he subsequently joined the Trinamul Congress but recently resigned from it in order to focus on the upcoming presidential elections. Sinha is a seasoned politician and may still have much to contribute to national politics. Perhaps it would have been better if had he chosen to help the Opposition strengthen itself before the 2024 general elections.

Sir — The Opposition parties have chosen Yashwant Sinha as their presidential candidate. Sinha began his career in the Indian Administrative Service and later served as a Union minister in the Chandra Shekhar and then the Atal Bihari Vajpayeegovernments. Sinha was one of the people who moved the Supreme Court against the Rafale deal. He is a strong presidential candidate.

Sir — According to the prime minister, Narendra Modi, who recently spoke at the BRICS Business Forum, the real gross domestic product of India is expected to rise by 7.5 per cent in the current fiscal year. If this is true, it will make India the world’s fastest-growing economy. One reason for this could be the corrective action taken by the Centre during the pandemic to lower the compliance burden on businesses. The rising number of startups proves that India has one of the best innovation ecosystems in the world.

Sir — It is heartening that the British Film Institute will screen all 38 films by Satyajit Ray in London. Some of them have also been digitally enhanced. This will give the fans of Ray who are living in London a rare opportunity to experience his entire body of cinematic work in one go.

Letters should be sent to: 6 Prafulla Sarkar Street, Calcutta 700001 ttedit@abp.in