Letters to the Editor: Mexico to turn Islas Marias prison into a heritage site 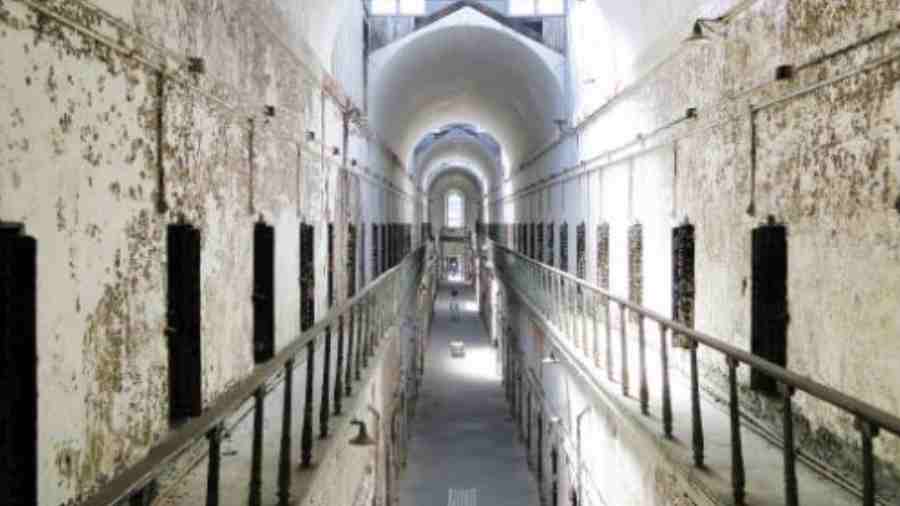 Sir — Countries keep coming up with new plans to boost tourism. From tree houses in the jungles of Africa for adventurous souls to allegedly haunted houses for those who fancy themselves as ghostbusters, hotels constantly have to reinvent themselves to stay ahead of the competition and provide new experiences to intrepid travellers. Mexico has recently announced plans to refurbish the Islas Marias prison — it has housed political prisoners like José Revueltas — converting it into a biodiversity hotspot and heritage site, even naming an arch after Nelson Mandela. One only hopes that tourists do not encounter spectres of political prisoners wandering down the halls or hear the sad whisperings of long-dead convicts when they travel to the prison complex.

Sir — The November general elections in Nepal failed to resolve the political instability that has plagued the country for some time now. In spite of the Nepali Congress, led by Sher Bahadur Deuba, emerging as the single largest party with 89 seats, no consensus could be reached on a prime ministerial candidate. In a dramatic turn of events, the former Maoist rebel leader, Pushpa Kamal Dahal, popularly known as Prachanda, has staked claim to the top job.

This comes after the former prime minister, K.P.S. Oli, pulled off a masterstroke by stitching together a coalition with several disparate parties, thus dealing a blow to the aspirations of Deuba, the outgoing prime minister. The new government will have its task cut out to maintain law and order, fight corruption and improve Nepal’s overall economic condition.

Sir — The elevation of Pushpa Kamal Dahal as the prime minister of Nepal is not a surprise. It has been agreed that Prachanda will be the prime minister for the first two and a half years of the five-year term, while K.P.S. Oli will hold the chair for the remainder of the term. Strangely, Prachanda had parted ways with Oli in 2021 to join hands with Deuba.

These developments have major implications for India. While congratulating Prachanda, his Indian counterpart, Narendra Modi, expressed hopes of strengthening the friendship between the two countries. But Prachanda and Oli are known to be close to China. India has to tread carefully.

Sir — The prime minister’s observation on Veer Bal Divas that “certain narratives” have infused “an inferiority complex” among the Indian populace reveals that he is obsessed with history (“History ‘inferiority complex’”, Dec 27). Further, his invocation of “Aurangzeb and his people” makes his prejudices evident. The foremost step that Modi can take to rectify past injustices is to repudiate caste-based notions of superiority and purity. It should not matter if he loses the support of upper caste elites in the process.

Sir — It is ridiculous to repeatedly hear that historians have taught us incorrect versions of history, leading us to develop an “inferiority complex”. The prime minister’s comments not only do disservice to the dedicated research conducted by historians but also insult the multicultural history of the nation.

Sir — The vice-president of India and the ex-officio chairman of the Rajya Sabha, Jagdeep Dhankhar, censuring the Congress leader, Sonia Gandhi, for her remarks about the judiciary is an example of the maxim, the pot calling the kettle black. Early in December, Dhankhar had rushed to defend the remarks made by the law minister, Kiren Rijiju against the judiciary and the collegium system.

Dhankhar’s clashes with the West Bengal government, while he was the governor of the state, should have given way to a degree of neutrality when he was elected to such a prestigious post, but his comments make it clear where his loyalties lie.

Sir — It is unfortunate that the Bharatiya Janata Party’s continued vendetta against the Rashtriya Janata Dal has led to the revival of a corruption case against Lalu Prasad (“CBI revives case against Lalu closed in 2021”, Dec 27). The Central agency seems to be dancing to the tune of the Union government. These tactics suggest that the BJP has failed to unsettle the Nitish Kumar and Tejashwi Yadav-led Grand Alliance government in Bihar politically.

Sir — India’s proposal to celebrate 2023 as the International Year of Millets has been approved by the United Nations. Millets have traditionally been a staple for densely populated regions in Asia and Africa. They are eco-friendly as they leave a smaller carbon footprint when compared to other cereals like wheat and rice. Millets are also immensely popular among impoverished communities because of their high fibre, mineral and vitamin content. The government should enact targeted policies to promote millet production, consumption and export.

Sir — With the new year around the corner, most of us are planning trips or large gatherings with near and dear ones to celebrate. But it is important to take precautions against Covid. Infections are rising worldwide, including in India, owing to the BF.7 strain of the Omicron variant. Yet, only 28% of the Indian population has taken the crucial third vaccine. More people need to be urged to take the booster dose of Covid vaccines.