Letters to the editor: Listening to Bhadra’s Mahishasuramardini on YouTube mars spirit

Readers write in from Calcutta, Chennai, Howrah and Mumbai 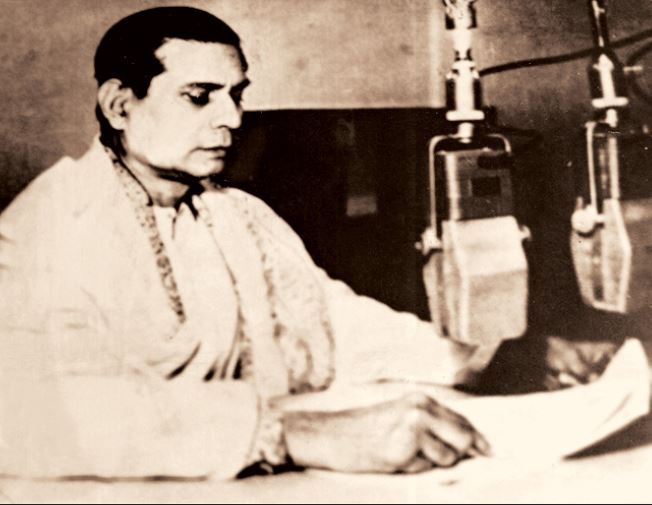 Sir — For those of us who are used to waking up at the crack of dawn on Mahalaya to listen to Birendra Krishna Bhadra’s Mahishasuramardini, it is disconcerting to hear the chant being played at odd hours at local pandals. The ritual of hearing the programme with bleary eyes was rarely ever religious. The entire family would gather in front of the radio for this show because it was a custom passed down the generations. Now that Mahishasuramardini is available everywhere from YouTube to Spotify and people can play it on their personal devices, the spirit of unity that marked Durga Puja has dissipated.

Sir — The editorial, “A world on fire” (Sept 24), rightly expressed grave concern about the all-pervasive hatred in the world. It is shameful that a lot of this divisiveness traces its roots back to India. The violence in Leicester is just the latest instance of how the rise of Hindu majoritarianism is affecting Indians abroad. The religious hatred being spread in India by the ruling party at the Centre in order to reap political dividends is having an adverse impact on the country’s image internationally. It is time India and other countries focused on building a peaceful world.

Sir — The growing tensions and intolerance in the world have been aptly highlighted by the editorial, “A world on fire”. Minority communities everywhere are being targeted. But bigotry is not the only reason for this. The paucity of resources and economic opportunities are responsible in large part for these deep chasms.

Sir — Leicester has had a reputation for being a model for cohesion. But the recent unrest between groups of Hindu and Muslim men has raised difficult questions for a place that prided itself on its multiculturalism. The politics of the Indian subcontinent is being felt in Leicester since 2014 when the Bharatiya Janata Party came to power in India. The rise of the BJP has fostered a brand of Hindu nationalism among the diaspora. The party is popular among Leicester’s Gujarati Hindu community. The violence in Leicester is reflective of a worldwide trend that must be stemmed at once.

Sir — The shift to the work-from-home model was one of the few bright spots during the glumness of the pandemic (“An ode to the office”, Sept 25). It allowed people to keep working and earning a living during the pandemic. But as time passed, the shine came off remote work. While there is a sense of freedom in being able to work in pajamas, surveys have found that workers kept up the pace of work by putting in more hours on the job. When the line between home and work gets blurred, it can lead to burnout. Unsurprisingly, employees overwhelmingly prefer a hybrid model. This makes sense. Each worker is different and can thrive in a different environment. This fact has largely been ignored by employers.

Sir — Popular players announcing their retirement is always sad. Jhulan Goswami’s farewell is no different. But she is going out with a bang with a match at Lord’s and 3-0 series win against the mighty England (“Dream Lord’s farewell for Jhulan as India seal win”, Sept 25). Goswami and Mithali Raj were the two pillars on which the current Indian women’s cricket team was built. While Raj is the leading run-scorer in the world at present, Goswami is the top wicket-taker. With both Goswami and Raj retiring, the women’s team will need to scout for new talent.

Sir — Jhulan Goswami’s final appearance in the Indian jersey at Lord’s was tinged with nostalgia. Her contribution to women’s cricket is enormous. She is the pride of West Bengal. It is thus heartening that the Cricket Association of Bengal has decided to rename a stand at the Eden Gardens after her.

Sir — The budget carrier, SpiceJet, is increasing salaries to counter the fatigue of its staff. A survey conducted among more than 500 pilots has revealed that 66 per cent of them had “dozed off” without the crew members or co-pilot being alerted, which is shocking. How will a salary hike solve this irresponsibility? Air fares have already gone through the roof in recent months. The Directorate General of Civil Aviation should take note of this situation.

Sir — The school education department of Maharashtra is considering cancelling homework for students up to Class IV. This will impact their discipline. The quality of education has already suffered owing to the pandemic and poor planning by the state education department.