Advertisement
Home / Opinion / Letters to the Editor: Link between food and character has no bearing on reality

Letters to the Editor: Link between food and character has no bearing on reality

Readers write in from Chennai, Mumbai, Ujjain and Calcutta 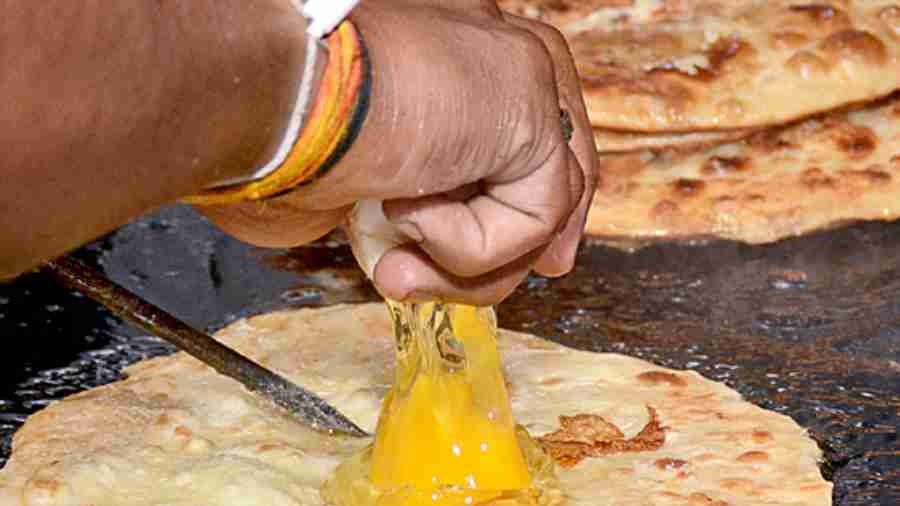 Violence against minorities whose diets are commonly associated with meat, alliums and other tamsik food items is on the rise.
Sourced by The Telegraph
The Telegraph   |   Published 03.10.22, 03:25 AM

Sir — In a statement rich in irony, the Rashtriya Swayamsevak Sangh supremo, Mohan Bhagwat, has said that eating the wrong food — tamsik khana — can stoke anger in people and send them down the wrong path. One wonders, then, what it is that the RSS pracharaks and other Hindutvavadis who follow his every word have been eating. Violence against minorities whose diets are commonly associated with meat, alliums and other tamsik food items is on the rise. The link between food and character is archaic and has no bearing on reality. These connections must be snapped.

Sir — In a remarkable ruling, the Supreme Court has held that all women are entitled to safe and legal abortions till 24 weeks of pregnancy under the Medical Termination of Pregnancy Act, and making any distinction on the basis of their marital status is constitutionally unsustainable (“Far ahead”, Sept 30). This is a landmark verdict that gives women right over their bodies. The judgment is especially heartening at a time when such rights have been snatched away from women and denied to them in the so-called free world. The apex court must be lauded for its continued progressive stance on matters of women’s emancipation.

Sir — The Supreme Court has rightly pointed out that so far the MTPA has perpetuated the stereotype that only married woman are sexually active. The apex court is spot on in its judgement of the issue. Similar misconceptions are harboured in other aspects of healthcare too. Take, for instance, the pap smear test, which, if done from time to time can prevent cervical cancer, the second-most common type of cancer among Indian women. However, when unmarried women go to get this test, they are often flatly turned down. Those of us who understand that the nurse’s query, “Are you married?”, is actually code for ‘Are you sexually active?’ can argue our case. But not many are aware of what the objections against conducting this test usually are. Ridiculous prejudices are costing precious lives.

Sir — Russia was poised to formally annex parts of Ukraine, in which alleged referendums were held authorising inclusion with  Moscow. But the results of the Kremlin-backed polls were ridiculed by the West. Such referendums are nothing but an illegal attempt to grab Ukranian territory by an increasingly cornered Russian leadership. European countries and the United States of America should immediately step up pressure on Russia with new, stricter, sanctions and by increasing their financial and military support to Ukraine.

Sir — September 29 is celebrated as World Heart Day to educate people on the need to maintain heart health. The proliferation of the food industry and delivery services has increased the consumption of unhealthy food while reducing the need to move around much for this. It is alarming that India ranks high when it comes to the incidence of non-communicable diseases, especially those related to the heart. Only a healthy nation can become a wealthy nation. “Swasth Bharat, Samrudh Bharat” should be the focus of the government.

Sir — The veteran actress, Asha Parekh, has been honoured with the Dadasaheb Phalke Award. This is the highest honour of the film world. Parekh, who was known as the ‘Hit Girl’ of Hindi cinema in the Sixties and Seventies, has acted in many blockbuster films. But that is not all. Her skills and acting chops are undeniable. She could arguably be called one of the most expressive actresses of her era. Parekh’s recognition has come too late in her life.

Sir — The United Nations is the premier international diplomatic body in the world. However, it is in urgent need of reforms. If these steps are not taken, the UN will go the way of the League of Nations. The League of Nations had been put together as a forum where nations could address their grievances and meet halfway. However, in actual practice, it ended up becoming a forum that prioritised the needs of a handful of nations — the Allied powers.

The United Nations now runs the risk of going down the same path. The first step should be the expansion of the Security Council. This is the most significant way of keeping the UN relevant. Countries that carry a lot of diplomatic heft at present, such as India, should automatically be made members of the expanded Security Council.

Sir — The UN Security Council has proved to be inefficient when it comes to making changes in the real world. It needs to be revamped at once.