Letters to the Editor: Handheld digital cameras making a comeback 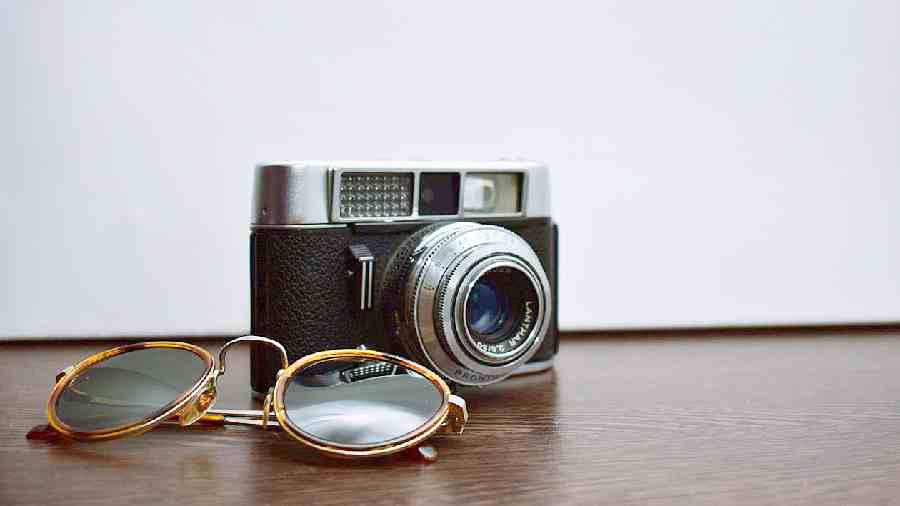 Millennials might recall having used such cameras when they were introduced two decades ago to capture grainy images of almost everything under the sun.
The Editorial Board   |   Published 12.01.23, 03:42 AM

Sir — Ways of capturing images have changed with the times. A hundred years ago, taking a photograph involved a complicated and long-drawn-out process of exposing a film to a sliver of light through a pinhole. These days, it is all about pointing the lenses mounted on our phones at things to capture their likeness in an instant. But it was a pleasant surprise to read that handheld digital cameras like the Nikon Coolpix are making a comeback (“Gen Z discovers parents’ digital cameras”, Jan 9). Millennials  might recall having used such cameras when they were introduced two decades ago to capture grainy images of almost everything under the sun. The challenges of getting a good shot with cameras where no post-editing is possible are far greater.

Sir — By deviating from the speech approved by the government for his customary address to the Tamil Nadu legislative assembly, the governor, R.N. Ravi, has conducted himself in a manner unbecoming of the high constitutional office that he holds (“TN governor plays censor in Assembly”, Jan 10). He left out the phrase, “Dravidian model of inclusive governance”, from the speech. Ravi’s actions have laid bare his partisanship and antagonism towards the Dravida Munnetra Kazhagam government. He should have stuck to the prepared speech. Ravi has brought the gubernatorial office into disrepute and should be dismissed by the president.

Sir — The standoff between the government of Tamil Nadu and the governor after the latter chose to omit portions from the pre-approved text of his speech has reached fever pitch. The governor had earlier kicked off a political storm by suggesting that Tamil Nadu be referred to as Tamizhagam, inviting strong backlash from parties across the political spectrum. The move by the chief minister, M.K. Stalin, to retain on record the version of the speech which had been distributed by the government will heighten tensions. R.N. Ravi should stop crossing swords with the DMK government.

Sir — The political furore in Tamil Nadu is astounding. Is it mandatory for the head of state to read out the draft prepared by the ruling dispensation verbatim? Since the inaugural speech of the year is designed as an exercise in self-praise by the government, the governor’s decision to omit certain phrases can be justified. He should be at liberty to exercise his free will and avoid making politically charged sermons from an official platform.

Sir — The civil rights group, Constitutional Conduct, has appealed to the Speaker of the Lok Sabha to take action against Pragya Singh Thakur for inciting hatred (“Call to Speaker to act on Pragya”, Jan 8). This is a lost cause. The concerns raised by more than a hundred respected members of civil society, including retired civil servants, will undoubtedly fall on deaf ears. Thakur will continue to be shielded as long as she has the support of the saffron brigade. It is unconscionable how much constitutional ethics have been eroded for a few votes.

Sir — By refusing to accept a house under the Pradhan Mantri Awas Yojana, Mohammad Manik, who saved at least nine lives during a flash flood in Malbazar district of West Bengal last year, has proved that he is both valiant and ethical (“Flood rescuer with hut passes up PMAY home”, Jan 10). Manik deserves to be feted. Greedy opportunists who never pass up a chance to exploit others for personal gain should learn a lesson from his honesty.

Sir — Gautam Bhattacharya’s article, “The power of the PIL” (Jan 10), makes some valid points. Public interest litigations are integral to our democracy. This apparatus of justice must be protected by ensuring the independence of the judiciary.

Sir — One of the possible reasons for the growing losses that companies like Zomato are suffering from is customers’ unwillingness to pay excessive delivery charges, leading to a reduction in the number of orders. Another reason might be the practice of charging commissions from restaurants which eats into the profit margin of eateries, making them reluctant to use such services. Food delivery companies need to find ways to make a profit or they might eventually be forced to close down.

Sir — Suryakumar Yadav’s recent performances have firmly established his reputation as an all-round cricketer in the Twenty20 format. His innings of 112 runs off 51 deliveries helped India demolish Sri Lanka in the third match of the T20 series. Pundits have praised him for the wide selection of unorthodox shots that he is able to play. Yadav’s name will remain on people’s lips as long as he continues to turn in such world-class performances.

Sir — The song, “Naatu Naatu”, from the film, RRR, directed by S.S. Rajamouli has won a Golden Globe award. This is heartening as RRR is rooted in patriotism that, unlike several other films, does not demonise any particular community in its pursuit to send a pro-India message. In fact, we see the character, Bheem, disguise himself as a Muslim man and stay with a hospitable Muslim family.