Advertisement
Home / Opinion / Letters to the Editor: Governments must take concrete steps to arrest the ongoing mass extinction of species

Letters to the Editor: Governments must take concrete steps to arrest the ongoing mass extinction of species 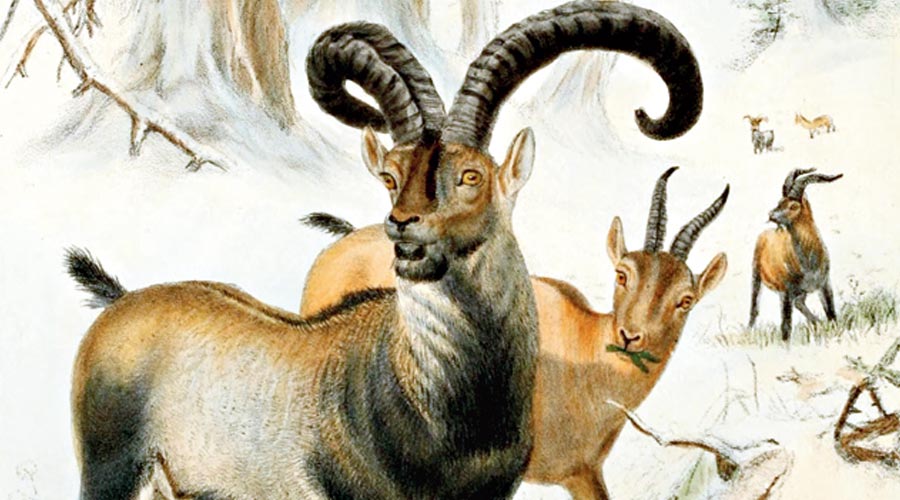 Sir — Anthropogenic activities and climate change have led to an acceleration of species extinction. Environmentalists have urged governments to prioritize the preservation of biodiversity. But some believe that there could be other ways of ensuring that certain creatures are not wiped off the planet. Scientists are already engaged in genetic engineering projects to bring back extinct species — the Tasmanian tiger, Pyrenean ibex and many others. However, these attempts are yet to bear fruit. There is no reason to bank on these experiments. Governments must take concrete steps to arrest the ongoing sixth mass extinction.

Sir — The recent clash between students in a hostel at Jawaharlal Nehru University over the consumption of meat on Ram Navami is indicative of the sangh parivar’s growing intolerance towards diverse eating habits (“Meat less”, April 12). Student activists of the Akhil Bharatiya Vidyarthi Parishad allegedly tried to stop the hostel mess from preparing non-vegetarian food for dinner. This does not bode well for a pluralistic country like India where cultural diversity and gastronomic variety go hand in hand.

Students in JNU are free to consume whatever they wish. The authorities should not only avoid meddling in culinary matters but also deter self-appointed custodians of moral and religious values from invading the kitchen. A nation where millions go to sleep every night on an empty stomach needs to focus on fighting hunger and not use intimidatory tactics to control people’s food habits.

Sir — It is shocking that several students in JNU were injured after they were attacked by ABVP activists for consuming meat on Ram Navami. This must be condemned. The vice-chancellor’s tepid response to the clash has been disappointing.

Sir — The chief minister of Karnataka, Basavaraj Bommai, has declared that all citizens are equal (“Pinch of salt”, April 13). This comes on the heels of the Biocon chief, Kiran Mazumdar-Shaw, expressing concern about the rising communal tensions in Karnataka and warning that the marginalization of Muslims will destroy Bangalore’s global standing as an IT hub. Mazumdar-Shaw must be lauded for speaking up. More corporate leaders should protest against the divisive policies of the Bharatiya Janata Party.

The BJP has often tried to portray itself as a ‘party with a difference’ but that is not true. It is intolerant of criticism and has destroyed the basic tenets of our Constitution. Instead of stirring up religious sentiments, the government should focus on immediate issues of concern, such as poverty, inflation, unemployment, corruption and so on.

Sir — The BJP’s policy decisions have divided the country along religious lines. It is unfortunate that the common people are more concerned about banning the hijab and halal meat rather than the rising prices of essential commodities.

Sir — The editorial, “Brittle lives” (April 11), brought to focus the rising rate of suicide around the world. The National Crime Records Bureau has revealed that suicides rose by 10 per cent in India from 2019 to 2020, with student deaths seeing the highest percentage rise at 21.2 per cent. There is no doubt
that the Covid-19 pandemic has upended people’s plans for the future. This has
contributed to a rise in  depression leading to suicide.

Mental health issues continue to be neglected in our country. Most do not confide their troubles to even friends or family, and those who do reach out for help lack access to quality healthcare facilities. There is also a deep sense of shame attached to educational setbacks. It is important that families as well as educational institutions are sensitive to the problems faced by the youth and help them tackle the upheavals in life.

Sir — Mental ailments, just like any other disease, require proper treatment. According to the World Health Organization, there has been a 13 per cent rise in mental health conditions and substance use disorders worldwide from 2007 to 2017. Recent reports indicate that around 7.5 per cent of the Indian population is suffering from mental illness. The Covid-19 pandemic has exacerbated the crisis.

People must focus on their emotional and mental well-being. Mental distress should be addressed at the onset. Physical activity, motivational books or videos can help. If it persists, then one must seek professional help.

Sir — Social media, especially WhatsApp, has significantly contributed to a rapid rise in Islamophobia. People no longer verify the content they consume and blindly trust what they read. As a result, it has become easy to incite people against Muslims. If this continues, we are doomed.