Advertisement
Home / Opinion / Letters to the Editor: Good sleep is important, but don't obsess about it

Letters to the Editor: Good sleep is important, but don't obsess about it 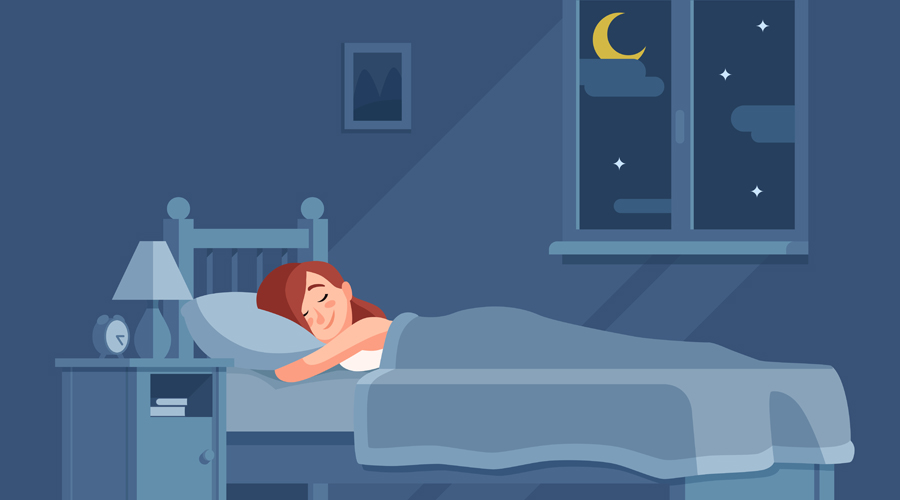 Sir — Rip Van Winkle fell asleep for 20 years and woke up to a changed world. However, the fast life of the 21st century, where people are competing for limited resources, rarely offers such a luxury. Sleep has now become expendable — for instance, people often compromise on slumber to meet work deadlines. World Sleep Day, which is observed in March, aims to underline the benefits of good sleep. But there is one caveat: given its scarcity, even sleep is being commodified by capitalism. Recently, a company was ready to pay patients of insomnia to test out its products. While good sleep is important, it should not become an obsession. Worrying about sleep will only make those valuable forty winks more elusive.

Sir — A fire broke out at the Zaporizhzhia nuclear plant in Ukraine as a result of Russian shelling, raising the alarming possibility of a radiation leak (“Nuclear plant jitters”, Mar 5). Fortunately, the fire was brought under control immediately. However, the situation could easily have turned into a nuclear disaster. Russia made a grave error by targeting a nuclear power plant and should be condemned.

The incident evoked memories of Chernobyl in 1986, one of the worst nuclear accidents in history. Experts warned that if the Zaporizhzhia nuclear plant blows up, the destruction would be 10 times worse than that of Chernobyl. The warring sides should lay down nuclear protocols before it is too late.

Sir — Russia’s aggression against Ukraine will have far-reaching effects on the environment. Not only will the bombardments leave a permanent mark on nature, but the possibility of a nuclear accident also cannot be dismissed. Firing in the vicinity of the Zaporizhzhia plant could be disastrous.

Sir — The Russian military campaign in Ukraine could encourage other nations to take a similar course of action against weaker neighbours. This would intensify the possibility of a nuclear war. The United Nations, which is tasked with global peacekeeping, must rise to the occasion. Its role in the ongoing conflict leaves much to be desired.

Sir — The Samajwadi Party has promised several welfare schemes and freebies in Uttar Pradesh in an effort to outdo the Bharatiya Janata Party. For instance, the SP leader and former chief minister, Akhilesh Yadav, has promised free rations to the poor for the next five years if his party comes to power.

Yadav has striven hard to overcome the perception that the SP caters only to certain castes and communities. The poll promises aimed at the poor is an effort to expand the party’s social base (“The matrix that Akhilesh needs to win”, March 7). Today it will become clear if Yadav has been able to marshal enough public support to unseat the BJP, which has not faced a setback in Uttar Pradesh since 2014.

Sir — The editorial, “Stealing the past” (Mar 5), sheds light on India’s depleting reserve of cultural artefacts owing to trafficking. For centuries, art thieves have plundered the riches of countries like India, Greece, China and so on. In fact, reports show that artefacts worth $4-6 billion are stolen around the world each year. The lack of public awareness about history is a key reason behind this. Each time we lose an artefact, we lose a piece of our heritage. The authorities concerned need to catalogue such treasures and train forces specifically tasked with preserving and protecting the country’s monuments and other tangible heritage.

Sir — The proposed coal mine project at Deocha-Pachami in Birbhum has run into trouble again with conservationists writing to the chief minister of Bengal, Mamata Banerjee, with concerns about its environmental impact (“Green activists list Deocha queries for CM”, Mar 7). Red flags have been raised about whether appropriate protocols are being
followed while obtaining environmental clearances for the project.

At the climate summit held last year in Glasgow, most countries agreed to reduce their carbon footprints. India, however, refused to make a substantial commitment, claiming that a large number of poor people in the country are dependent on fossil fuels. The Narendra Modi-led government recently set a target of producing 1.2 billion tonnes of coal by 2023-24, which involves setting up several coal-mining projects. One hopes that proper environmental impact assessments will be carried out before greenlighting them.

Sir — The former skipper of the Indian men’s cricket team, Virat Kohli, must be lauded for playing his 100th Test match. At a time when cricketers are lured by the glamour and economic benefits of the Indian Premier League, Kohli’s passion for Test cricket is exemplary. More players like him are needed if the oldest and most demanding format of the game is to be revived.

Sir — Virat Kohli is only the 12th Indian cricketer to reach the landmark figure of 100 Test matches. This shows that few players have the stamina and skill needed to succeed in the toughest format of the game. The National Cricket Academy should train young players with this fact in mind.