Advertisement
Home / Opinion / Letters to the Editor: Food a tangible way to preserve many cultures

Letters to the Editor: Food a tangible way to preserve many cultures

Readers write in from Calcutta, Guwahati, Mumbai and Ujjain 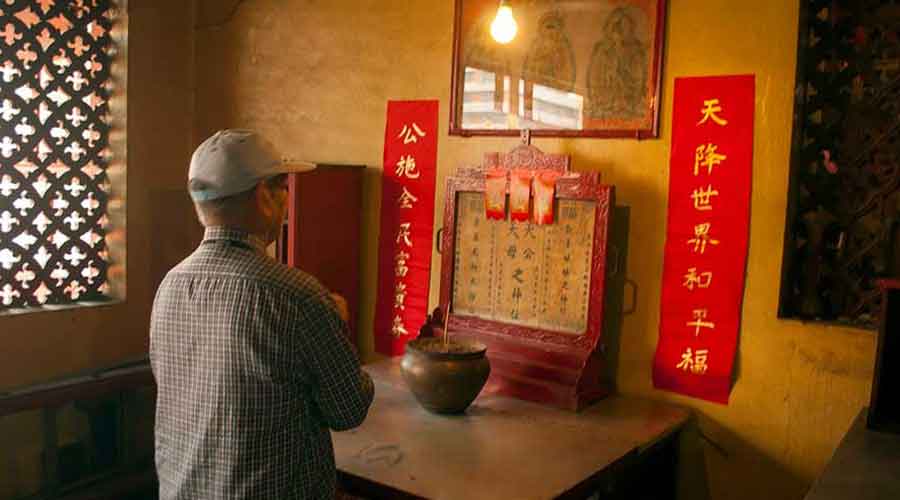 Sir — The World Monuments Watch has listed Tiretta Bazaar as one of the 25 heritage sites of extraordinary significance facing pressing challenges. Most immigrant communities find that food is a tangible way to preserve culture. Similarly, Calcutta’s Chinese residents set up stalls selling dishes reminiscent of their home. But the community is rapidly diminishing — India’s sour relations with China and a rising wave of pseudo-nationalism have not helped its cause. If this community is not made to feel at home, India will lose an important thread of its diverse cultural fabric.

Sir — The latest report by the United Nations Intergovernmental Panel on Climate Change predicts dire consequences as a result of inaction on global warming. India is projected to be among the regions most affected by climate change (“Climate alarm for India”, Mar 1). Even a temporary increase in temperature — anything more than the 1.5 degrees Celsius — would lead to irreversible changes and coastal cities, such as Mumbai, Chennai, Calcutta and Bhubaneswar, could be under water. However, countries across the world have paid little heed to repeated warnings by scientists. In fact, climate change is rarely a part of poll manifestos. The government does not take climate change seriously owing to a lack of public awareness.

Sir — The IPCC report co-written by 945 scientists is a stark reminder of the lethal effects of climate change. The Narendra Modi-led government at the Centre has pledged to reduce carbon emissions by 2030. But its actions belie its words. What is worse, India’s population will increase in the next decade, which means more people will be rendered vulnerable to the vagaries of climate change. The first step of the government towards mitigating this crisis should be a switch to alternative sources of energy.

Sir — It is true that the responsibility of fighting the climate crisis should be a shared one. But developed nations, such as the United States of America and European countries, must bear a greater share of the burden of climate curbs.

Sir — The world of sport has taken a firm stand against Russian aggression in Ukraine. Fifa expelled Russia from the 2022 World Cup after Poland, Sweden and the Czech Republic refused to play their qualifiers against the country. The International Olympic Committee has also recommended sporting bodies to not organize any event in Russia and the International Chess Federation cancelled the Olympiad, which was slated to take place there. World Taekwondo has stripped the Russian president, Vladimir Putin, of his honourary black belt. These may seem like token gestures but they are likely to exert psychological pressure on the belligerent Russian leader.

Sir — Madhabi Puri Buch has been appointed as the first woman chief of the Securities and Exchange Board of India (“Buch picked Sebi chief”, Mar 1). This will inspire more women to aim for top jobs in the world of business. Buch has worked her way to the top at Sebi in a short period of time. She started her career at the ICICI bank and served as the managing director and the chief executive officer there from 2009 to 2011. Her achievements are extraordinary.

Sir — Madhabi Puri Buch has more than three decades of experience in the financial sector. Not only is she the youngest chief of Sebi, but also the first person from the private sector to lead the market watchdog. Buch is a trailblazer.