Letters to the Editor: Follow time-tested ways of eating 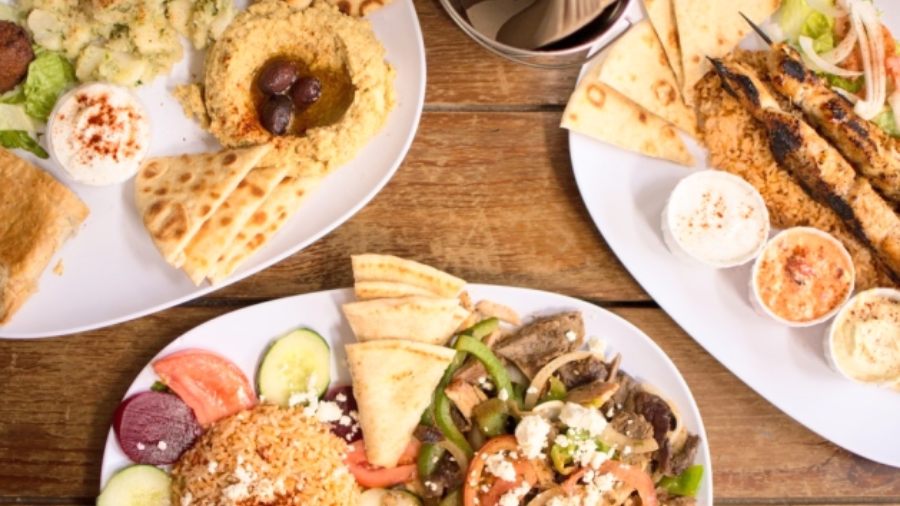 Back to the basic

Sir — The decades-long focus on diet culture is shifting slowly but steadily. Wellness experts and nutritionists are encouraging people to eat well and exercise regularly ratherthan restricting certain foods. But one thing that remains unchanged is the fascination with the eating habits of celebrities. Over the years, celebrities have endorsed the Paleo diet, Ketogenic diet, intermittent fasting and many others. But now regional cuisines seem to be making their presence felt on the plates of the rich and the famous — the Mediterranean diet is a current favourite. Most traditional recipes around the world are well-balanced and have nourished communities for centuries. Many of our anxieties around health can be addressed if we follow these time-tested ways of eating.

Sir — Emmanuel Macron’s re-election as the president of France is good news (“For stability”, April 26). His second term is likely to be turbulent — his plan to raise retirement age and, subsequently, the minimum age for pension will face resistance from the Opposition as well as the masses. Macron must now gear up for the upcoming legislative elections in June.

Macron’s re-election has come as a relief to most European leaders who believed that the views of Marine Le Pen, his primary opponent from the far-Right group, National Rally, posed a major threat to the unity and the integrity of the European Union. Europe was at the forefront of two devastating World Wars in the last century. It is imperative that Europe reins in extremist leaders to avoid further conflict in the continent.

India, too, should be happy with the outcome of the French elections. The ties between New Delhi and Paris have gone from strength to strength during the tenure of Macron and his predecessor, François Hollande. Macron must now prove that he is willing to address the issues that were ignored during his first term.

Sir — The incumbent president of France, Emmanuel Macron, has achieved a comfortable win over Marine Le Pen. The latter’s problematic legacy ultimately tilted the scales in favour of Macron (“Toxic legacy that Le Pen could not hide”, April 26). Macron’s win makes him the first French president to be re-elected in 20 years.

Europe is grappling with a massive security crisis after Russia’s invasion of Ukraine. The French voters have made it clear that they do not agree with Le Pen’s vision for the future of the nation. However, Macron’s victory also comes with a decline in vote share, pointing to the growing divisions in France.

Macron must focus on unifying the French people.

Sir — While inaugurating projects worth over 20,000 crore rupees in Jammu and Kashmir, the prime minister, Narendra Modi, claimed that the days of misery are over for the people of the region (“Not enough”, April 26).

Modi thinks that the abrogation of Article 370 has been beneficial. This is untrue. While the new projects are expected to improve the economic condition of the people of Jammu and Kashmir, the former state remains just as politically unstable.

The discontent among the common people is the result of decades of faulty decision- making. Unless their concerns are addressed, J&K will remain turbulent.

Sir — Narendra Modi’s visit to Jammu and Kashmir will raise the confidence of the local people about the Centre’s commitment to its development. J&K must be as developed as the rest of the country.

Sir — The Mumbai Indians have lost eight matches in succession in this year’s Indian Premier League so far. There is no excuse for such poor performance. The batsmen have consistently struggled with form and by the time they could pick up pace, the matches had already slipped out of hand.

There are several problems plaguing the MI but one of the pressing issues is that the team does not have a good all-rounder who can help it get out of a tight spot later on in the game. The franchise owners bid on the wrong players in this year’s auction and released several key players. This has led to its downfall.

Sir — In sports, a team can reach dizzying heights of success and then come crashing just as fast. The IPL teams, Chennai Super Kings and Mumbai Indians, are testament to that. With nine IPL titles between them in 14 seasons, the CSK and MI were seen as the templates for success. The two teams have faced each other in multiple finals.

However, the last three editions have seen a fluctuation in their performances. In 2020, when the tournament was relocated to the United Arab Emirates because of the pandemic, the CSK failed to make it to the last-four stage although the MI won the title. Last year, when the second half of the tournament was held in the UAE for the same reason, the situation was the other way round. This year, the MI has been virtually knocked out of the IPL and it is likely that the CSK may not qualify for the play-offs. What happened to their time-tested winning formulas?

Sir — After a gap of two years, the birthday celebrations of William Shakespeare returned to his hometown, Stratford-upon-Avon, with much fanfare (“Shakescheer, after 2 years”, April 25). The unveiling of the recently-restored statue of Shakespeare, which was presented by David Garrick in 1769, the presentation of a new quill at the Bard’s grave, the unfurling of the birthday banner, and the procession were all exciting parts of this year’s celebrations.