Letters to the Editor: Films facing Hindutva ire from time to time

Readers write in from Calcutta, Noida, South 24 Parganas and Nainital 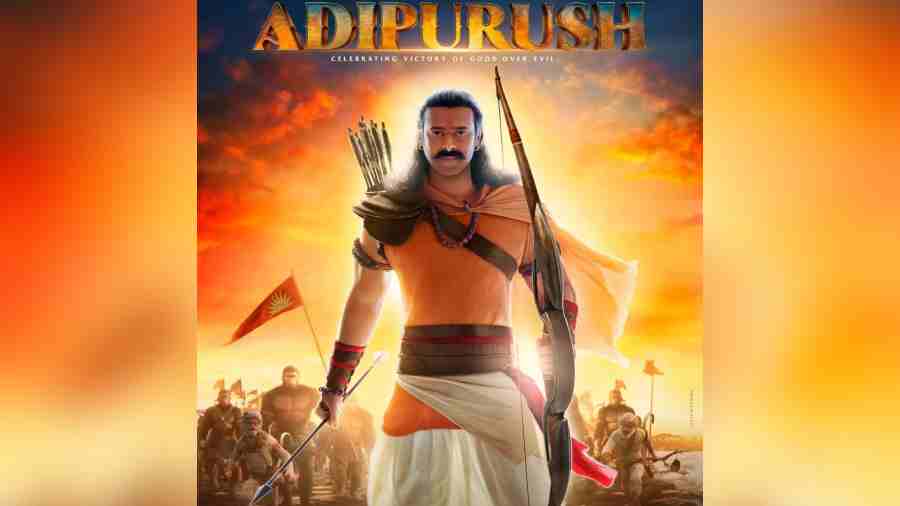 Sir — Film releases running into rough weather owing to the Hindutva brigade is not new. Recently, Adipurush — a retelling of the Ramayana — came under fire for misrepresentation. Rama is shown having a moustache, while Hanuman is sporting a beard without a moustache and wearing a leather jacket; both are depicted as aggressive. One wonders how an aggressive Rama or Hanuman could be deemed inappropriate when the revamped Ashokan Lions atop the new Parliament building, with their bared fangs and ferocious expression, are touted as symbolic of New India.

Sir — The Supreme Court recently upheld the order of the Andhra Pradesh High Court quashing the state government’s decision to increase the tuition fee in medical colleges to a sum of 24 lakh rupees per year. The top court also maintained that education is not a medium to earn profit and that the tuition fee must remain affordable. This is welcome. Many students cannot opt for medical education because of the exorbitant fee structure. Private medical institutions are profit-driven and have scant regard for providing quality education.  The replacement of the erstwhile Medical Council of India with the National Medical Commission in 2020 has failed to usher in real change. The government should take steps to ensure that education does not turn into a business.

Sir — The civic administration of Calcutta has decided to involve councillors in the fight against dengue by directing them to accompany vector control teams to raise awareness (“Kid dies of dengue; CMC councillors in sting fight”, Nov 10). The decision is laudable but it comes a little too late as several deaths have already occurred on account of the disease. The reasons behind dengue taking this monstrous form in the state are institutional apathy and a lack of civic responsibility. Timely interventions would have prevented the situation from escalating to this degree.

Sir — In the article, “Regressive thought” (Nov 11), G.N. Devy correctly states that “if the education policy imposed on universities asks for unquestioning acceptance of all that was ancient, the result will be a fatal loss of the ability to ask meaningful questions...” India’s education system is facing numerous challenges. One of the flaws of the new National Education Policy is that educationists are given little say in deciding the syllabus.  The evolution of knowledge owes much to the tradition of discussion and debate. If India considers ancient scriptures as the sole reservoir of wisdom and disregards modern scientific knowledge, the country will be doomed.

Sir — The Indian men’s cricket team faced one of the most humiliating defeats in the semi-final match against England at the ongoing Twenty20 World Cup (“Abject surrender in 10-wicket carnage”, Nov 11). The Men in Blue, led by Rohit Sharma, failed to set a daunting target for the English team. Furthermore, the Indian team’s performance during the Powerplays throughout the tournament was unimpressive. Barring a few players, like Virat Kohli, Hardik Pandya and Surya Kumar Yadav, almost all the other cricketers failed to perform. Sharma has been struggling with batting ever since he took over the captaincy. It is the responsibility of the Board of Control for Cricket in India to make necessary changes so that the potential of the players is fully realised.