Advertisement
Home / Opinion / Letters to the Editor: Employers should not have restrictive clauses in job contracts

Letters to the Editor: Employers should not have restrictive clauses in job contracts 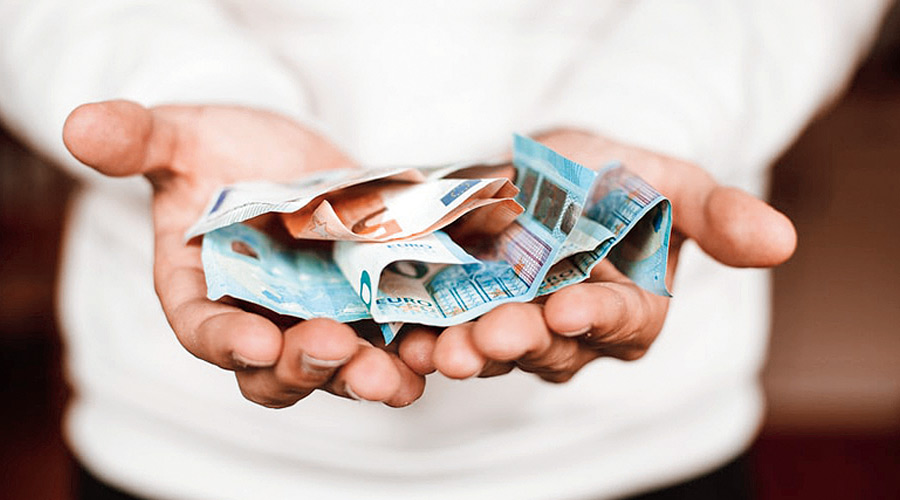 Sir — A single source of income is no longer enough. A steep rise in living costs, rampant unemployment, and student loans have forced many with higher education, especially millennials, to look for multiple revenue streams. Many financial experts have stressed the importance of diversification of income so that a chronically-underpaid generation of workers can fall back on a nest egg in case of an emergency. However, several companies, in spite of failing to offer a liveable salary to their employees, continue to restrict them from taking up additional work. Considering the economic downturn, it may be difficult to find a well-paid job, but employers should refrain from inserting restrictive clauses in contracts.

Sir — The article, “A shot in the arm for growth” (Feb 2), by Partha Ray gave a fairly balanced analysis of the Union budget for 2022-23. The government seems to have planned the budget with 2047 — the centenary of India’s Independence — in mind. The thrust on capital expenditure, which is expected to go up by around 35 per cent, driven by seven engines — roads, railways, airports, ports, mass transport, waterways and logistics infrastructure — will, hopefully, meet the needs of the economy. But, as the editorial, “Look ahead, not forward” (Feb 2), points out, the Centre has failed to address the immediate needs of the common people.

Sir — The 2022-23 Union budget overlooks the needs of senior citizens who are struggling to keep up with the rising prices. With interest rates for senior citizen’s saving schemes reduced frequently, it has become difficult to meet high medical expenses as well as daily expenditures. The finance minister, Nirmala Sitharaman, could have announced a scheme providing medical aid to the elderly.

Sir — It is surprising that the Union budget has placed disproportionate emphasis on boosting the digital economy at the expense of other pressing issues. Not only did Nirmala Sitharaman announce the introduction of the digital rupee but the Centre has also allocated funds for a digital university.

But the budget failed to address the exponential rise in unemployment, widening economic inequality and loss of livelihood. Shockingly, the Centre reduced the budget allocation under the Mahatma Gandhi National Rural Employment Guarantee Act by 25 per cent amidst high rural unemployment. There is also a substantial reduction in subsidies for fertilizers, food and petroleum. Much of our worries are likely to remain.

Sir — The finance minister has rightly pushed for organic, zero-budget natural farming. This is expected to make farming sustainable, improve the income of farmers by reducing costs of inputs, in addition to better market access and improved product returns to the farmers. However, opting for organic produce — it is usually sold at a much higher price in the market — may not be economically viable for the consumer.

Sir — The Bharatiya Janata Party excels in rhetoric, and empty promises were all that Nirmala Sitharaman delivered in this year’s budget. There was no reason for the budget to focus on India of 2047 while people are struggling to make ends meet at present.

Sir — It was amply clear from this year’s budget that the government has no interest in alleviating the troubles of the ordinary people of the country. One of the worst announcements was the decrease of funds to MGNREGA from Rs 98,000 crore to Rs 73,000 crore this year. How does the government plan to provide jobs to the rural poor by slashing funds for employment initiatives?

Sir — Jhinuk Mazumdar’s article, “Absence from school impedes growth of skills” (Jan 31), has rightly drawn attention to the loss of soft skills in children because of online schooling. Parents and teachers alike feel that children must learn organizational and problem-solving skills along with book knowledge for a well-rounded education. But children’s education is likely to suffer as long as the coronavirus continues to mutate and wreak havoc around the world.

Sir — In an astonishing display of gratitude, seven brothers in Kerala have put out a newspaper advertisement looking for a person who had lent money to their father in Dubai four decades ago when the latter fell on hard times (“Hunt to repay a debt of gratitude”, Feb 3). Habibullah, who passed away recently, wished to pay back his roommate, Lucis, who lent him a substantial amount of money in the 1970s.

It is truly rare to see people remember acts of kindness and go to such lengths to express their gratitude. This incident must encourage people to help those in need.

Sir — The Taliban have announced that they have reopened public universities for women in six provinces. Furthermore, all girls’ schools are expected to open by the end of March. Most secondary schools for girls and public universities were shut when the Taliban came to power last August. While it is good that Afghan girls and women may, once again, be able to access education, it remains to be seen whether the Taliban keep to their promise.