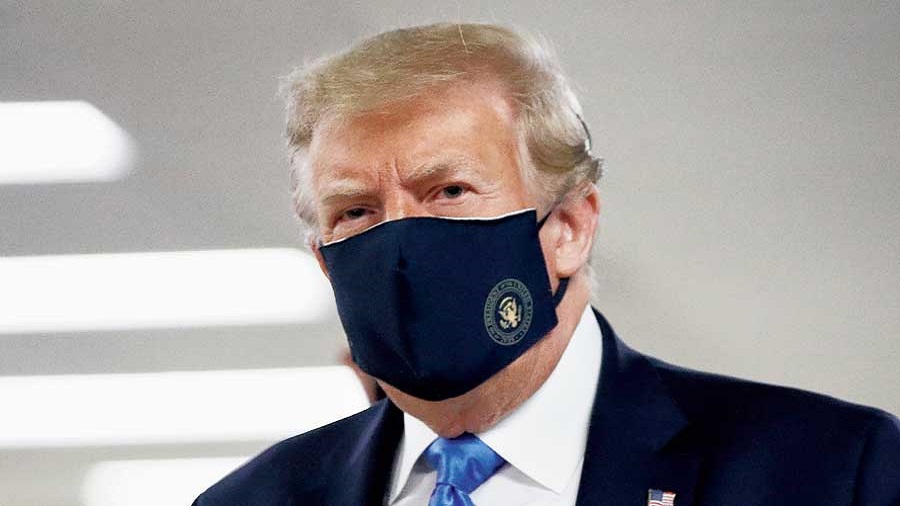 Sir — With the second impeachment trial of the former president of the United States of America, Donald Trump, having begun, people are waiting with bated breath to see its outcome. On January 6, Trump supporters stormed the Capitol, forcing senators to evacuate in the middle of counting the Electoral College votes ratifying President Joe Biden’s victory. Trump has since been accused of “inciting insurrection” with Democrats as well as several Republicans demanding that he be held accountable for his actions. It remains to be seen whether Trump is convicted of his crimes.

Sir — The prime minister of India, Narendra Modi, recently made a statement in Parliament in defence of the three controversial agricultural reform laws passed by his government, and requested the protesting farmers to end their agitation and engage in discussions with the authorities (“Noxious”, Feb 10). It must be noted that in the same address he called protesters “Andolan Jeevi” and “parasites”, warning the people of India to beware of them.

Modi assured the farmers that the minimum support price will remain, but the farmers’ unions naturally do not trust the prime minister. So far 11 rounds of talks have been held, but to no avail. The prime minister’s conviction that there is a ‘foreign conspiracy’ at play in these protests — he remarked in Parliament that ‘FDI’ might as well be termed “Foreign Destructive Ideology” — and that the country should be aware of this development is nothing but a diversionary tactic. It is quite obvious that the criticism faced by the Modi government regarding the farmers’ protests in the international arena has struck a nerve.

It was good to see the Opposition stand up to the prime minister’s assertion with the senior Congress leader, Mallikarjun Kharge, terming it as “misleading”. It is time to defuse the violent situation surrounding the three bills. They must be repealed in the interest of the farmers and the progress of the nation.

Sir — The phrases, “Andolan Jeevi” and “Foreign Destructive Ideology”, coined by Narendra Modi in Parliament to describe the farmers protesting against the three new farm laws and the tweets by foreign nationals and global celebrities who support the agitation are linguistic innovations typical of him. In spite of his empty and inflammatory rhetoric, he did not actually address the core issue of the farm laws and their unacceptability to the farmers.

It is unfortunate that the prime minister demonized dissent when peaceful protests have formed the backbone of the freedom struggle in India and continue to shape our lives and politics. The farmers of our country have been protesting against the contentious laws for months on end and over 160 people have lost their lives. This cannot be trivialized, scoffed at or brushed aside. Demeaning them, as well as other civil rights activists and protesters, as “parasites” is unacceptable.

Sir — It is quite ironic to hear Narendra Modi label protesters as “Andolan Jeevi” when he owes his political career to student protests. The Navnirman Movement of 1974 was a turning point in Modi’s political career. In 1975, he was elected the general secretary of the Lok Sangharsh Samiti in Gujarat. The prime minister would do well to reflect on his past before denigrating his critics.

Sir — There is nothing more unfortunate than the prime minister of India using sinister words such as “Andolan Jeevi” and “parasites” to refer to the protesting farmers. The government, riding on sheer jingoism, is trying to demoralize the protesters and turn public opinion against them. Would Modi have the temerity to label the Jewish people’s protests against the Nuremberg laws or M.K. Gandhi’s dissent against the British raj as the acts of “parasites”? He should be much more careful in choosing his words.

Sir — Narendra Modi’s words in Parliament while talking about the farmers’ protests eerily remind one of the Third Reich. Unless we are very careful, India might just go down the same path.