Advertisement
Home / Opinion / Let me vow, I am the wow cow

And not merely say, but say with authority and with proof 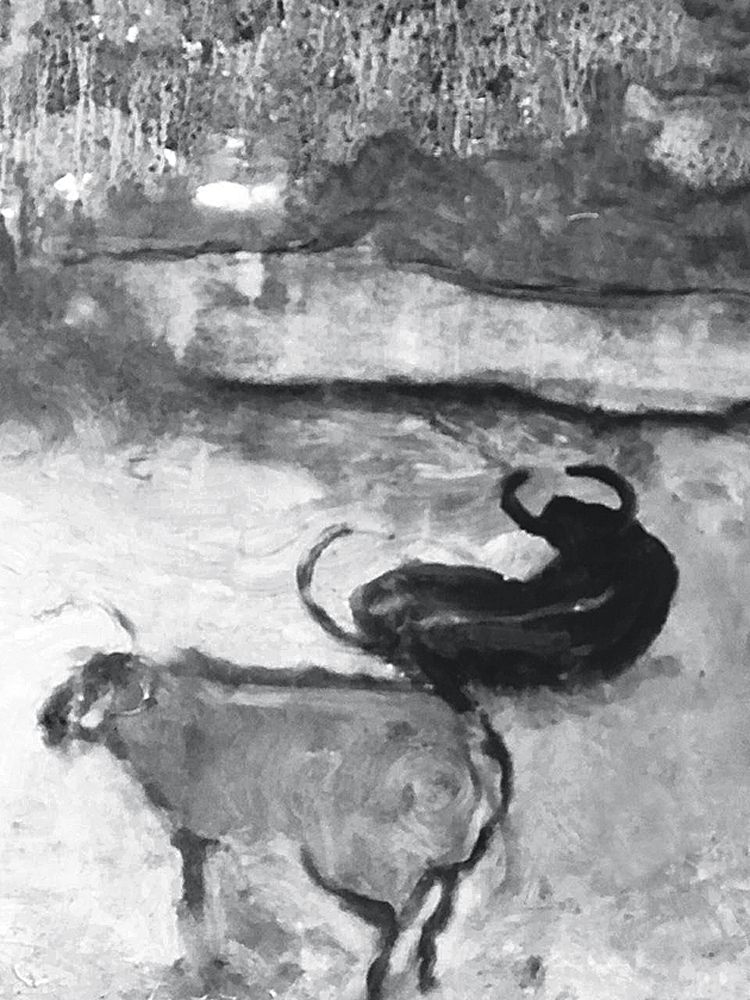 Well, while you decide, let me tell you, Me Mooooooo!

Do you not know?

But you should. You better. The year’s about to end, and if you don’t know me, you’re about to, you know. Know a lot. An awful lot. If you know what I mean. You mean, you don’t know me? Me? Then God be with you, Khuda Hafiz. You are spent. Gone. Khallasss! So brace yourself, and find out things. About yourself. About me. Else...

But there is a problem. There are problems with identity, that’s not unusual. You look at yourself in the mirror and often you wonder who that person looking at you from the other side is. And that person on the other side probably has similar wonders? You raise a quizzical brow and that other person does the same; you wink and the other one does too; you scowl and the other one does too. You have one identity, others may have perceptions of it. You may say you are this, others may say you are not this, you are that. So what you say of yourself is never the final thing; others have a say on what you say of yourself. You will say, for instance, here’s where I came from; they’ll say, no, that’s not where you came from. You’ll say this is where I belong; they’ll say no this is not where you belong. You’ll say here’s what I think of myself; they’ll say no that cannot be true because we think quite differently of you. And so, on and on and on, and so forth as well.

I may have come from somewhere else: I most likely did. And who knows where from? If I was from here, I would have been elsewhere by now. We are wandering things, we mooo and start to trek in the direction of the mooo. I don’t remember where I came from, I arrived. How am I to know where the one that birthed me and the one that sired me came from. I have no memory of them. Is that my fault? I have no notion where those that sired and birthed those that sired and birthed me came from. Who’s to know? How is one to tell? But should that mean I am illicit? Should that mean my presence here is illegal? And should that be so, where shall I go? Duh! What nonsense!

Ah, but I can say that. Not YOU, not you who I have my finger pointed at, not you who I have now learnt to swiftly mark out because the trick of how to do that has been revealed to me. I can say that because I am the privileged one you see. The mooooo. So much as touch me and see what happens. Or read up on the consequences that have befallen those who are even alleged to have done something to me. Nothing can happen to me; but something can happen to you because you have to tell us who you are and we may not believe you, hai naa? No need to flail about, no need to complain, no need to scream discrimination and all those sorts of big words or start quoting from that Book and tell me this can be done and that cannot be done. Do only as I say.

Ah because I have privilege
For I am the one who’ll tell you how;
Mind, don’t fall off the ledge
Just say you follow the cow.