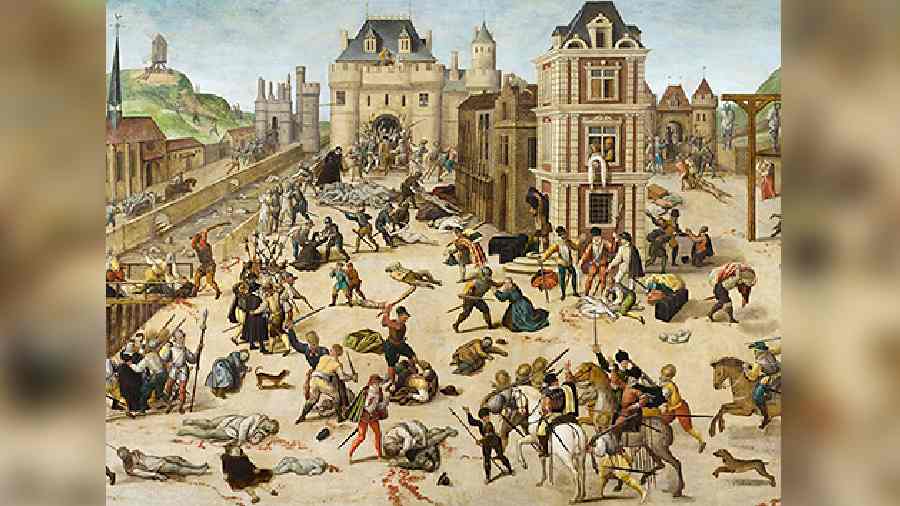 History is increasingly being used to settle scores between different faiths. However, history without caveats derived from present sensibilities can be misleading. History tells us that no empire was perfect: betrayal, treachery, fratricide characterised most dynasties. The rulers were expected to fight, kill, and enlarge their territories, just as capitalists today are expected to compete. Any king who was satisfied with what he had didn’t deserve his place at the top and his rule would soon end. Once these terms of engagement were accepted, there was peace.

But this kind of peace is anathema to modern standards. The standards of the past are essentially irreconcilable with the modern framework, which is about the extension of citizenship rights and not denying these on the basis of such ascriptive statuses as caste, religion or gender. So if a community reminds us of the unequal power equations of the past, the lesson surely is to not repeat it. But it is human nature to aggrandise one’s own culture by recalling the past selectively. Worse, in attempting such an exercise, past virtues get trampled as well. There are, therefore, merits in learning to forget.

In this context, we must turn to a fascinating text, Learning to Forget, by Dipankar Gupta. One of its most significant sections claims that a modern society is forward-looking and if it is committed to looking ahead to meet newer targets, it cannot cling to the past. In order to progress, one cannot look backwards.

Over-emphasising or glorifying or even deriding the past is not only regressive but it is also detrimental to modernity’s mandate. An obsession with a golden past, or with a barbaric past, pits citizens against citizens of the present because of what had happened in another epoch. It shifts the focus away from modern objectives such as health, education, employment and infrastructure.

It is easy to instigate memories of historic atrocities and bitterness in order to mobilise sectarian hostilities because the past is full of plunder, killings and injustices. What then can be achieved by arousing memories of past prejudices and hostilities? Nothing, other than intolerance towards cultural differences. To take an example from Learning to Forget, if Europe were to remember its medieval rivalries — the St. Bartholomew’s Day massacre, the Hundred Years War and so on — it could not have realised a modern collaboration such as the European Union.

Does Learning to Forget encourage us to forget history or obliterate the past? No. Rather, it leads us to differentiate between ‘learnings from history’ and ‘remembering the past’. The latter is an emotive engagement while the former implies intellectual sifting of historical facts to problematise a judgment relevant to democratic standards of today. This would naturally compel one to do a comparative analysis among multiple narratives of the same epoch. That is doing history, which is different from selectively remembering the past to issue emotive war cries to avenge a medieval injustice that was committed under different standards and contexts.

Playing the narrative of victimhood does not take us anywhere other than leading us closer to secular slippages. The hardest thing is to be consistently secular which, unfortunately, most political formations have failed to be. Violence in the name of religion does not fit into the inclusive mandate of modernity. Communal majoritarianism has put a question mark on our modernity quotient. With the annihilation of hard-earned secular values, there is a question mark on our secular credentials. Secularism is the new cuss word in New India.

There is a bigger issue about an exercise of writing a piece like this: is there a point in addressing a mind consumed by blind faith?

Sreedeep Bhattacharya is a sociologist with Shiv Nadar University