The battle to keep Britain in the EU is lost, but another one has begun 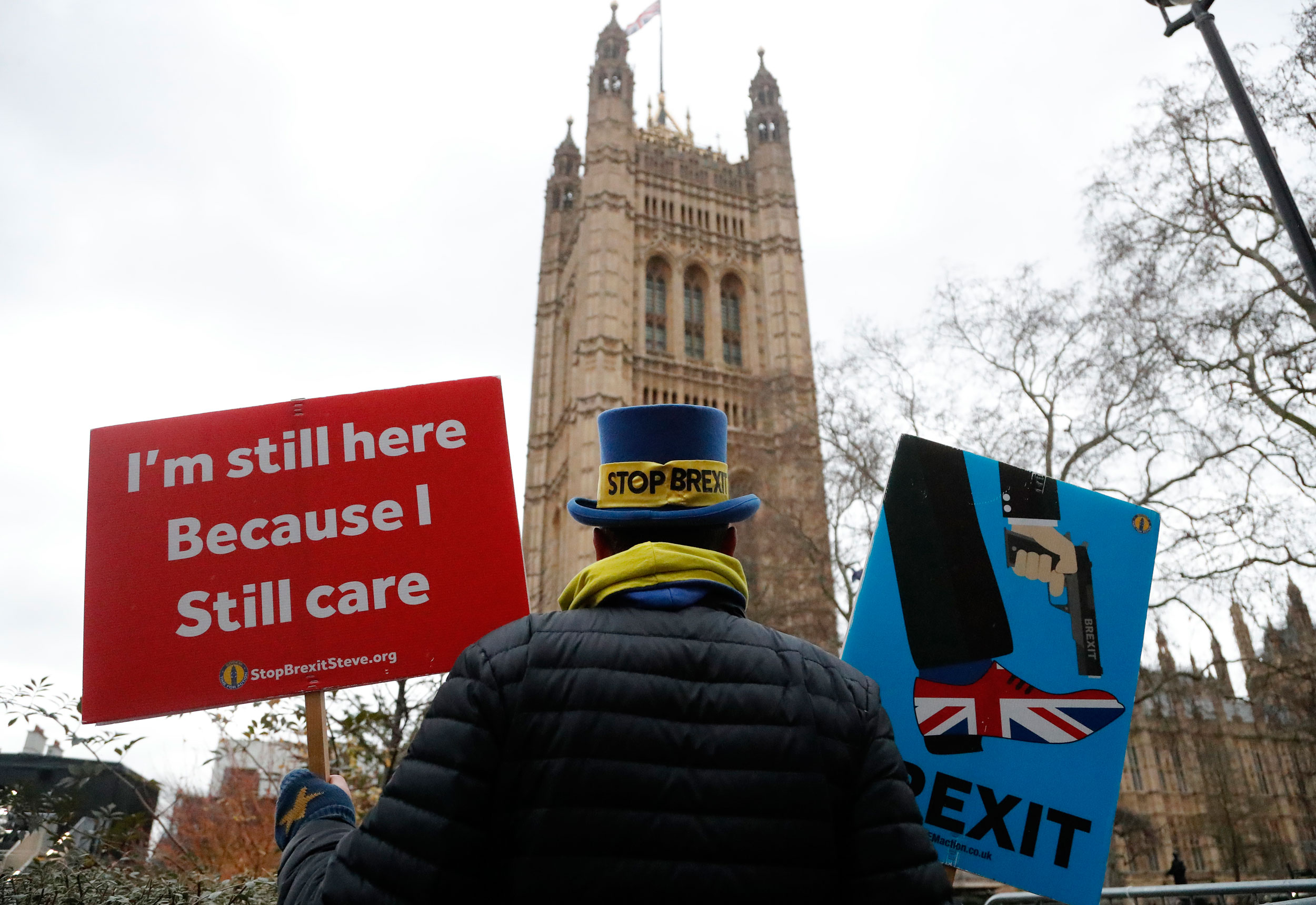 “History to the defeated/ May say Alas but cannot help or pardon.”

W.H. Auden’s lines from the Spanish Civil War now apply to us, the British Europeans. We fought to keep our country in the European Union and we lost. The half of Britain that wants to leave the EU was united around Boris Johnson while the half that still wants to remain in the EU was divided against itself, and weighed down by the electoral liability called Jeremy Corbyn. If the deceptive but effective three-word slogan ‘take back control’ won the 2016 referendum, so the equally effective and deceptive three-word slogan, ‘get Brexit done’, won this election. Even if voters knew somewhere in the back of their minds that it was too good to be true, in their hearts they wanted it to be. And let’s be honest: even the most passionate of us Remainers had some hidden ‘get Brexit done’ corner in our souls.

But now I answer Auden with a great saying from the leader of Poland’s struggle for independence in the early 20th century, Józef Pilsudski: “to win and rest upon your laurels, that is defeat; to be defeated and not give up, that is victory.”

One of the many unpleasant experiences awaiting us in Britain over the next few months is to hear silver-tongued demagogues like Johnson and his close associate, Michael Gove, who have done more than anyone to tear this country apart, now smoothly repeating the mantra of ‘bringing the country together’. Yet, the likely consequence of Brexit is not just that the United Kingdom will be weaker, poorer and less influential, but also that it will effectively cease to exist as a single state. That is the other clear signal from this election.

Under Johnson’s EU withdrawal deal, Northern Ireland will already be in a different economic and legal space from England, Scotland and Wales. Now Northern Ireland has, for the first time, elected more nationalist than unionist MPs. While it will probably remain constitutionally part of the UK for some time to come, since a formal break could return the province to bloodshed, in reality it will be ever more integrated with the rest of the island of Ireland.

Scotland, meanwhile, has voted as emphatically for the Scottish National Party as England did for the Conservatives — and that on an explicit SNP commitment to a second Scottish referendum in which Nicola Sturgeon’s party will argue for Scotland to leave the British union in order to rejoin the European one. As an Englishman, I want Scotland to stay with us, to enhance the strength, diversity and openness of the multinational nation that is Britain. There are also strong economic and prudential arguments for Scotland to stick with England. But if I were Scottish, I would now probably vote for independence, knowing that small countries generally do rather well inside the EU. If Johnson continues to deny the Scots the right to a second referendum, that will make them even more likely to vote for independence.

That result would take us back to the 17th century, before the 1707 union with Scotland, and some would even say back to the 16th century, when only England and Wales were united under one sovereign. There is a huge irony here. Brexit, which has been fuelled at the top by English post-imperial delusions of grandeur, is the very thing that will probably end up demolishing even the original, smallest English empire, the one embracing these islands. Only Wales will be left to decide whether it wants to stay or go.

All this will take years to unfold, and the final denouement is not inevitable. Maybe the Scots will, after all, stick with the devil they know. But it is not too soon for us liberals — in the broadest sense — to start fighting the battle of England. Brexit is at heart an English nationalist project. The flag of St George, the language, the mystique, the emotional appeal of England and Englishness have been misappropriated by nationalists and xenophobes, not to mention racists such as Tommy Robinson, formerly of the soi-disant English Defence League.

But England is so much bigger and better than that. Even on its own, England would still be a fair-sized European country, with extraordinary strengths in creative industries, world-class media and universities, financial services, the cosmopolitan republic of greater London, sport, medical science and digital innovation. It has an exceptional, continuous history of 10 centuries as a nation with its own laws and traditions of self-government. It is also the country of John Milton, John Lilburne, John Stuart Mill, Charles Dickens and George Orwell: open-minded, bold, tolerant and big-hearted. For all the changes wrought by the centuries, we can still recognize the people described by Milton in 1644: “a nation not slow and dull, but of quick, ingenious and piercing spirit; acute to invent, subtle and sinewy to discourse, not beneath the reach of any point... that human capacity can soar to.” Enriched and enlivened by decades of immigration, we are still that nation, for these characteristics are cultural, not predetermined by birth. Unfortunately, we are again, as Orwell wrote in 1941, a family with the wrong members in control. But still, a family.

The battle to keep Britain in the EU is lost; the battle for a European England has only just begun. When we Remainers marched in our hundreds of thousands through the streets of London, bearing our improvised posters and European flags, we were not just defending British membership in a particular set of European institutions. We were also defending a certain idea of Britain and, within that, a certain idea of England: open, tolerant, internationalist, civic and civil, attentive to the social foundations of individual liberty and not just to its raw economic expression. These are values we share with millions of other Europeans. In this sense, we were also standing up for a European England. And we can do so still. In this hour of defeat, I feel impelled to say, with Orwell: I believe in England, and I believe that we shall go forward.