The private lives of teachers 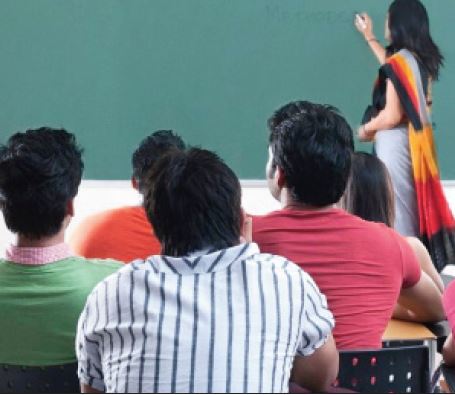 I recently spent an evening chatting with a former student, an alum of our university now working in London. In a tone of solemn humour, she told me that during her tenure as a student, she and her peers spent endless hours gossiping and speculating about their professors, and of the (real and imagined) lives professors might be leading, on and off campus. News not quite from the wild, the confession still sounded shocking and sobering at the same time.

Of all human relationships that exist in the grey zone between the personal and the professional, teachers occupy a particularly sensitive space. Their professional business is also a deeply personal one, that of the growth and development of individuals, through its many stages — holistic in the younger years fusing the personal and the academic, more professional and discipline-driven in college, etching, once again, a complex entanglement of power and proximity around advanced research mentorship.The last has been made naked and blatant by the academic #MeToo movements worldwide.

Things get infinitely more complicated when you’re teaching, or learning from people who don’t look or sound like you. I’ve experienced this through my years of studying and teaching at various universities across North America. And through the various obstacles the alien has to encounter on campus — such as the disproportionate mentoring burden on the academic from socially disadvantaged backgrounds, the curious and contradictory sartorial expectations from professors from ethnic minority groups — I have come to realise that the toughest and most sceptical scrutiny is faced by women as they take on academic authority.

The acerbic irony of this scepticism should singe our soul. Women, whom society trusts the most as caregivers and mentors to young children as evinced in their pervasive presence and primacy in the teaching of young children, face increasing resistance in positions of professional and intellectual authority at points of advanced and higher education. Even without going into the multiple obstacles a female academic or professional faces that men are exempted from, this belies society’s deeply entrenched resistance to accept women in academic leadership — a resistance unevenly distributed across different disciplines. While this problem is just as acute in the Anglo-American West, in India, the intellectual resistance is deeply compounded by moral and sexual judgement faced by women from which, once again, men are free for the most part. It is one thing to have an intellectual crush on a teacher, but it is this subliminal judgementalism that makes the imagination of teachers having full human lives, including bodily, social, and sexual, an uneasy, even terrifying, thing.

This has always been complicated in this country where, along with various visible and invisible social hierarchies, the aura of ancient mentorship models such as the gurukul tradition lingers residually, infusing its own prejudices against teachers who are not male or Brahminical, in both scripted and unscripted sense of the term. Even in the college and the university, where disciplinary and professional concerns are supposed to eclipse more personal ones, this eclipsing doesn’t quite happen. My North American experience of private space and individualism makes me particularly alert to the more personal, familial and communal textures within which teacher-student relationships often operate in India.This can be a warm and fuzzy thing when it works. But when it doesn’t — which may include some instances when it works too well — it can be destructive in some ways that are obvious, and some that are hard to immediately understand.

When the personal image of a female teacher becomes so restrictive, indeed, paranoid, that a photo of her in a swimming costume uploaded to her private Instagram account triggers a male student’s“shock”, a father’s “outrage”, and an institution’s “punishment”, the whole thing becomes so despicably absurd that a sensible person doesn’t even know where to start: the fact that this was a private social media account only meant for the close and the trusted, that this was the normal attire for a socially normative activity, or that the whole thing was in the scope of the teacher’s personal life. That the institution’s nonsensical and reprehensible “sanction” of the teacher is particularly upsetting to me as an alumni may not be important to the wider world, but I hope it matters to its alumnae everywhere, and with resounding shame.

The distressing thing is that in India students are thought of as children whether they are in kindergarten or in university. Go to any university campus and hear 18+ year olds being referred to as ‘kids’, ‘bachhe’, a vocabulary that never ceases to baffle me. This is the same attitude that quickly turns them into ‘traitors’ or ‘anti-nationals’— the anger of stern parents whose ‘kids’ escaped the rod and dared to question them. Individualism, private space, sexual life, they all belong to the Enlightenment that never arrives, not as long as you’re on campus. The supposed brahmacharis of the four stages — an imagination that only makes room for male students of a certain social status— remain dangerously corruptible, particularly by women teachers whose academic authority can only come at the expense of their full humanity.

Can we please let our students grow up — and see them as such? Particularly, can we see our college and university students as younger collaborators in a process of collaborative learning rather than children we must ‘protect’? It may not be smooth sailing in a country with staggeringly uneven access to educational resources. But like democracy and health, equitable education, too, is a universal right, and it should be our eventual goal even when it’s far from an achieved reality. But then again, this is a country where turning 18 gives you the right to choose your government but not, that often, your partner or career. Education is nothing if not about growth. But among parents, professors, and institutions, we have a value system that inhibits growth and keeps them children as long as they have one more examination or experiment left. Until then, all hell may break loose if they discover that their teachers, too, are human beings.