Letters to the editor: Dating apps versus traditional matchmaking 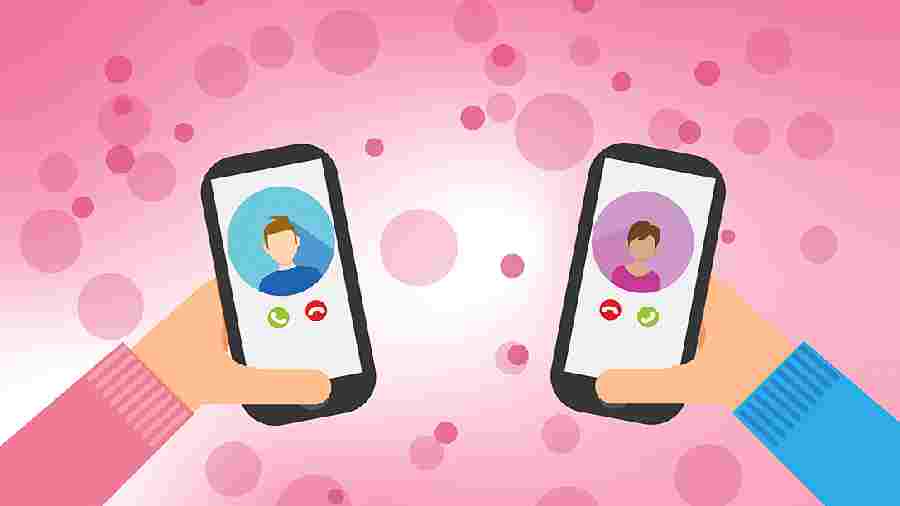 Sir — Technology has ushered in an immense cultural shift in how we approach love. The emergence of dating apps as acceptable tools for finding a romantic partner has expanded the pool of potential candidates. Simultaneously, it has also exacerbated people’s anxieties and insecurities. Since there is a higher possibility of rejection and ghosting, many people mistrust interactions on dating apps and few expect dates to lead to meaningful connections. Perhaps this is why many young people, especially Indians, are turning to their parents to help them find a partner through traditional matchmaking networks to avoid the constant assault on their self-esteem. This is far from the promise of love advertised by dating apps.

Sir — The prime minister, Narendra Modi, outlined five pledges for India to fulfil by 2047 during his Independence Day speech from the Red Fort. These include becoming a developed nation, removing all traces of colonialism, taking pride in our roots and heritage, unity and integrity, and instilling a sense of duty among citizens. He also pointed out that corruption, nepotism and dynastic politics are some of the major challenges facing the nation.

In spite of such enormous claims, the prime minister’s speech fell short. He did not lay out the programmes that the government intends to undertake to fulfil the five goals. Modi may have repeatedly shown his displeasure for dynastic politics, but the Bharatiya Janata Party is also guilty of nepotism. He said that competitive, cooperative federalism is the need of the hour. Yet, the Centre has repeatedly encroached upon the powers of state governments. There seems to be a wide gap between Modi’s words and actions.

Sir — Narendra Modi may have hailed ‘nari shakti’ during his Independence Day speech but the Opposition parties are right to point out that the prime minister must introspect on the BJP’s attitudes towards women before making such statements. During the speech, Modi asked people to pledge to not do anything to lower the dignity of women.

The parliamentarian and senior leader of the Trinamul Congress, Derek O’ Brien, quickly reminded Modi of his “Didi o Didi” dig at the chief minister of West Bengal, Mamata Banerjee, during an election rally in the state. The Shiv Sena leader, Priyanka Chaturvedi, pointed out that not just was the Maharashtra cabinet devoid of any female ministers but even the women and child portfolio was handled by men. Modi must address these shortcomings.

Sir — The 75th year of India’s Independence has coincided with one party having a majority at the Centre. The country has witnessed the collapse of several coalition governments in the past which led to political instability. A strong and steady government is crucial for the development of a young nation. The celebration also comes at a time when the country is emerging out of the grim shadows of the Covid-19 pandemic. The BJP government has done its best to provide aid to the common people and help them come out of the financial woes brought about by the pandemic. We, too, must do our part for the development of the nation.

 Sir — The legendary Australian cricketer-turnedcommentator, Ian Chappell, has announced that he will be retiring from his commentary career after a span of 45 years (“Ian hangs up mic after innings of 45”, Aug 16). Chappell’s in-depth understanding of cricket was evident in his commentary. His assessment of the game — he recently said that Test cricket may no longer interest the best players — has often been introspective and accurate. Chappell had a remarkable innings as a sports journalist. His contribution will inspire generations of cricket lovers.

Sir — India ranks third in the global start-up ecosystem and also in terms of the number of unicorns. According to latest data, there are 105 unicorns in the country, among which 44 were born in 2021 and 19 in 2022. These are heartening numbers. Furthermore, Indian startups are not restricted to metropolitan areas; Tier-2 and Tier-3 cities have also witnessed a mushrooming of new and innovative businesses in a myriad fields. India has also climbed up on the Global Innovation Index — the country was 81 among 130 economies in 2015 but jumped to 46 in 2021. There is immense potential for new ideas to take off in the Indian market.

Sir — The lumpy skin disease has killed over 3,000 heads of cattle in Gujarat and Rajasthan. But in Anand, India’s milk capital and home to the diary state cooperative, Amul, the impact has been minimal. Anand and its neighbouring villages have recorded 1,507 cases of the lumpy skin disease since April 1, but has registered a low mortality rate. This is primarily because the cattle in these areas have been fully-vaccinated against the disease and the owners maintain high hygiene standards. Farmers in other parts of the country should follow these basic precautionary measures to minimise the ravages of the disease.

Sir — It was wonderful to learn about a temple in the Parna village in the Begusarai district of Bihar which is dedicated to the freedom fighters who sacrificed their lives for the country (“Temple to freedom fighters”, Aug 16). We must always remember the contributions of those who laid down their lives in the fight against British colonialism.