Indian history through the prism of dissent 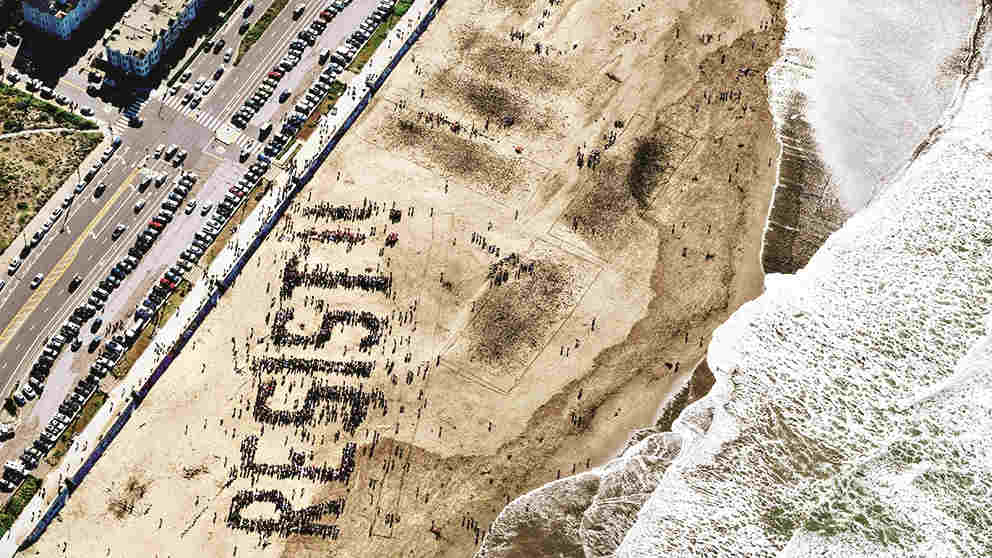 As both rage and outrage continue to build over the Pegasus surveillance scandal; as connections are made between the unauthorized hacking of phones and the insertion of malware into the laptops of those accused and arrested in the Bhima Koregaon case; as the death of Father Stan Swamy raises vital questions about the intent and (mis)use of the Unlawful Activities (Prevention) Act; as the studied indifference of the Central government towards the ongoing farmers’ protest (now in its 10th month) becomes a matter of scandal and shame for any right-thinking individual who professes faith in democracy — in short, as the fates of those who refuse to toe the line so sedulously being propagated by our rulers become a matter of daily headlines, one thing becomes increasingly clear: our present government at the Centre is perhaps the most intolerant of any we have seen when it comes to dealing with any form of dissent. Such intolerance appears in many avatars, ranging from mockery and boorish abuse to incarceration and what is now being labelled ‘soft torture’. As the sangh parivar single-mindedly pursues its agenda of Hindu-Hindi-Hindustan, one can see a clear articulation, in the discourse of culture and society, no less than in the discourse of politics, of a straightforward division of the bewilderingly complex reality of India into the neat binary of ‘Us’ versus ‘Them’, or, if one prefers, ‘Self’ versus ‘Other’. This simple, some might say simplistic, dichotomy enables the ruling dispensation to club together activists, academics, journalists, members of Opposition political parties and a host of others who may  hold very diverse views on a range of issues, into a near-monolithic category of anti-national, unpatriotic trouble-makers who are hell-bent on derailing the triumphant march of India that is Bharat to the status of a global superpower, a vishwaguru (world-teacher/leader) that lesser nations would do well to emulate.

At just such a juncture, it may be instructive to look at Indian history through the prism of dissent; to examine how those who have rejected officially-sanctioned manners and mores have shaped and made us who and what we are today. In the Prologue — titled “Is Dissent Necessary?” — to her recent monograph, Voices of Dissent: An Essay, Romila Thapar reminds us that “[t]here should always be, invariably, in every modern society, the right of the citizen to dissent as part of the right to free speech... However much we may wish otherwise, Indian society — as indeed every other society — has not been a seamless harmonious entity, with little or no contradictions... Dissenting voices have been many, and have had a much wider articulation in the past than we are willing to concede.” The makers of independent India clearly recognized this, and made the right to dissent, in the words of a distinguished former Supreme Court judge, “the biggest right and... the most important right granted by the Constitution.” The Preamble to our Constitution grants to all Indian citizens “LIBERTY of thought, expression, belief, faith and worship.” The “Right to Freedom”, under the section on Fundamental Rights, grants all citizens the right “to freedom of speech and expression; to assemble peaceably and without arms; to form associations or unions or co-operative societies”, among others. Taken together, these rights allow, one might even say encourage, the expression of dissent, not at the level of the individual, but through collective, organized means.

Of course, dissenters, no matter how influential they may later turn out to be, are seldom welcomed by the powers that be. Here is Thapar again: “Those in authority generally see themselves as the established Self, and they are the ones who set up the dichotomous identity of the Self vis-à-vis the Other. Generally, it is the one who questions the Self that is described as the Other. This binary determines Otherness, helps crystallize status and power, and distances those without either.” Despite such opposition, dissent has been around since at least Vedic times, with the figure of the “the Dasi-putra Brahmana, the Brahmana Who Is the Son of a Dasi” appearing two millennia before the birth of Christ (another influential dissenter, albeit from another culture). In later years, dissenting beliefs/opinions became crystallized, and given names and designations such as Buddhism, Jainism, Bhakti, Sufi, or, nearer our times, what Thapar calls “Samajist Hinduism” (think of the Arya Samaj or the Brahmo Samaj). Our freedom movement was predicated on dissent, with its leaders willing to serve jail terms as the price for dissenting with prevailing laws and practices. But that was at a time when we were under foreign domination, and any opposition to colonial rule can quite rightly be seen as a species of dissent. What of dissent in a free and, at least notionally, democratic society?

Dissent is not the same thing as disagreement, or a difference of opinion. In his Foreword to T.M. Krishna’s recently-published The Spirit of Enquiry: Notes of Dissent, Pratap Bhanu Mehta makes the pertinent, but oft-neglected, point that “[t]he antonym of dissent is not agreement, it is consent.” He goes on to add, in the context of Krishna’s “notes of dissent”, that genuine dissent must exhibit two qualities — it must be undertaken “in the name of a ‘higher rule’” and should not be motivated by “a grammar of anarchy or the hubris of individualism, or rebelliousness for its own sake”; and, second, it must be “motivated by a consistent political and social outlook”. When the dissenter withholds consent, she/he does so not for her/his own sake, but for something beyond mere individual gain. The civil rights movement in the United States of America or the anti-apartheid movement in South Africa displayed such traits, and it is no coincidence that the leaders of both looked to Mohandas Karamchand Gandhi — perhaps the most influential dissenter of the last century — as their inspiration.

Dissent necessarily needs an ethics, even if it is one that evolves in the course of a (dissenting) movement, and it also needs to point towards alternatives to the position, or positions, to which it does not give consent. This is what makes dissent so threatening to established authority. In course of time, dissenters may even be co-opted into the pantheon of the establishment (think of how the Buddha was made into an avatar of Vishnu). In our own times, dissent is either bought off or sought to be minimized and dismissed as mere difference of opinion. When neither of these tactics is successful, you simply lock up the dissenter and throw away the key. But in doing so, you miss out on the opportunity of engaging in dialogue, which is perhaps the only way in which a true, working democracy can sustain and renew itself.